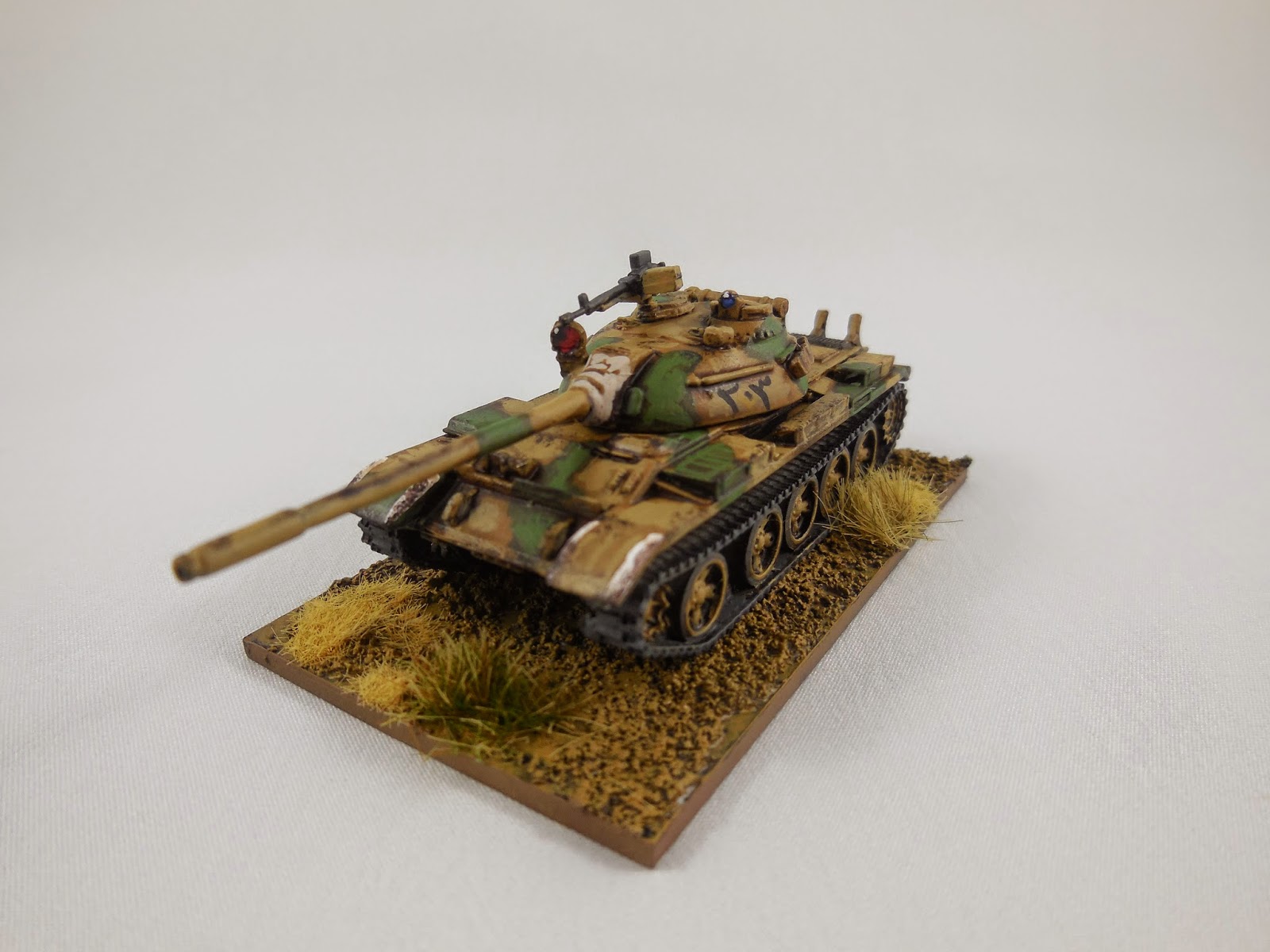 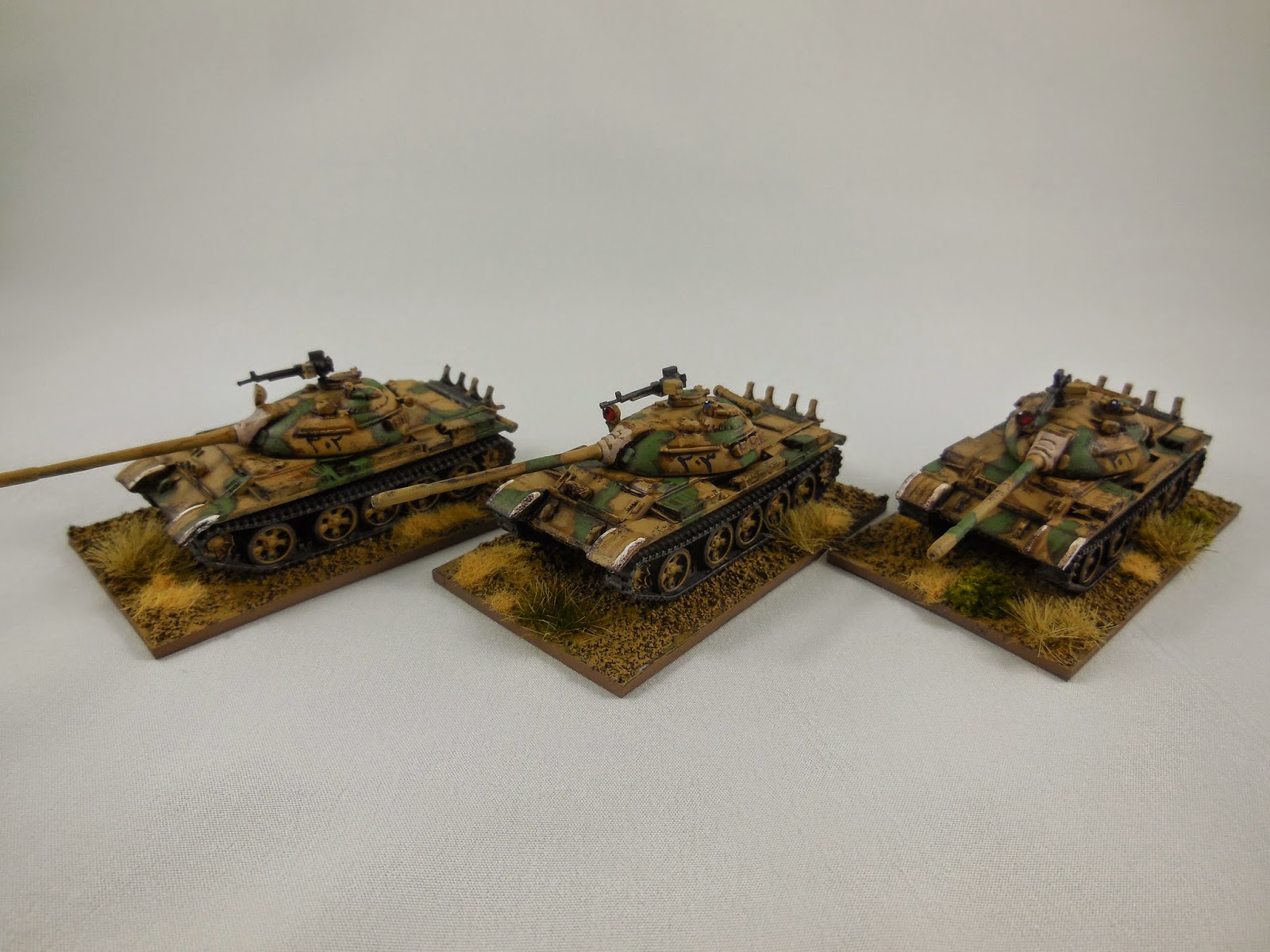 After painting a test PT-76, I've dived straight in with a platoon of T-55s, a Christmas gift from insane-new-project-enabler Greg. (Thanks dude!) They're resin models from Khurasan, and they are quite nice indeed. 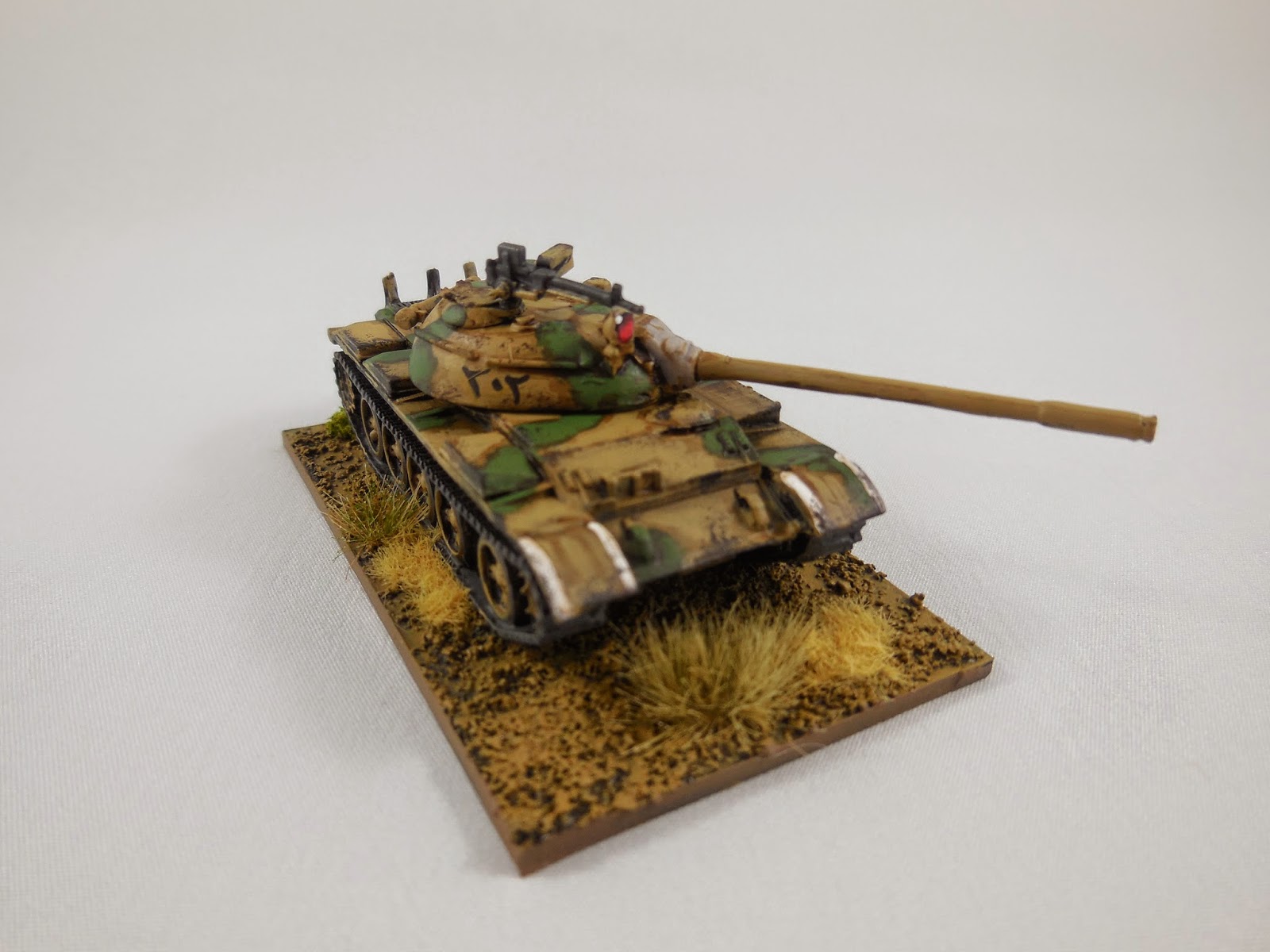 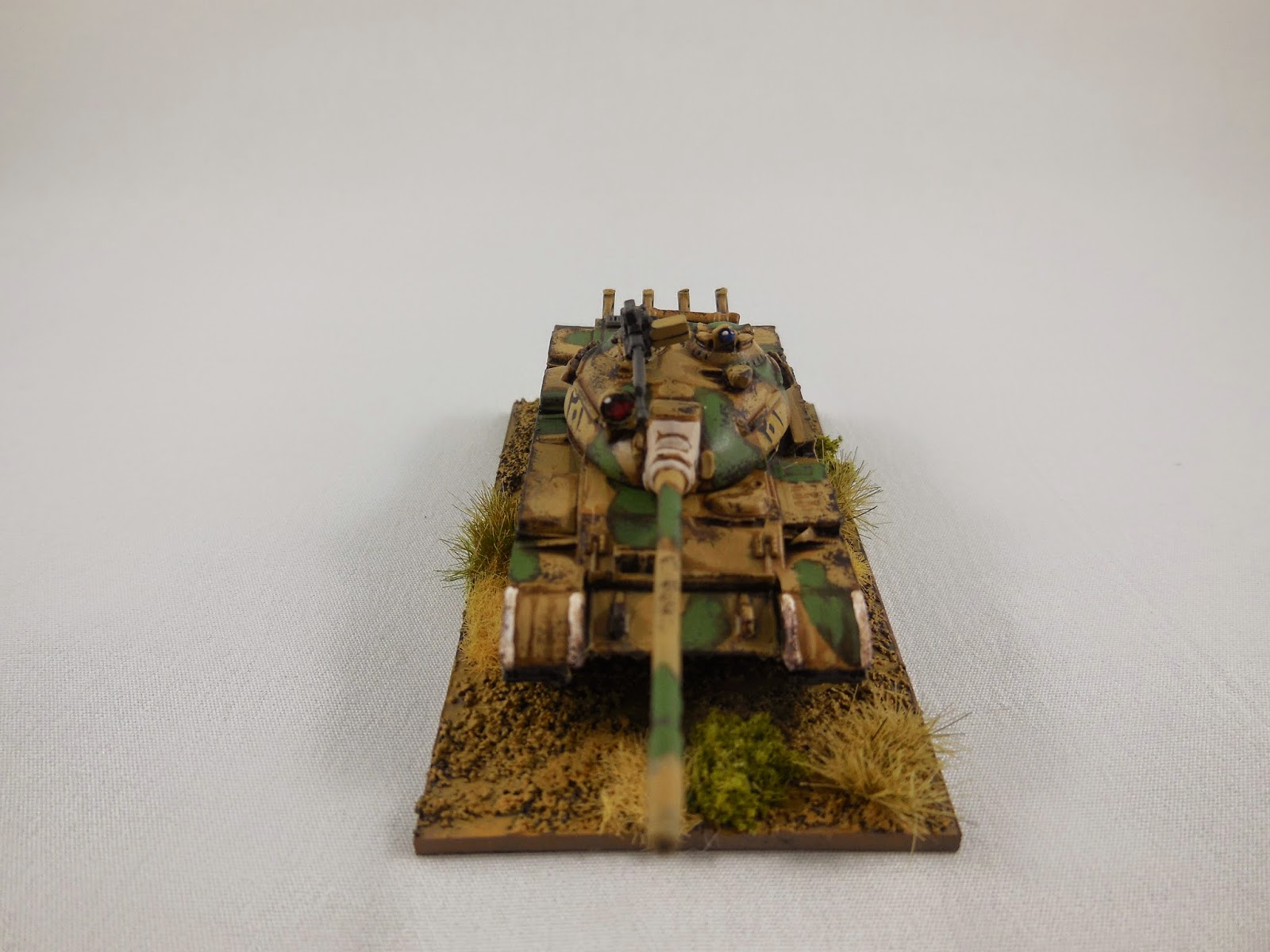 Paint the tracks and machineguns with Mechanicus Standard Grey, wash with Nuln Oil, apply chipping with sponge and a mix of craft black and brown paint. Base to taste! 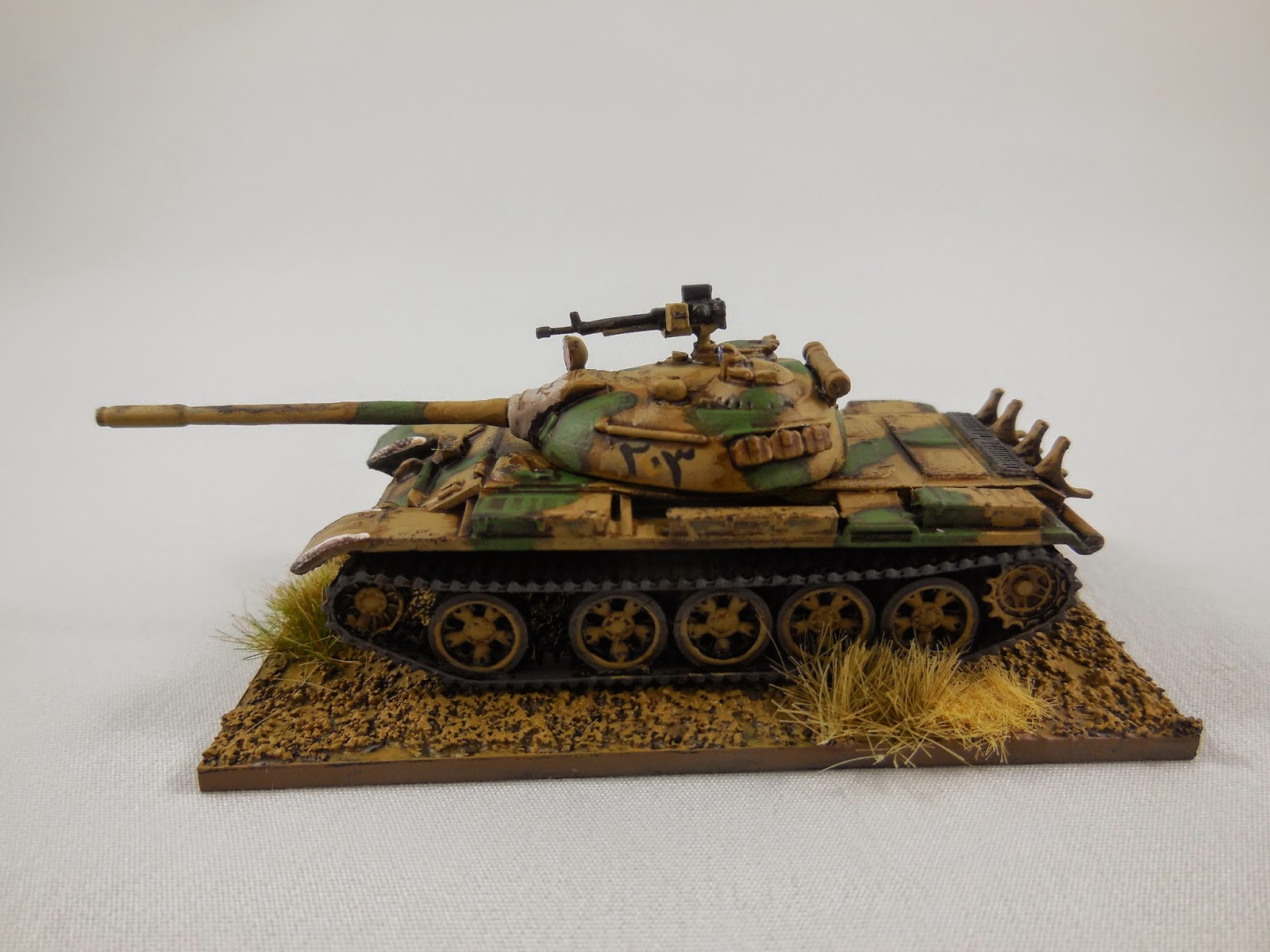 I painted some random Arabic numerals on the turrets as tactical markings. 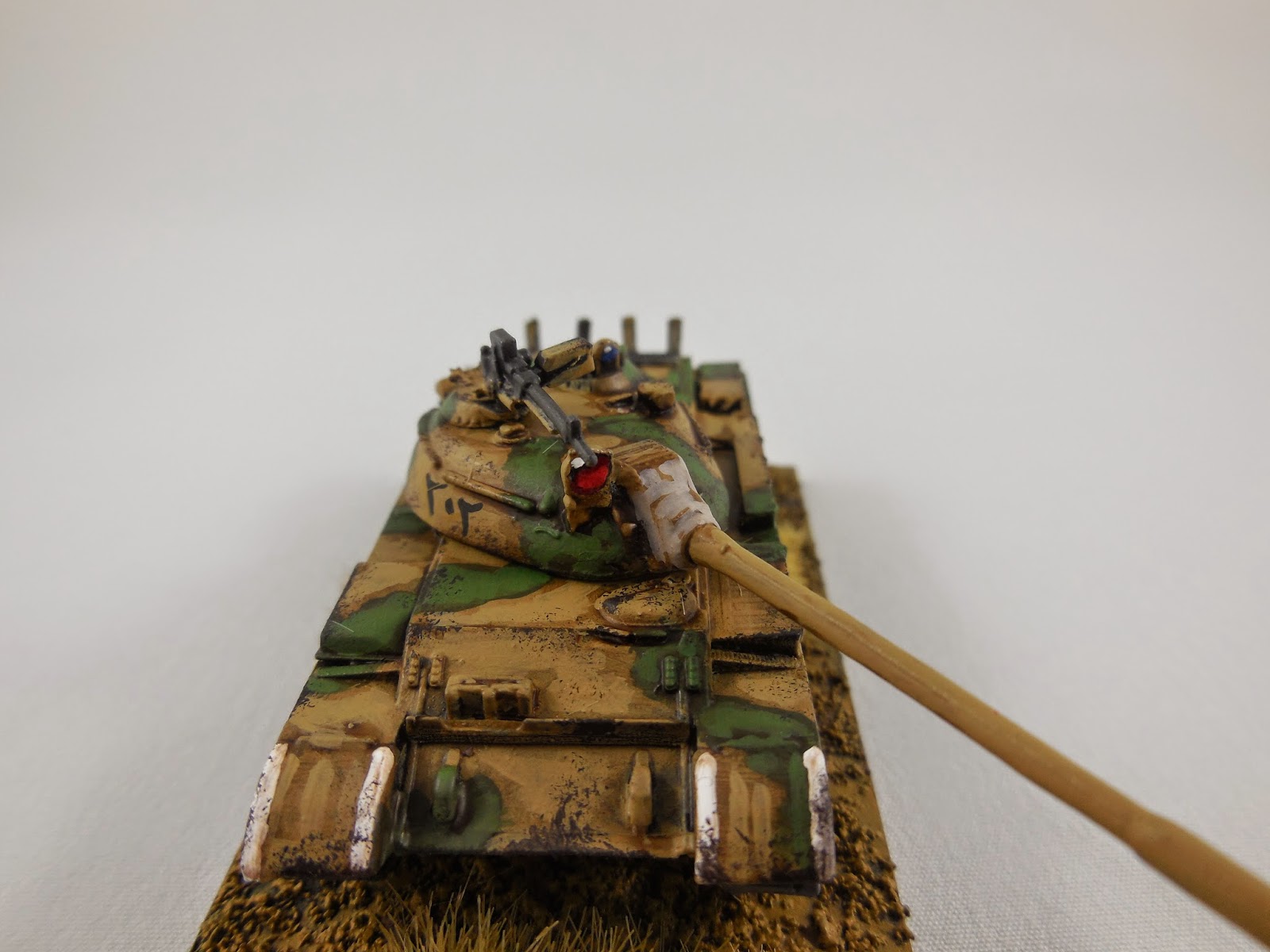 I read somewhere that the Egyptians used white stripes on the fenders as tac markings in 1973 as well. 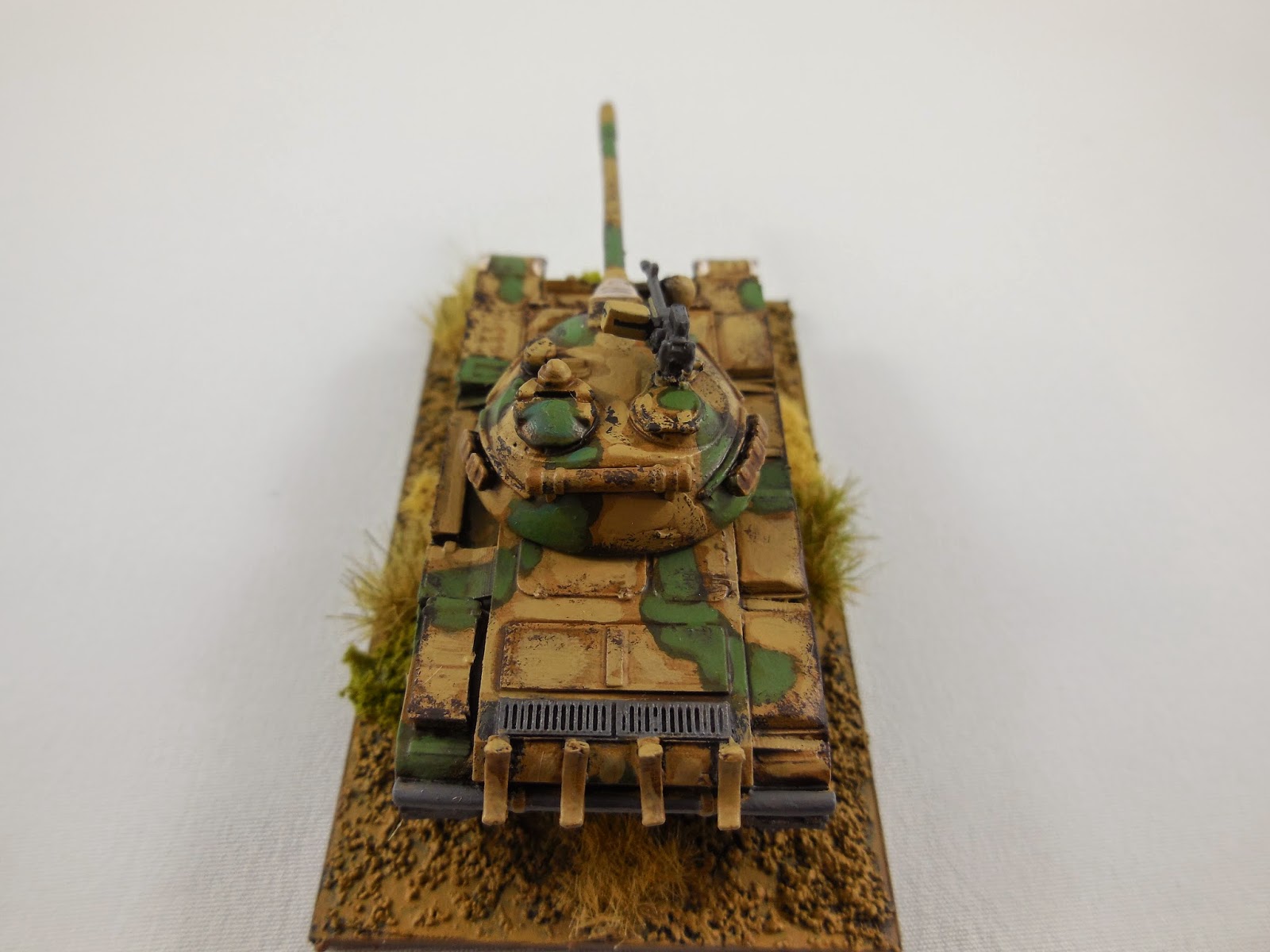 I also left off the auxiliary fuel tanks as I understand they were not taken into action. 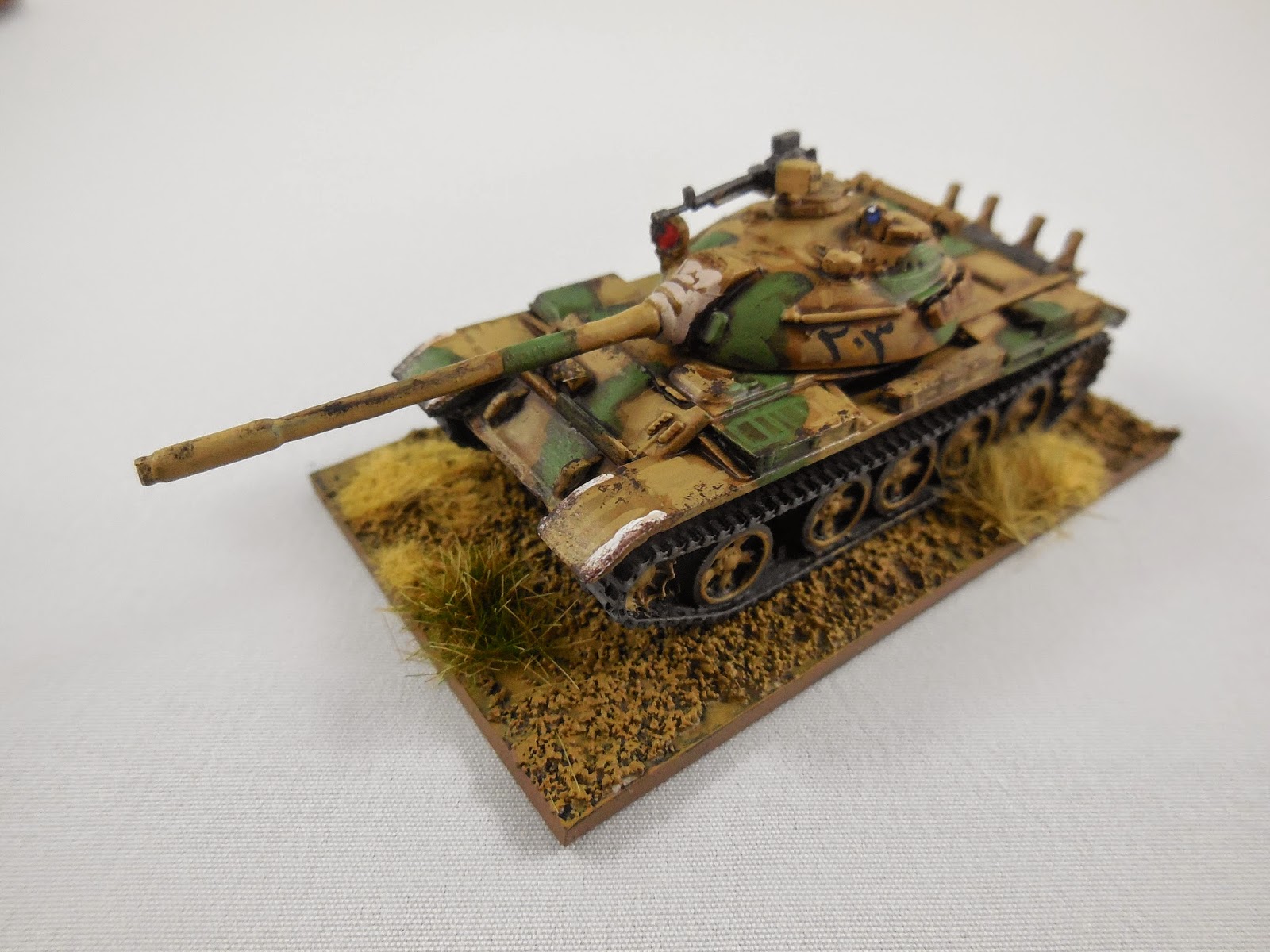 Should I add antennas?? They tend to get knocked around during painting so I add them at the end, but it just occurred to me that none of the vehicles have them. I'll have to ponder that. 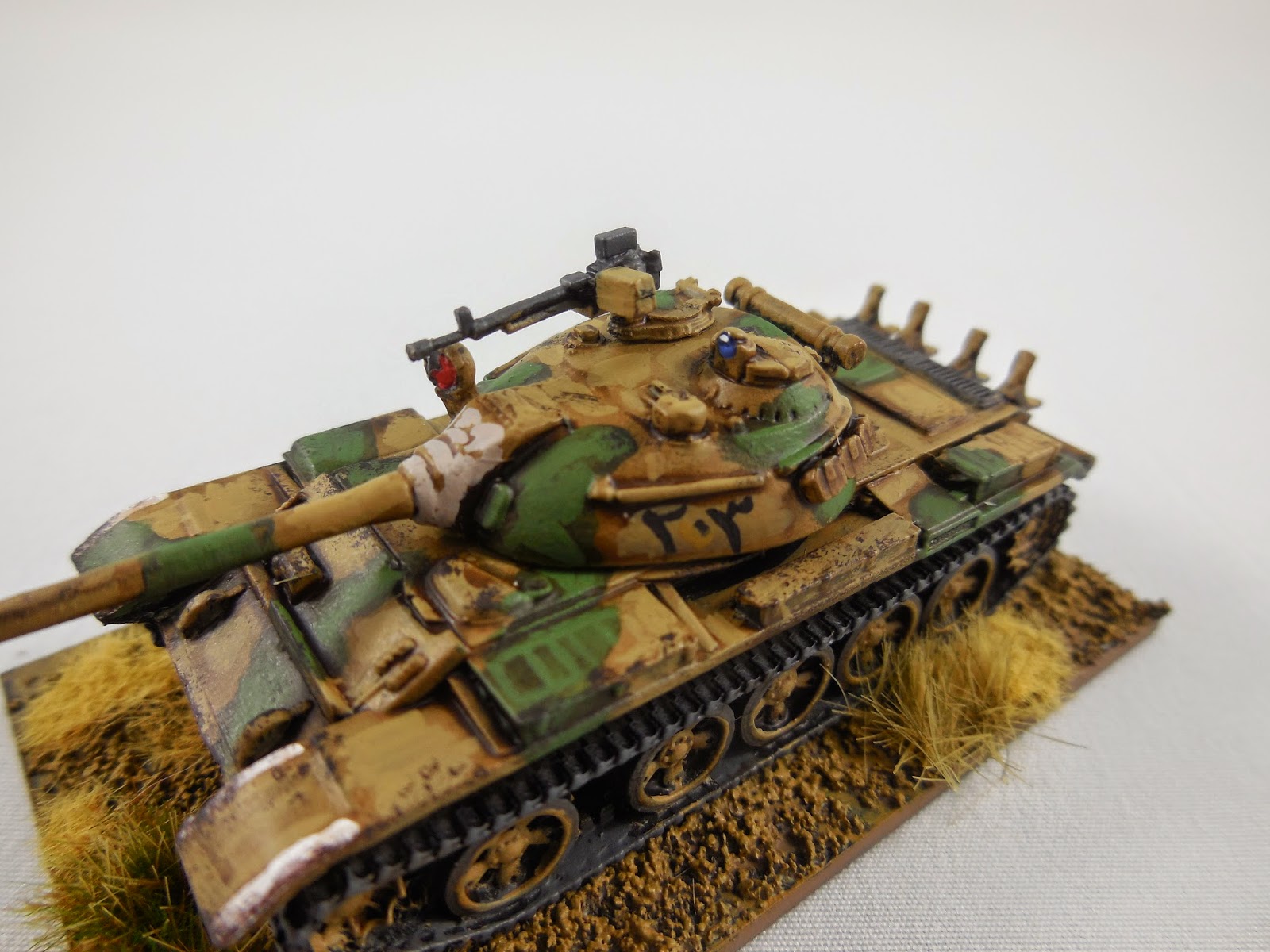 I really like these models! I may need to get more, particularly considering Greg's comment that "they'll look great burning in the desert"! 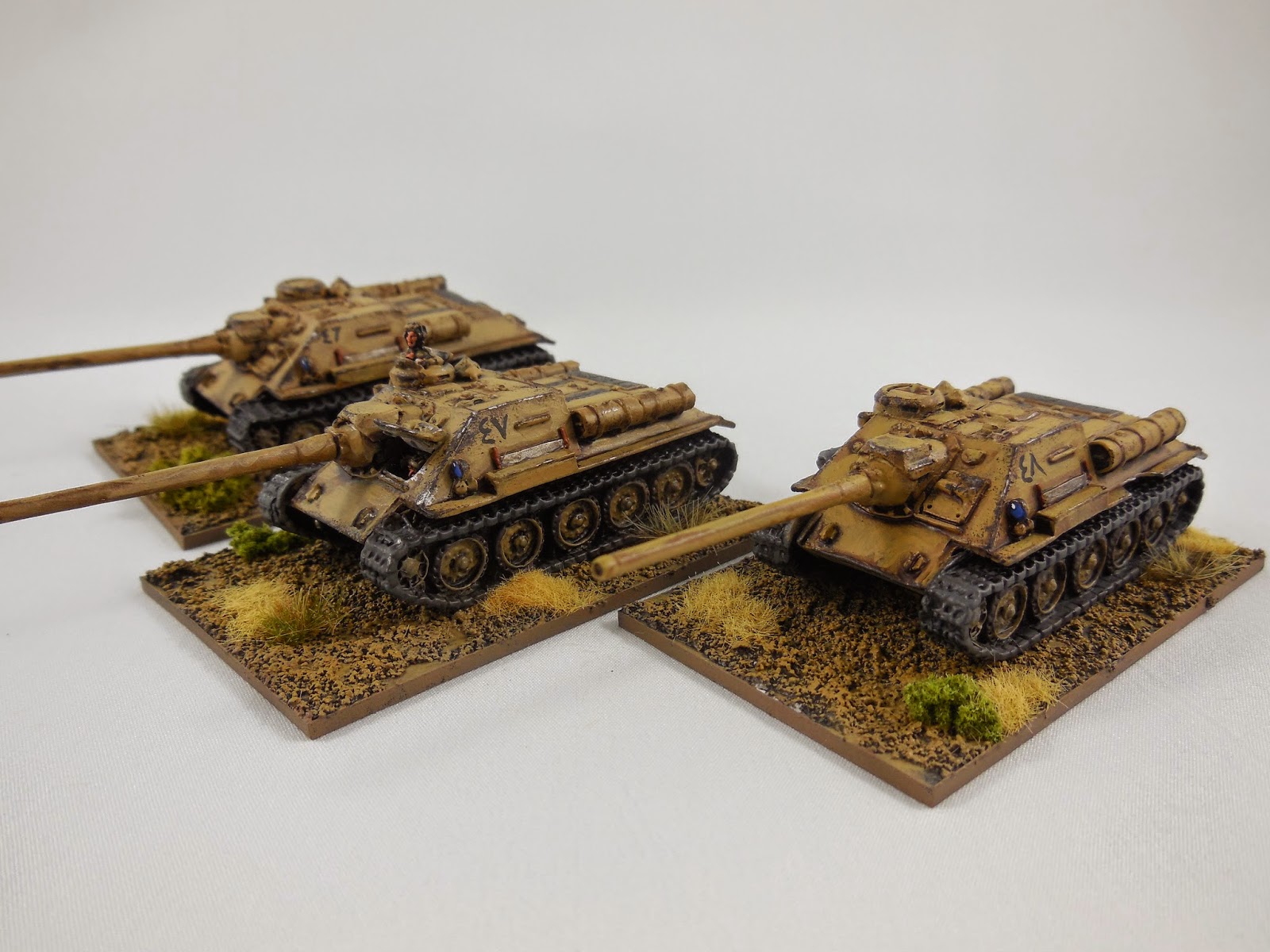 This platoon of SU-100s was next in the queue. Also courtesy of Conscript Greg - I swapped him a very nice copy of Warhammer Fantasy Battle 3rd edition that I found in a used bookstore. New insane project escalation goes both ways, I hope! 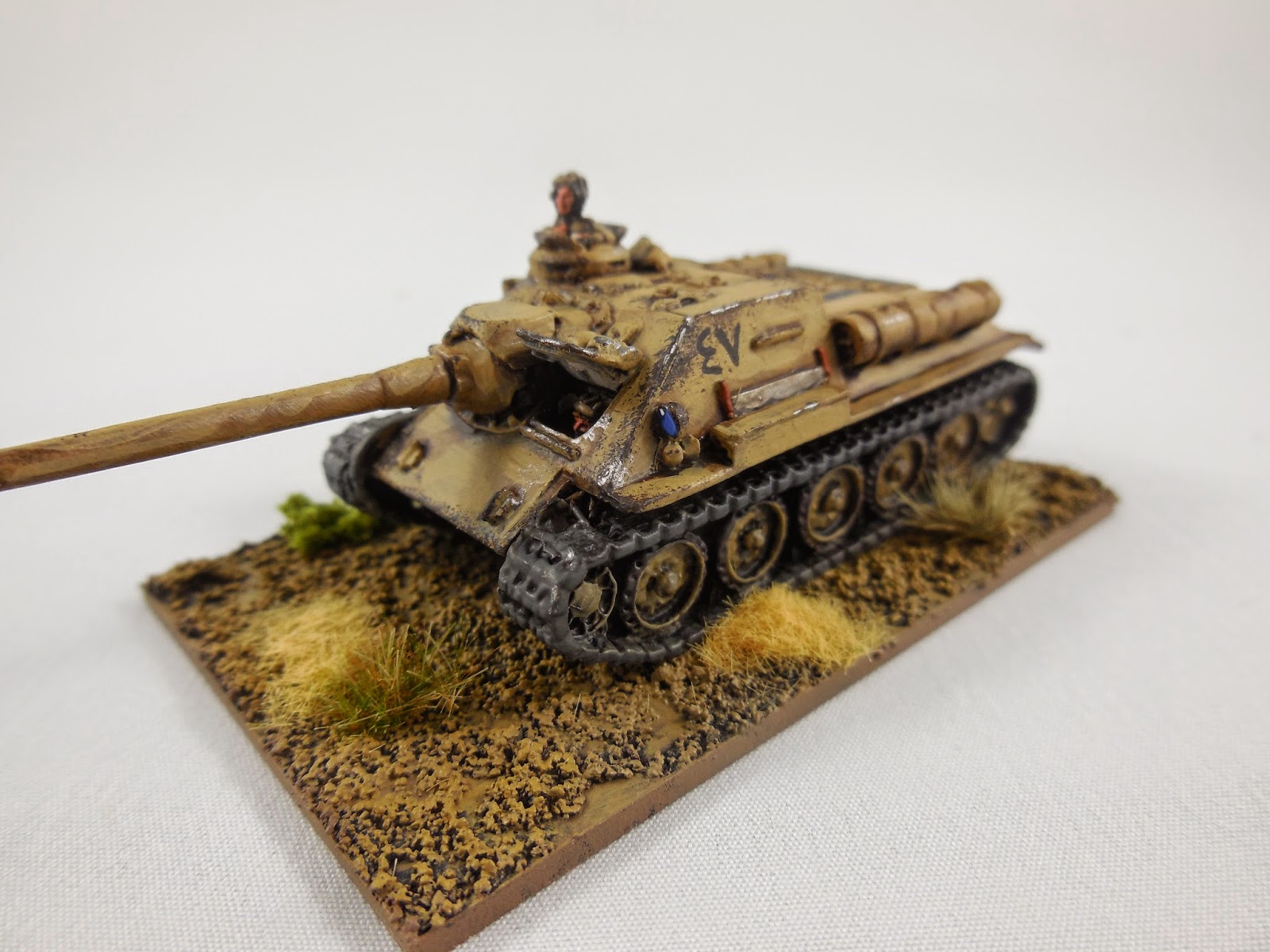 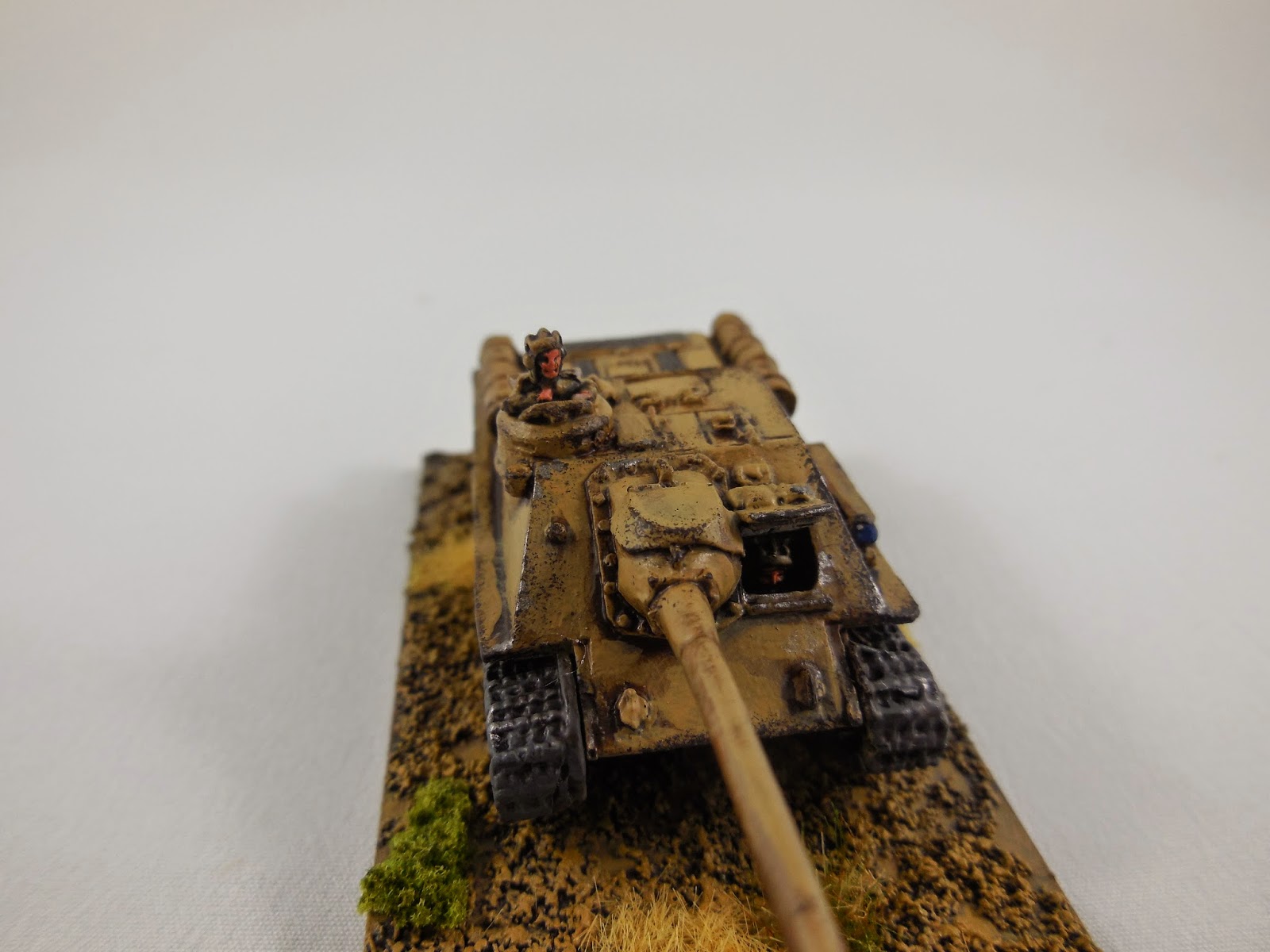 The "command" vehicle comes with a very clever molded-in driver and separate hatch. I added the commander as well. 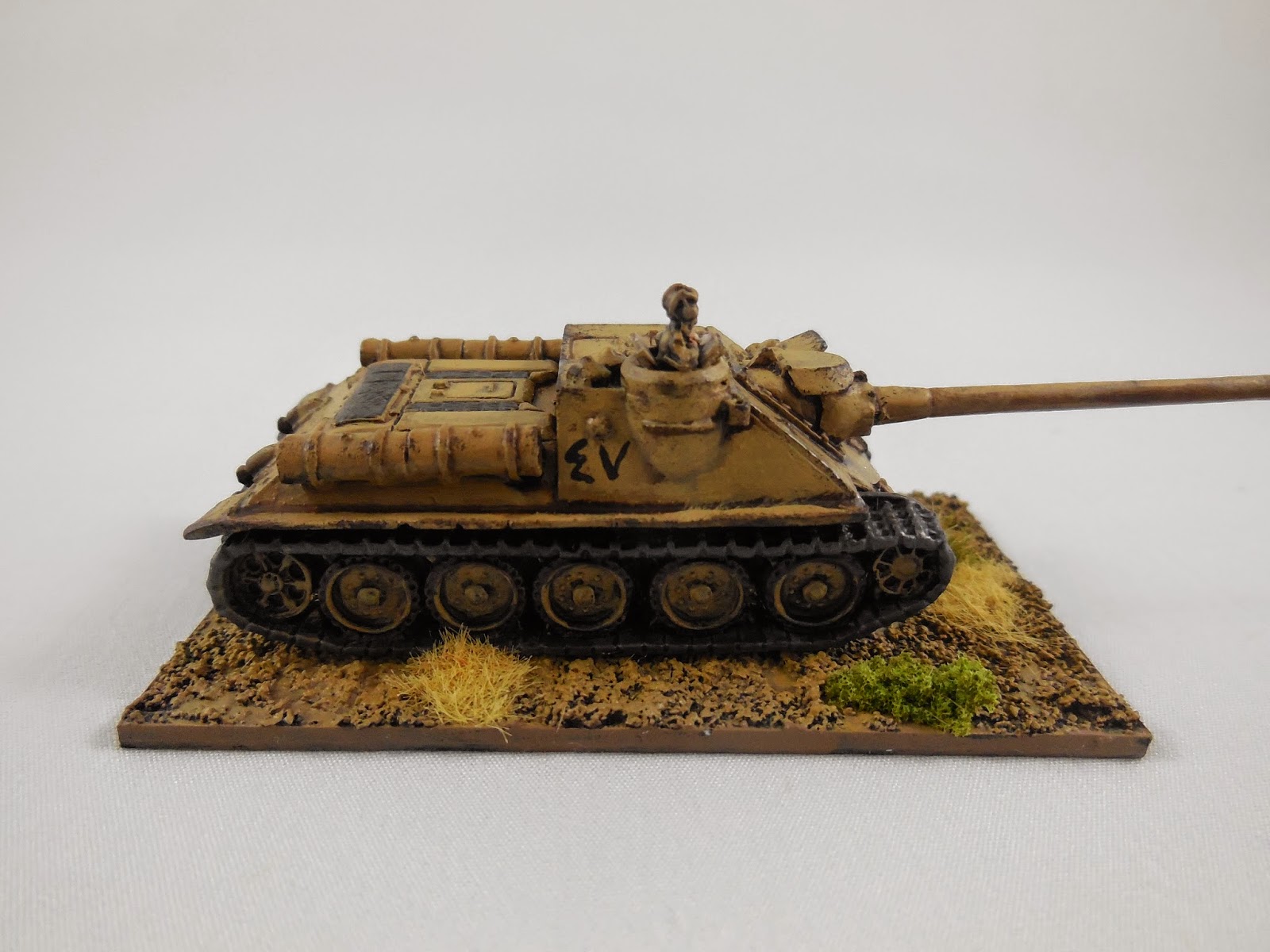 The vehicles were painted in the same style as the T-55s, sans camo. I did find one annoying thing during painting, though - the new pot of Zandri Dust I picked up last week is noticeably darker than the pot I'd just finished. Very annoying. 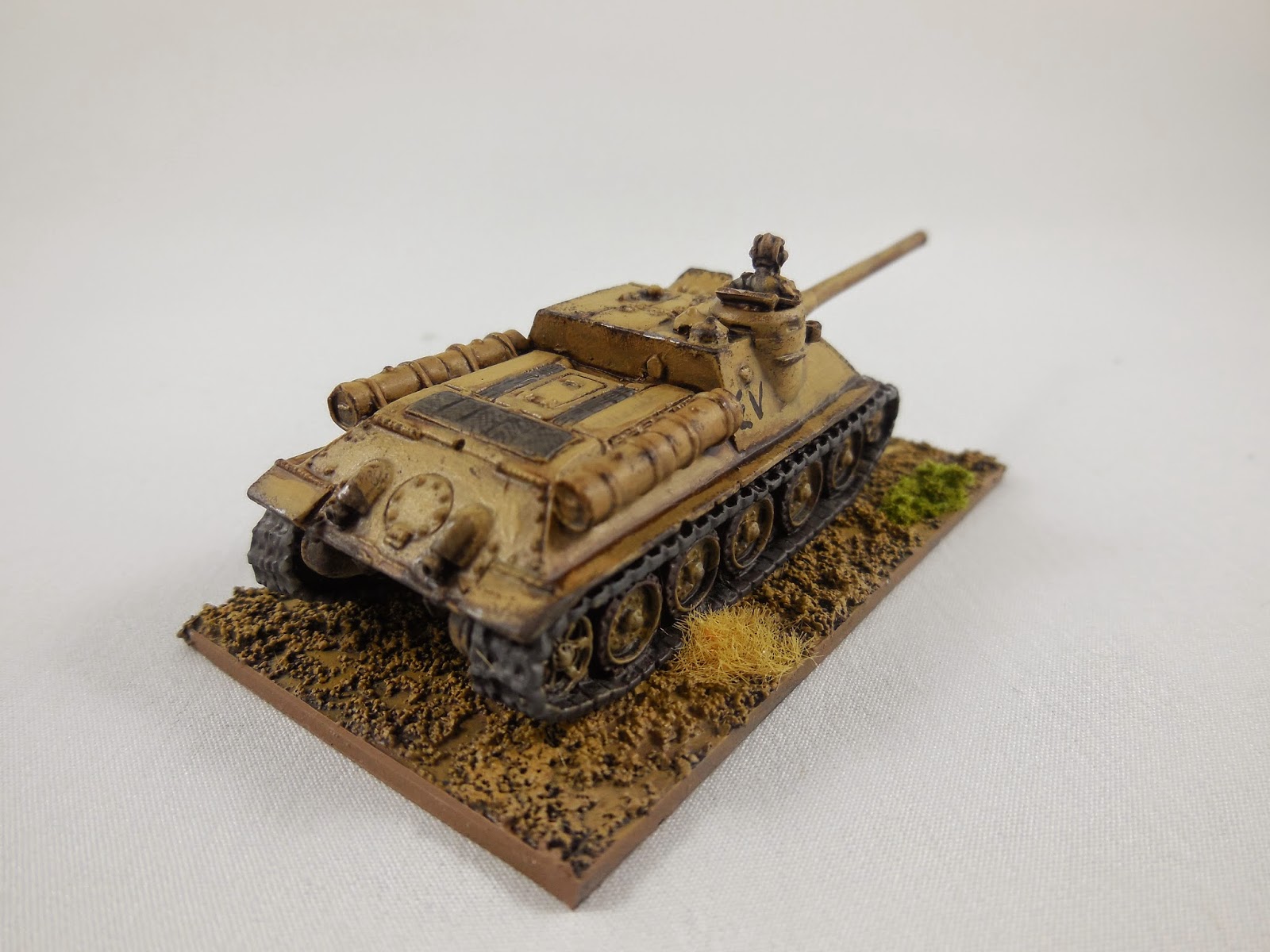 Fuel tanks were molded onto the hull, mostly, so these vehicles will take them into action. 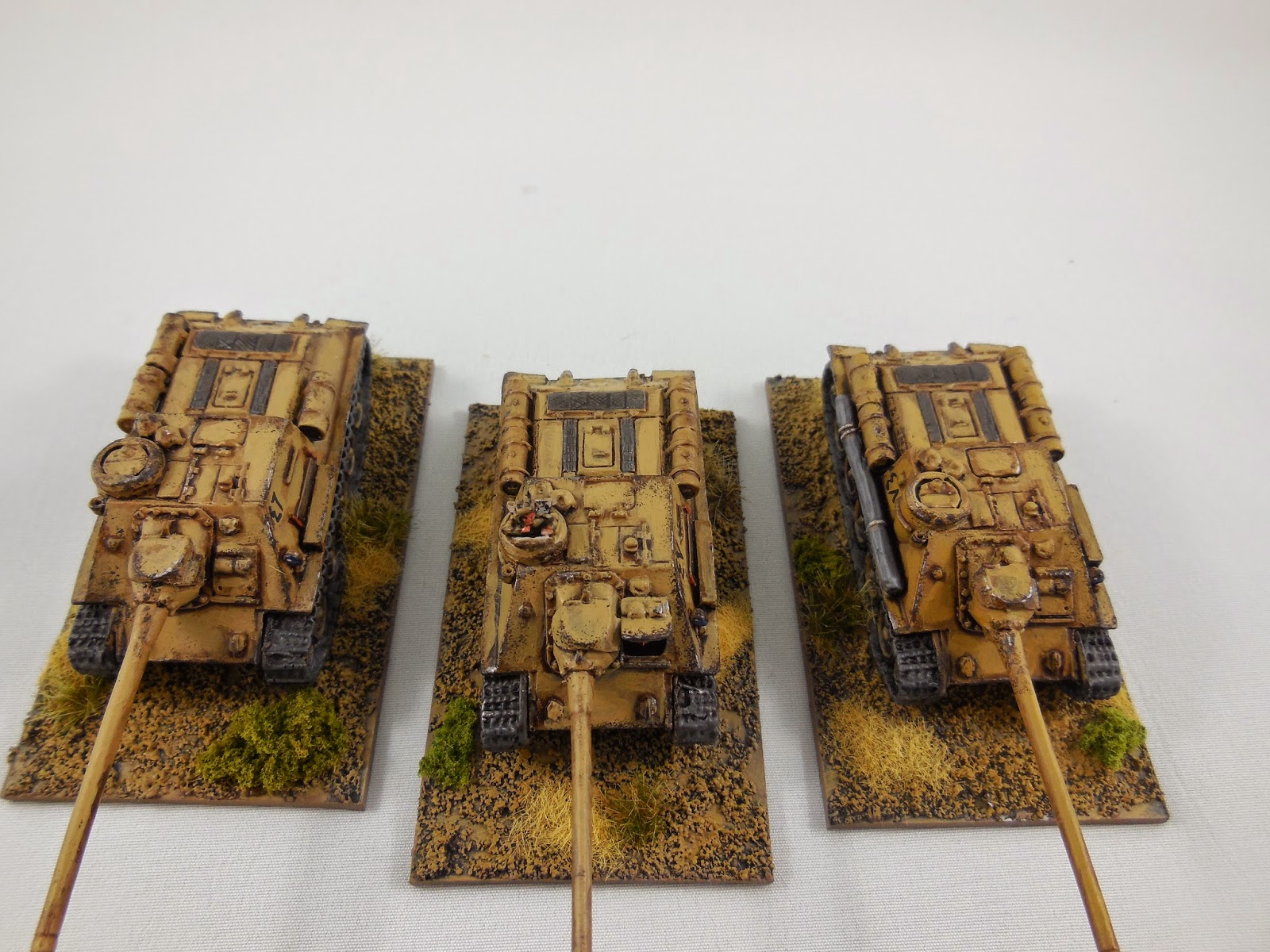 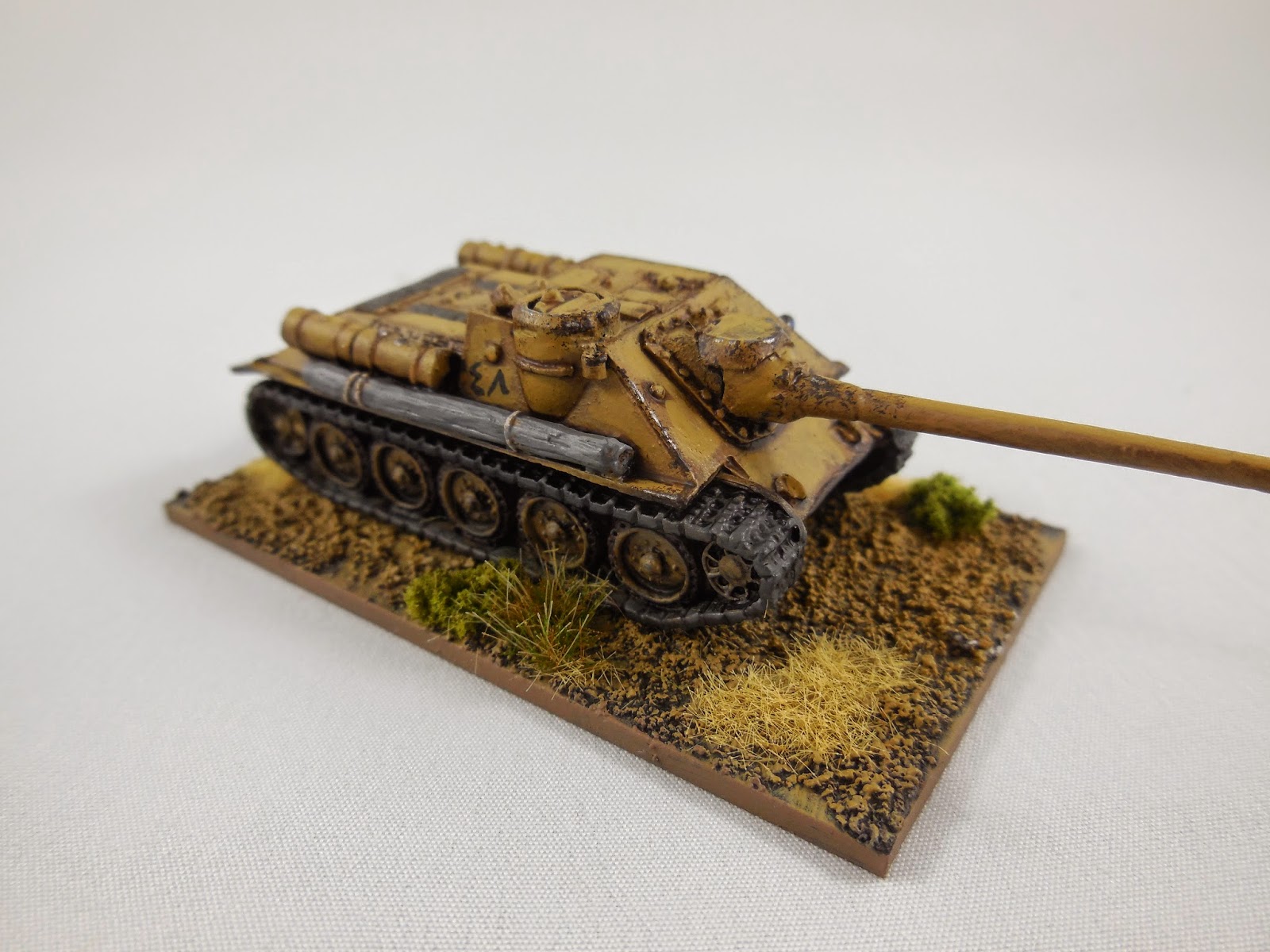 I used a variety of flocking materials for the groundwork - some spongy green stuff that fell of my Woodland Scenics trees, GW static grass, and Army Painter tufts. Those things are pure magic. 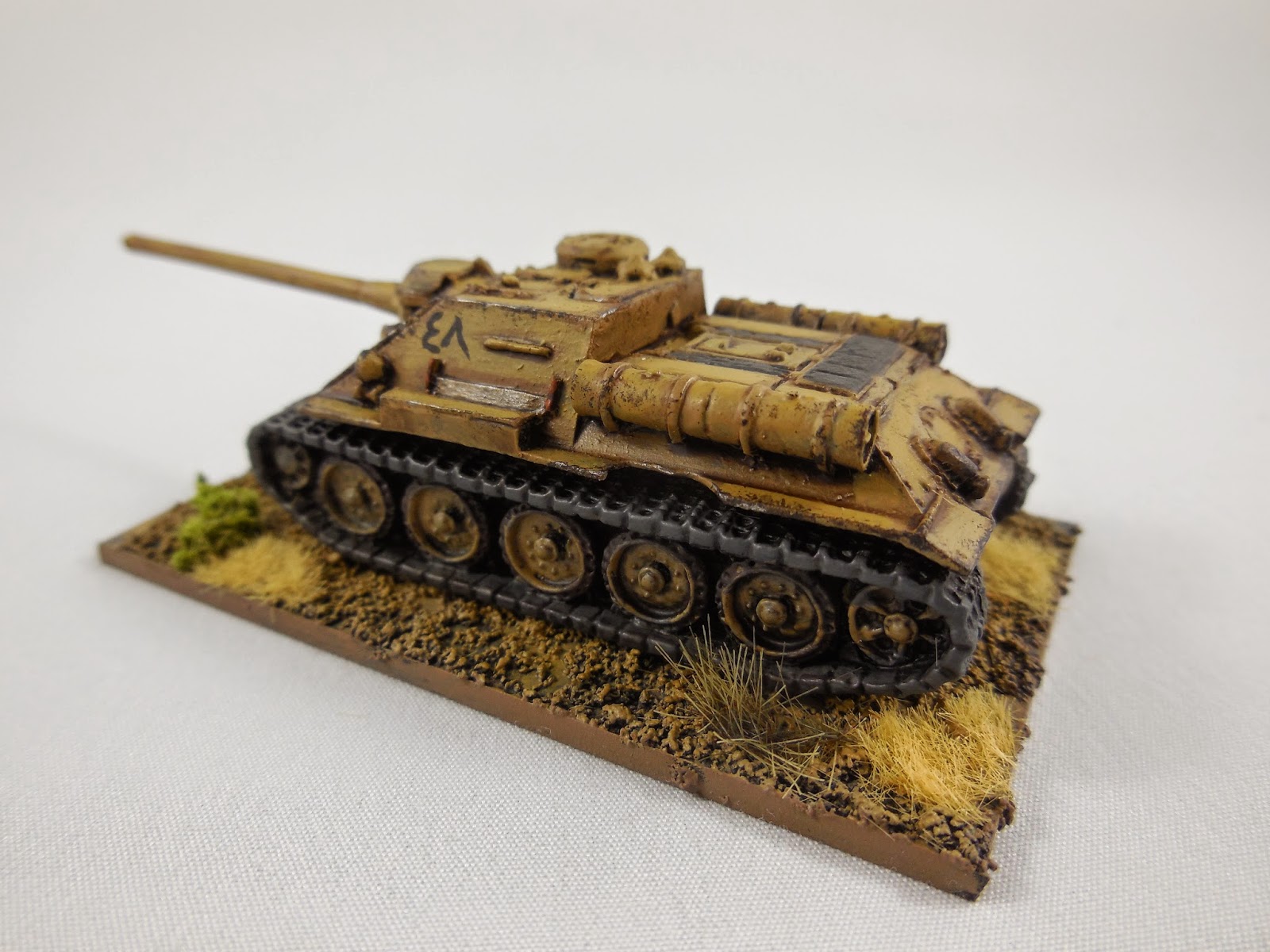 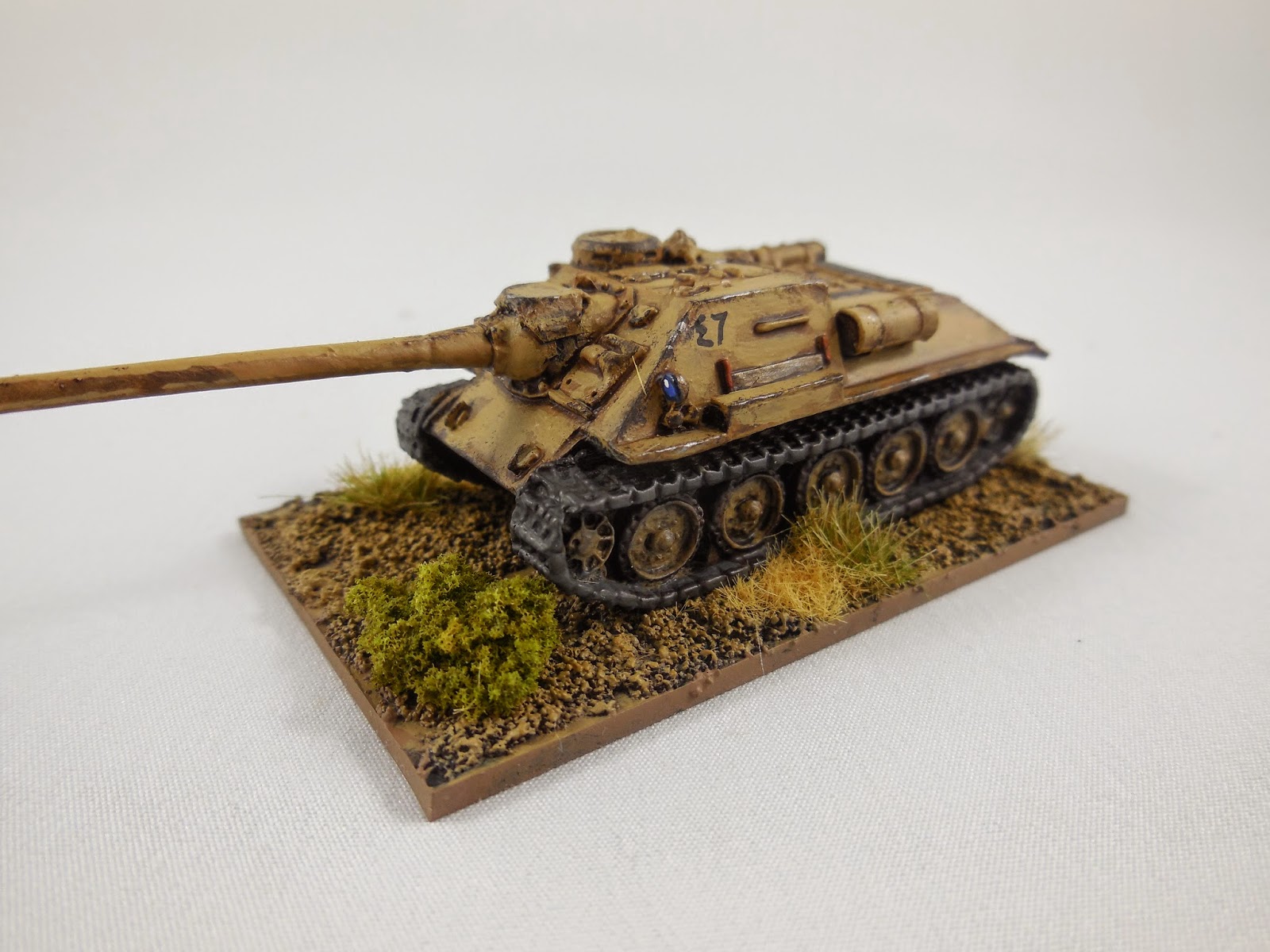 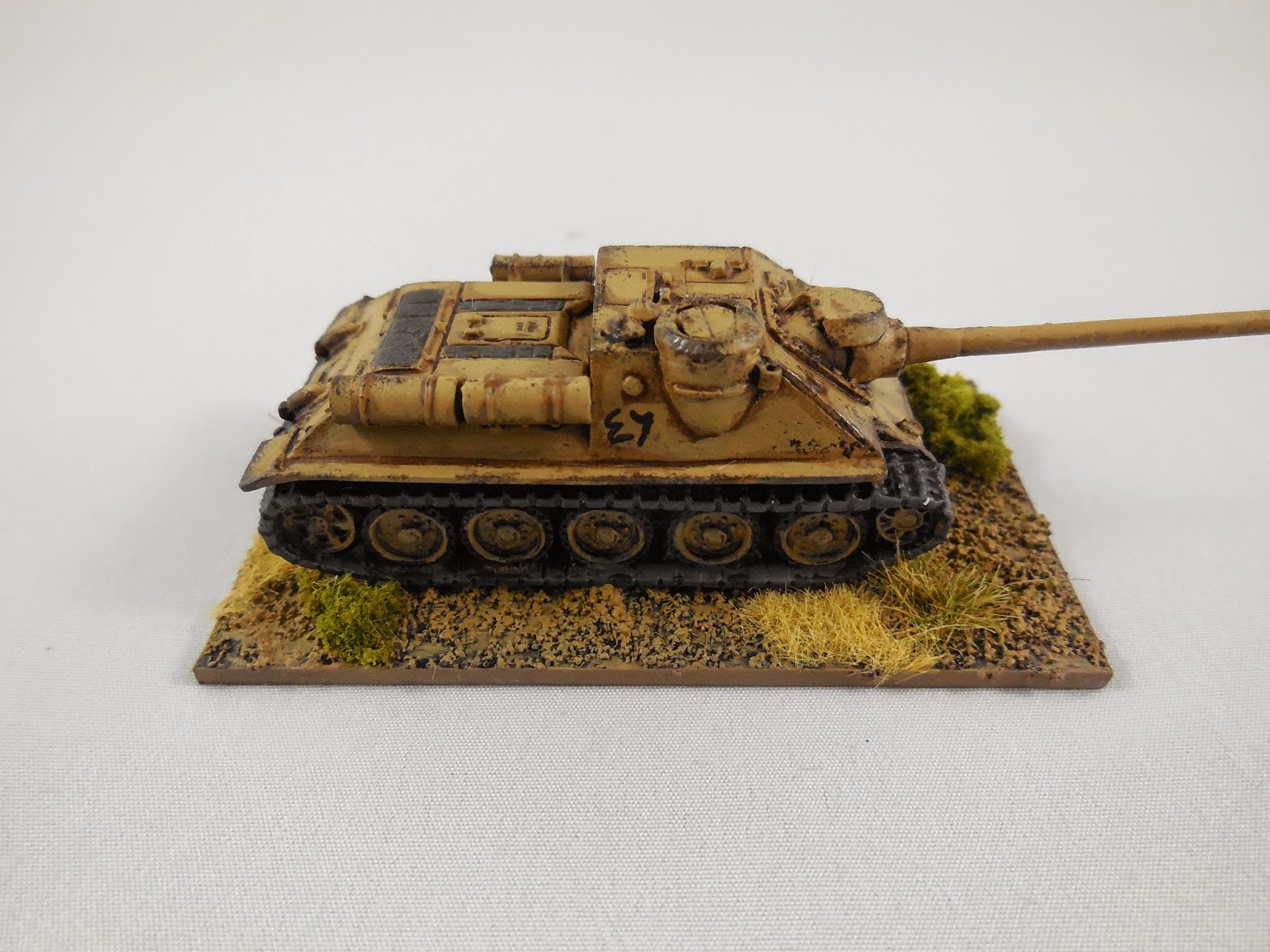 Well, there you have it. Two platoons of vehicles for the Egyptians, a good start towards the Arab forces for the participation game that Greg and I are running at PrairieCon in Brandon in early June. Next I'd better get at the infantry platoon...
Posted by Dallas at 9:41 AM

Those Khurasan models are really nice. And I have always loved the Battlefront tank destroyers (which are now in plastic, apparently).

My sarcasm aside, that is plenty of tanks for a Chain of Command, Bolt Action or Red Storm game.

On the other hand, way, way too few for a Flames of War game, so you had better order a company of the buggers from Khurasan! :)

Superb looking tanks. Those Khurasan T-55's are real beauties. I'm working on my own collection of T-55's for my fictional War in Africa, but I have quite a ways to go before I can catch up with your collection.

They look excellent and the colors simply pop!