Escape from West Staines - the pictures

"Booyakasha!" A few weeks back, we put on a zombie skirmish game loosely based on "28 Weeks Later". I wanted a British flavour to the game so I decided to set the game in a neighbourhood that sounded kinda run down and a bit nasty - "Staines" fit the bill. I mean, who calls their neighbourhood "Staines"? Only people that are chock-full of awesome, that's who! 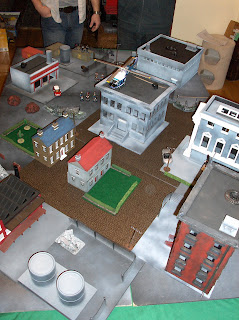 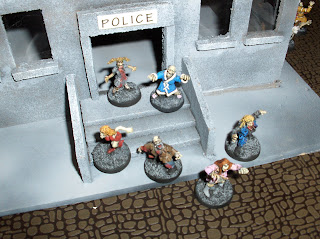 The premise of the game was simple. The lads each took a "gang" (cops, gangsta types, corporate suits, SAS, mercenaries, criminal heisters, etc.) and started from the far corners of the table. The objective was to get to the helicopter on the roof of the police station and be on it when it took off. Of course to get to the chopper you had to fight through waves of zombies and the occasional unco-operative fellow player... 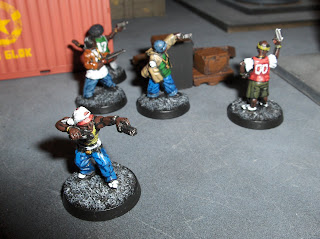 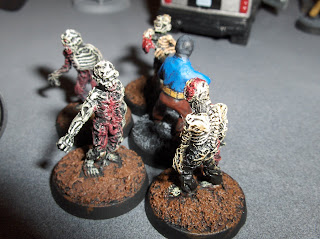 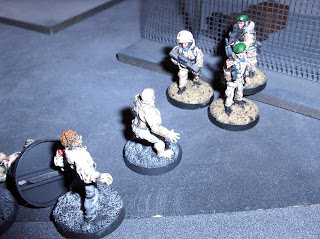 SAS menaced by the infected 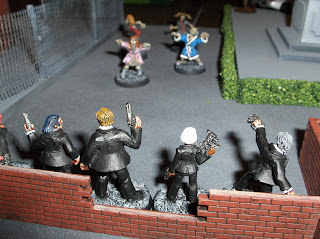 The suits with their backs to the wall 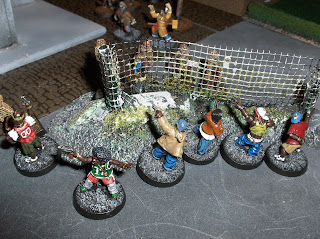 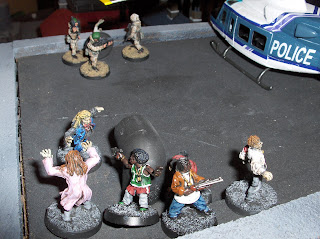 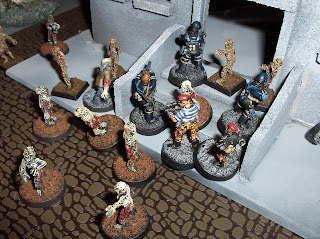 "I think we're in trouble!" 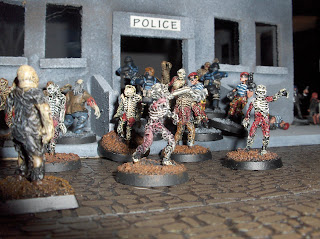 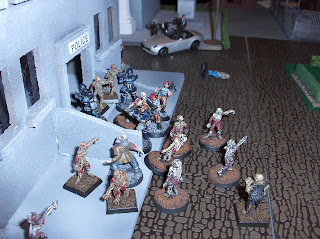 A fun game and great looking too! Thanks to Mike F. for supplying buildings and Infected, and Jake R. for generously letting me use some commissioned figures in our game.
Posted by Dallas at 11:23 AM

I used to live in Staines, but I don't remember the zombies :-)

It was a great game. The only casualties that my team suffered were at the hands of un-cooperative fellow players. For more zombie fun, check out http://www.youtube.com/watch?v=yVxsgFgbt9k