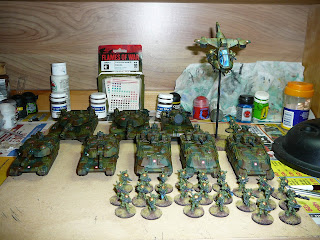 Here's the most recent 15mm sci-fi force. I basically wanted an excuse to paint up some siler tanks. All models are Khurasan except the AA tank which is from Critical mass games Merc range. Infantry are from Blue Moon manufacturing. 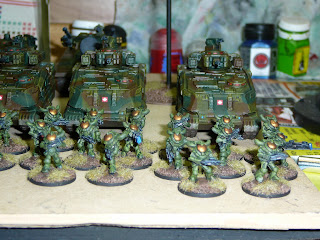 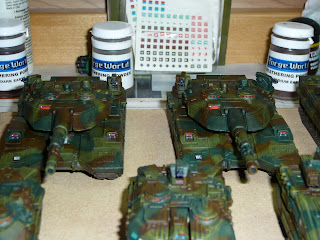 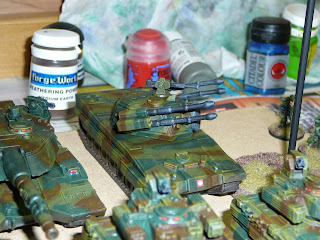 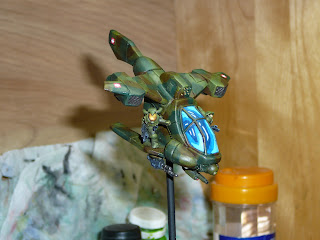 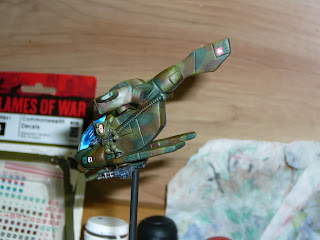 I can't remember what this thing is called, but it's also made by Khurasan. However, it is not available as it possibly infringes on the IP of a popular video game. The guy from Khurasan sent me one as a gesture of goodwill for misplacing an order of Siler tanks. I must say, I'm quite satisfied with the screw-up. I just added the two infantry and landing gear guns :P
Posted by MFraser at 1:23 PM

Awesome stuff there! Don't think it's a "possibly" in the IP infringement either!

Beautifully painted force. I'm not a Scifi gamer, but these are great. Best, Dean

Top work- it's nice to see the Blue Moon figures being featured as well- they don't appear to get much of a look ion compared to others.

It's kind of funny how Khurasan was quick to pull that flyer out of production in fear of an IP infringement when he has a ton of other lines which basically rip off ALIENS, PREDATOR, ROBOCOP, TOMB RAIDER and several other movie and videogame franchises...