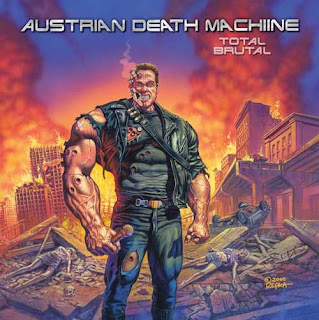 Last week Conscript Bill was kind enough to host a game of Shako. The scenario was an Austrian rear-guard action near the town of Tarvis during the 1809 campaign. The French army was racing with its usual aggression, and the Austrians under Archduke John were countering with their usual decisive indecision, retreating through the mountains toward Austria proper (at least, I think Austria proper - I'm pretty bad with Imperial geography).

Brian, Dallas and Mike F. took command for Napoleon's lackeys, while Dave V. and myself played the Austrian side. Here are some pictures from the game - the models are 15mm scale. 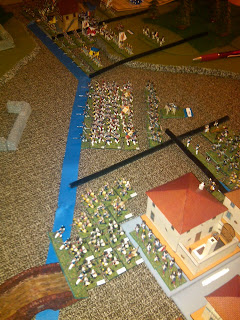 The Austrian forces were not that impressive, but they had the benefit of terrain and many redoubts to choose from. On the downside for the sausage-riders, the French outnumbered them to a significant extent, and even with the potential of reinforcements. Some of the French troops were of lower quality, but so were many of the Austrian defenders.

Scenario designer Mike H. was on hand to share some insight into the previous games, and Dave and I pretty much figured the way to go was to avoid the tempting line of fortifications for the most part and let the huge French army get stuck in a traffic jam while we flayed them with artillery. 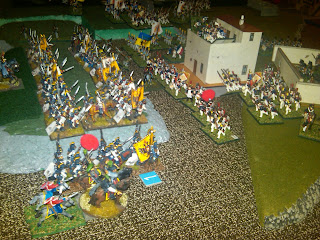 Without low-balling it, I can safely declare with 100% subjective-free bias that the Austrian plan was a huge success. Although you could tell hanging back and waiting was a challenge to Dave V's normally aggressive gaming preferences (and he did contemplate attack orders pretty much every turn), we were able to dish out serious abuse with artillery while the French columns ground forward.

Mike F's cavalry brigade saw my Hussars off in the early going, but after that they were stuck near the town. I would claim that this is exactly what I wanted to happen, but even I know that is BS... 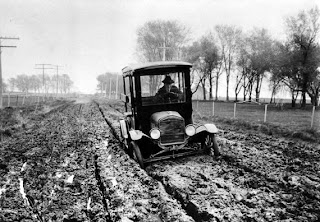 What happens in Shako when you roll "1" for your couriers...

A definite highlight of the night had to be when Brian tried to change their orders, and sent TWO couriers, but rolled snake-eyes, indicating the hapless ADCs had been abducted by roving Hungarians. Thankfully, details of their true fates were abstracted. But needless to say, faced with Austrian units hunkered down in fortifications, the French cavalry could only wait for the infantry to sweep the defenders. 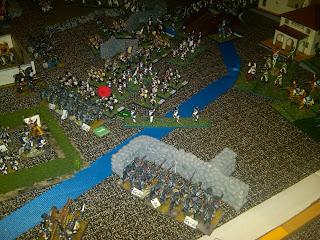 Lucky for us, the Austrian defenders had laser-sighted, rifled muskets! Charge after charge was halted with musketry, giving our cannons yet another turn to hammer the tightly packed columns. 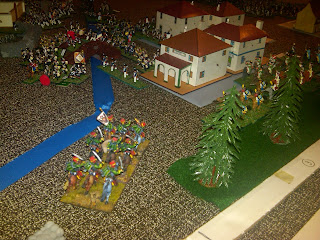 By the time we had to call the time, one French brigade was wavering, while the Austrians were loving it. No doubt that a few more turns would probably have swung things to the French as fresh brigades came up, but we held on for the Gav-Thorpe-certified-moral-victory(TM).

Many thanks to Bill for hosting, and thanks to all of the gamers who came out!
Posted by Greg B at 9:12 AM

Great report Greg - love the "Austrian Death Machine" graphic... something tells me that one will reappear again! Thanks again to Bill for the game!

All those French assault columns looked awesome. At the end, I couldn't believe the number of "6's" the Austrians rolled to beat off the French attackers.