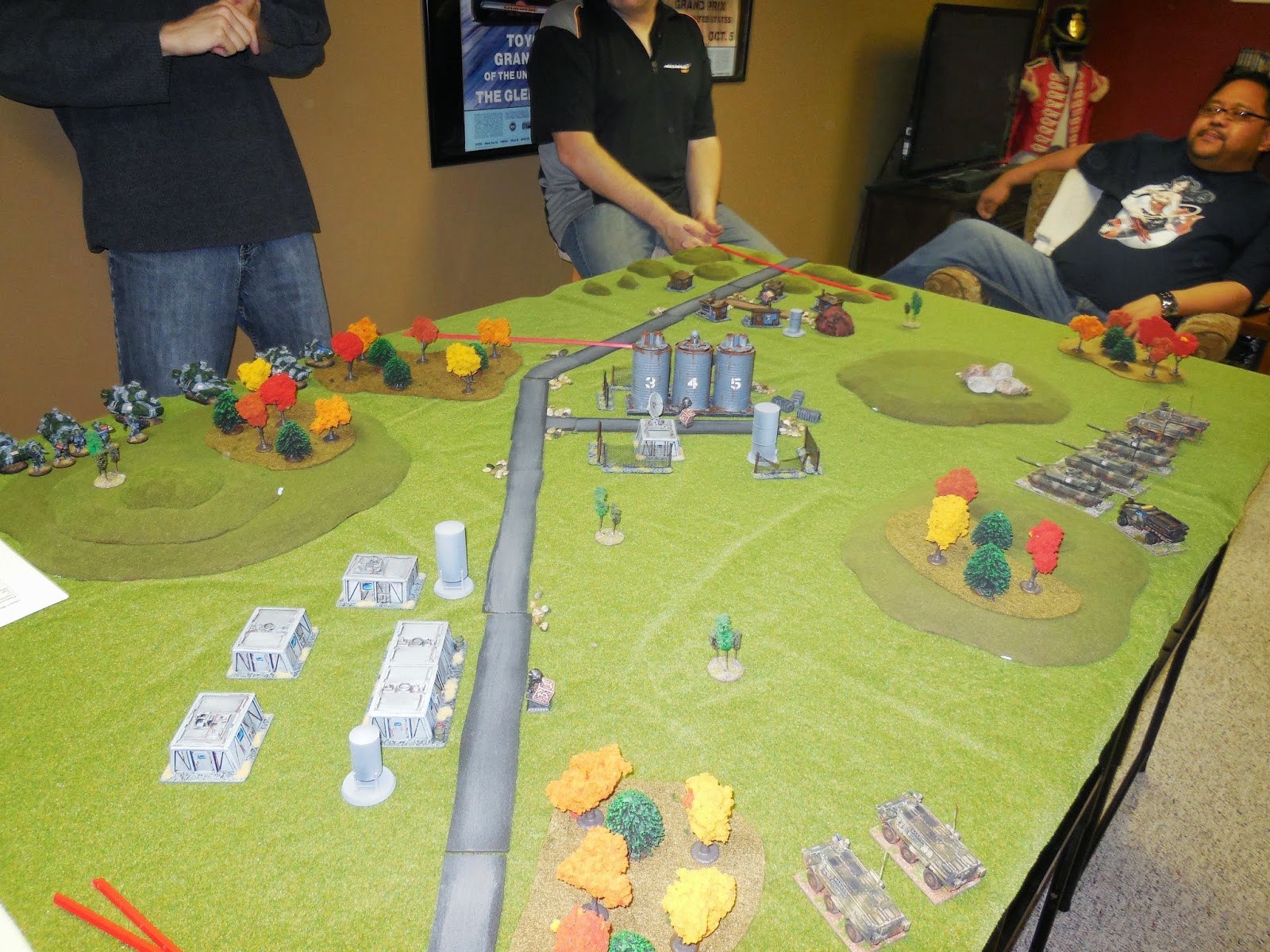 A few weeks back I set up a 15mm sci-fi game for the Fawcett crowd, and managed to get Conscript Mike F. to bring out one of his many armies to take on my GZG NAC force. 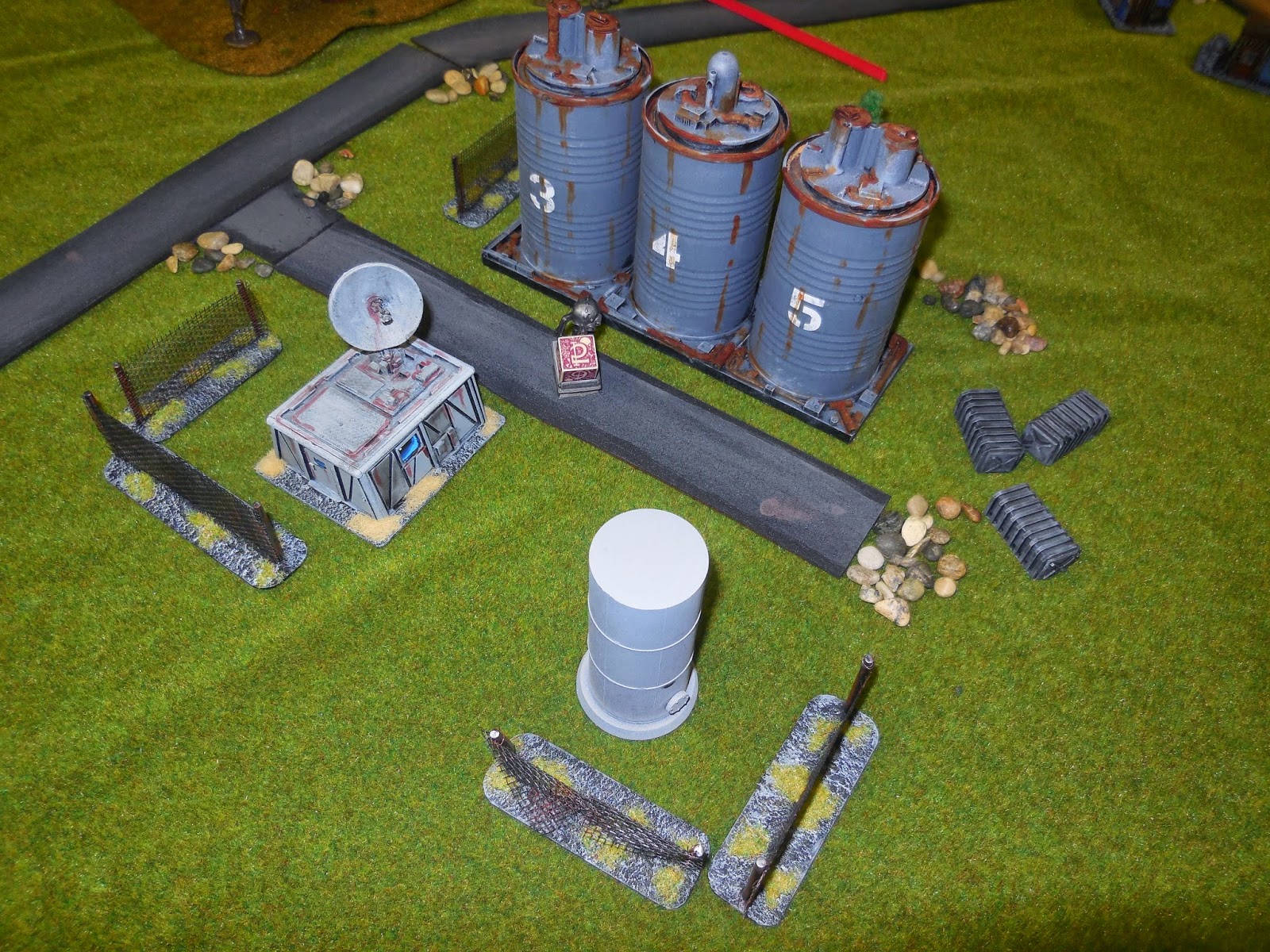 I set up a pretty simple scenario - three objectives, random game length, the side that controls two out of three objectives, wins. The twist was that each side had a unit of field engineers and if that unit controlled the "sludge tanks" objective (above), it was worth extra victory points. 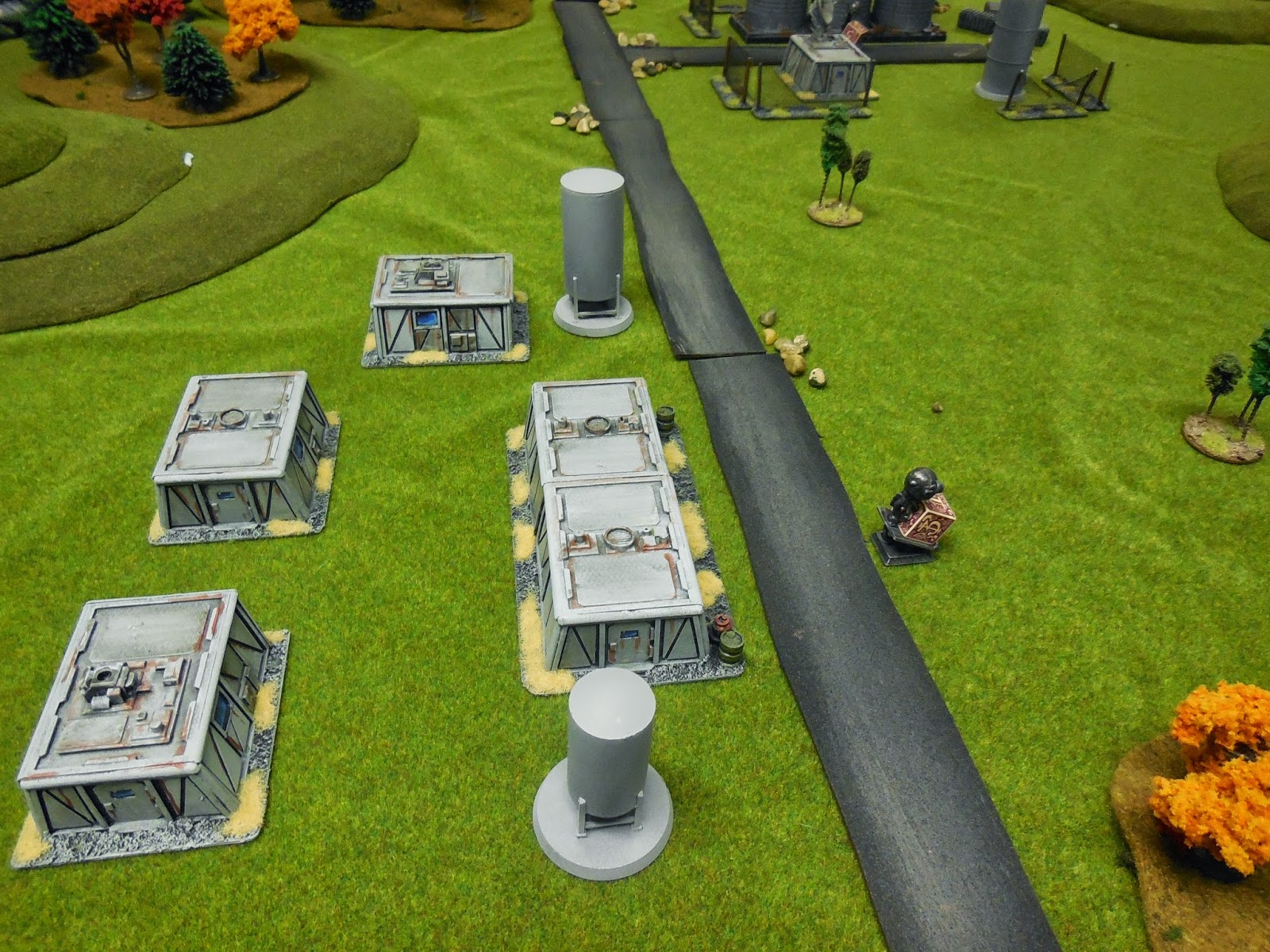 A second objective was placed near the engineering buildings on one flank... 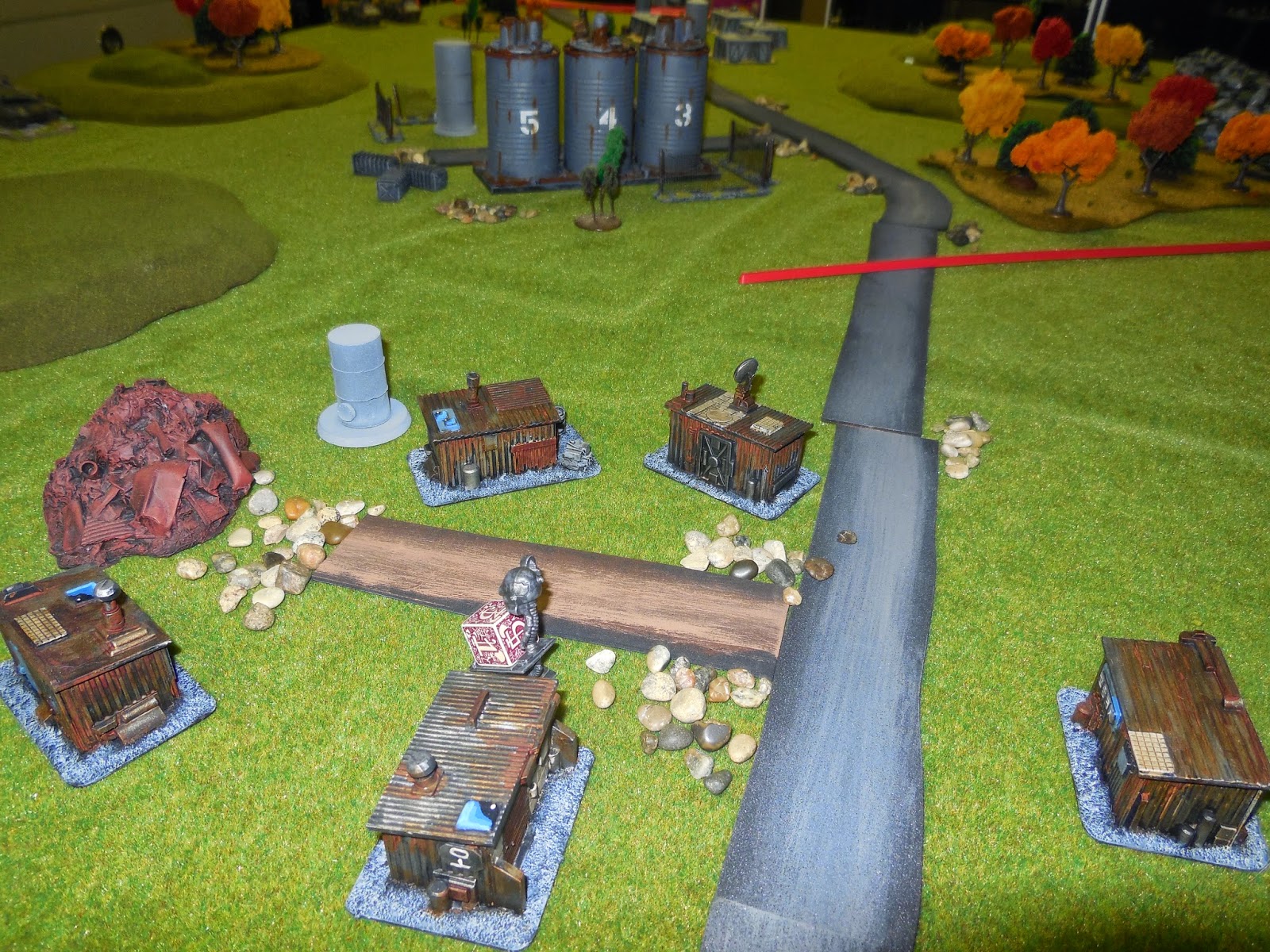 ... and the third, in the shantytown on the other flank. 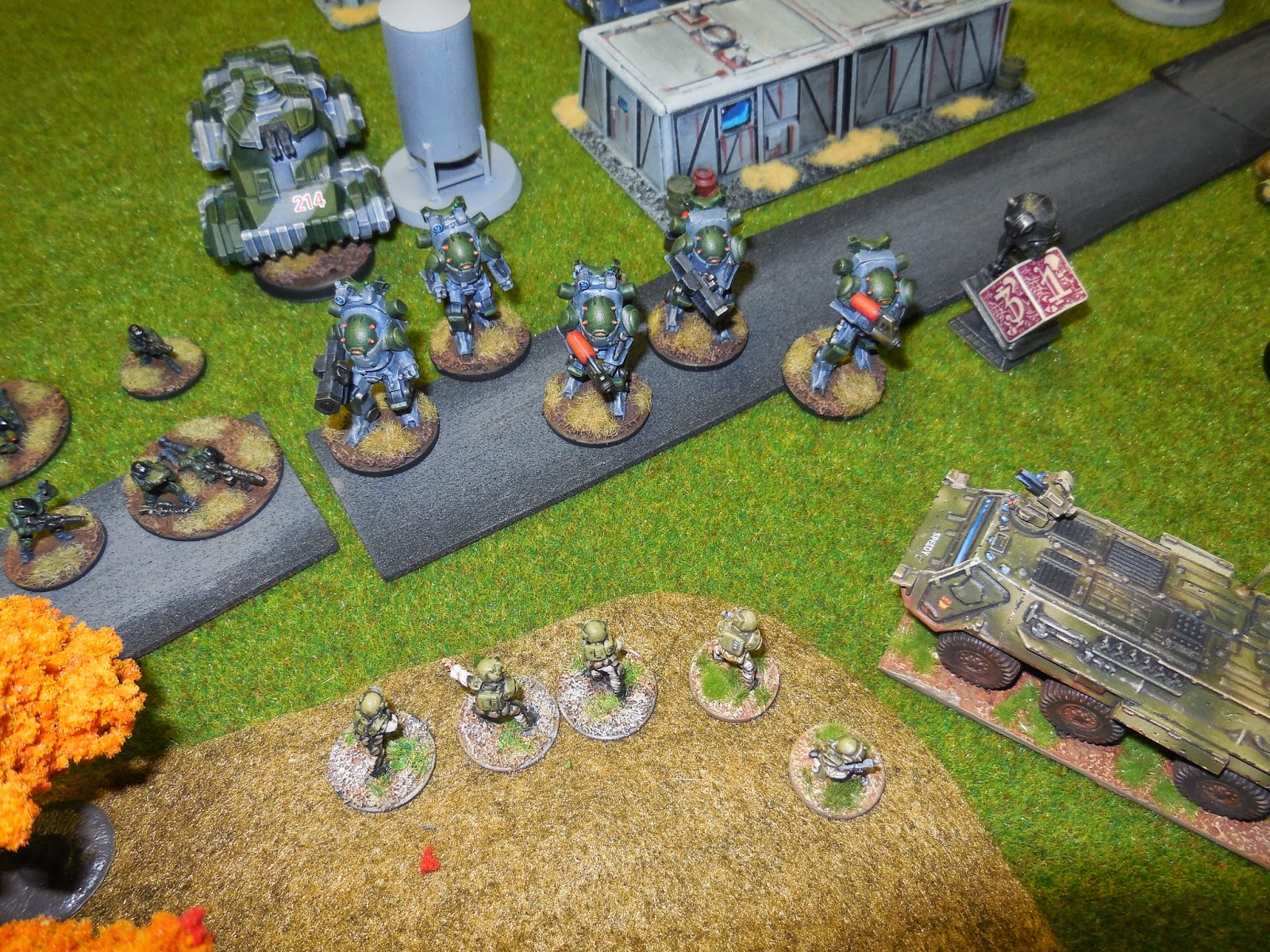 Mike came out in force with some very cool tooled-up battlesuits. They had flamethrowers too... 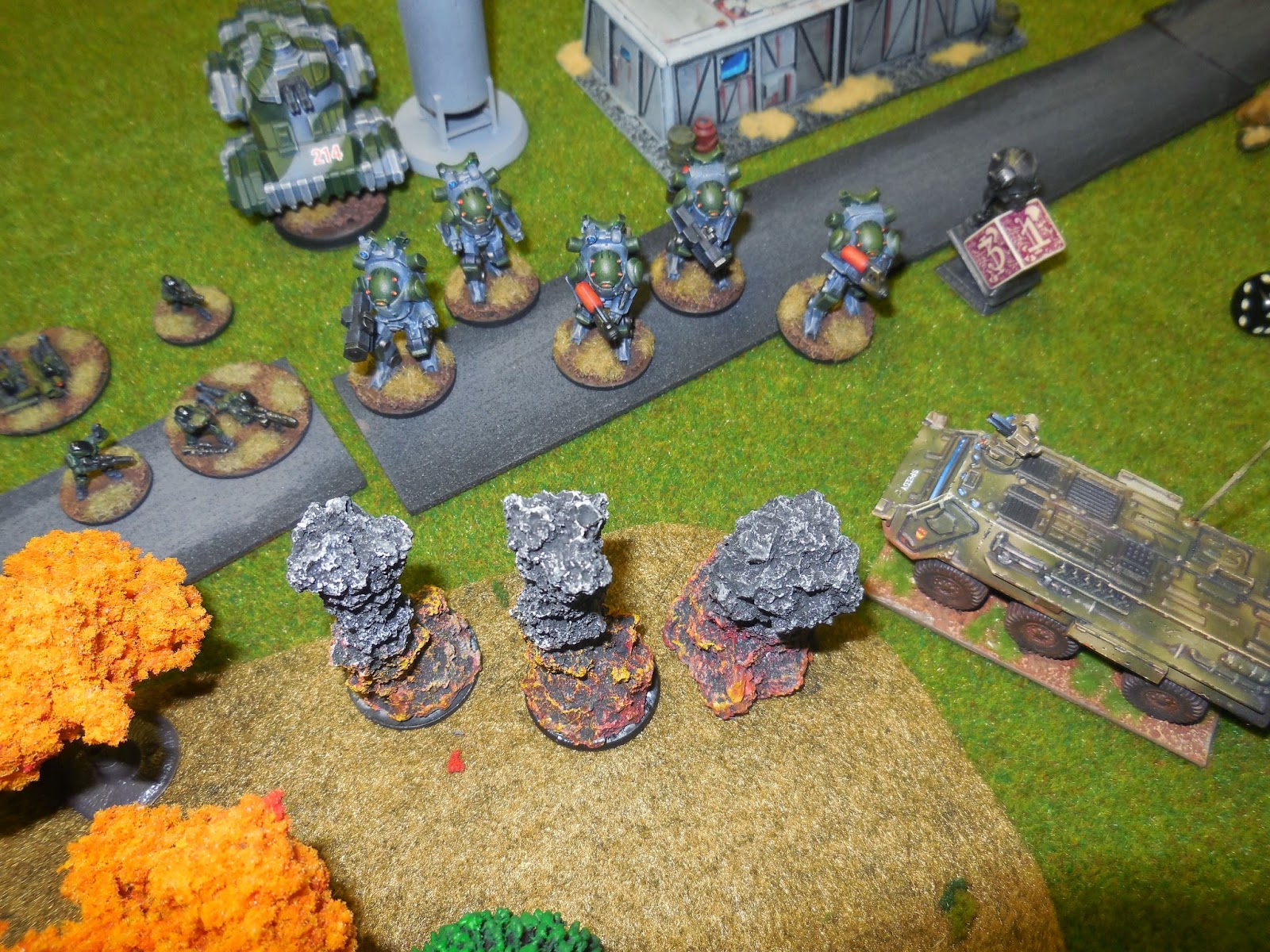 ...much to the dismay of my troopers in the woods. 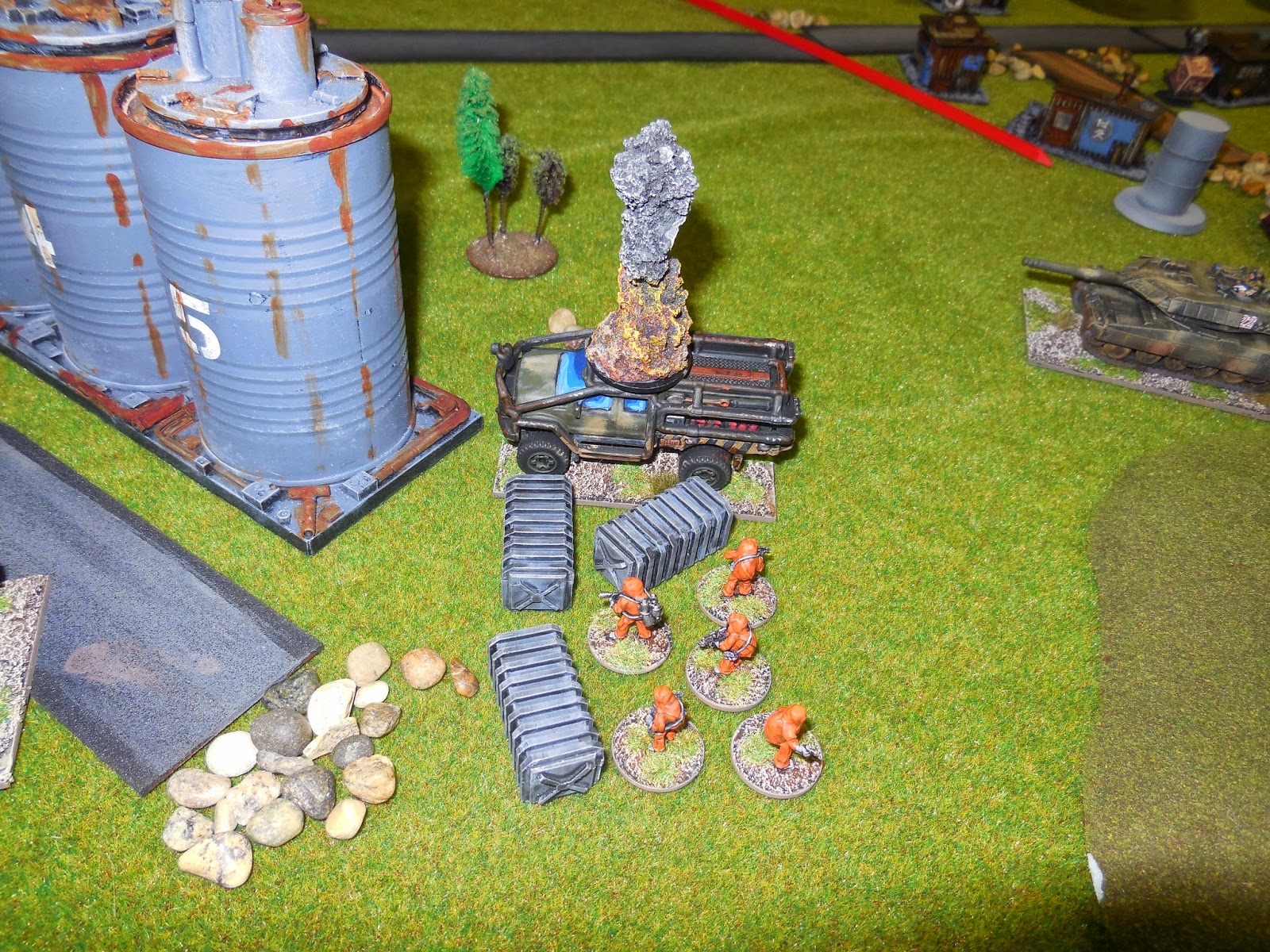 Meanwhile, my engineers were getting ready to rush the all-important objective when their truck got blown up. 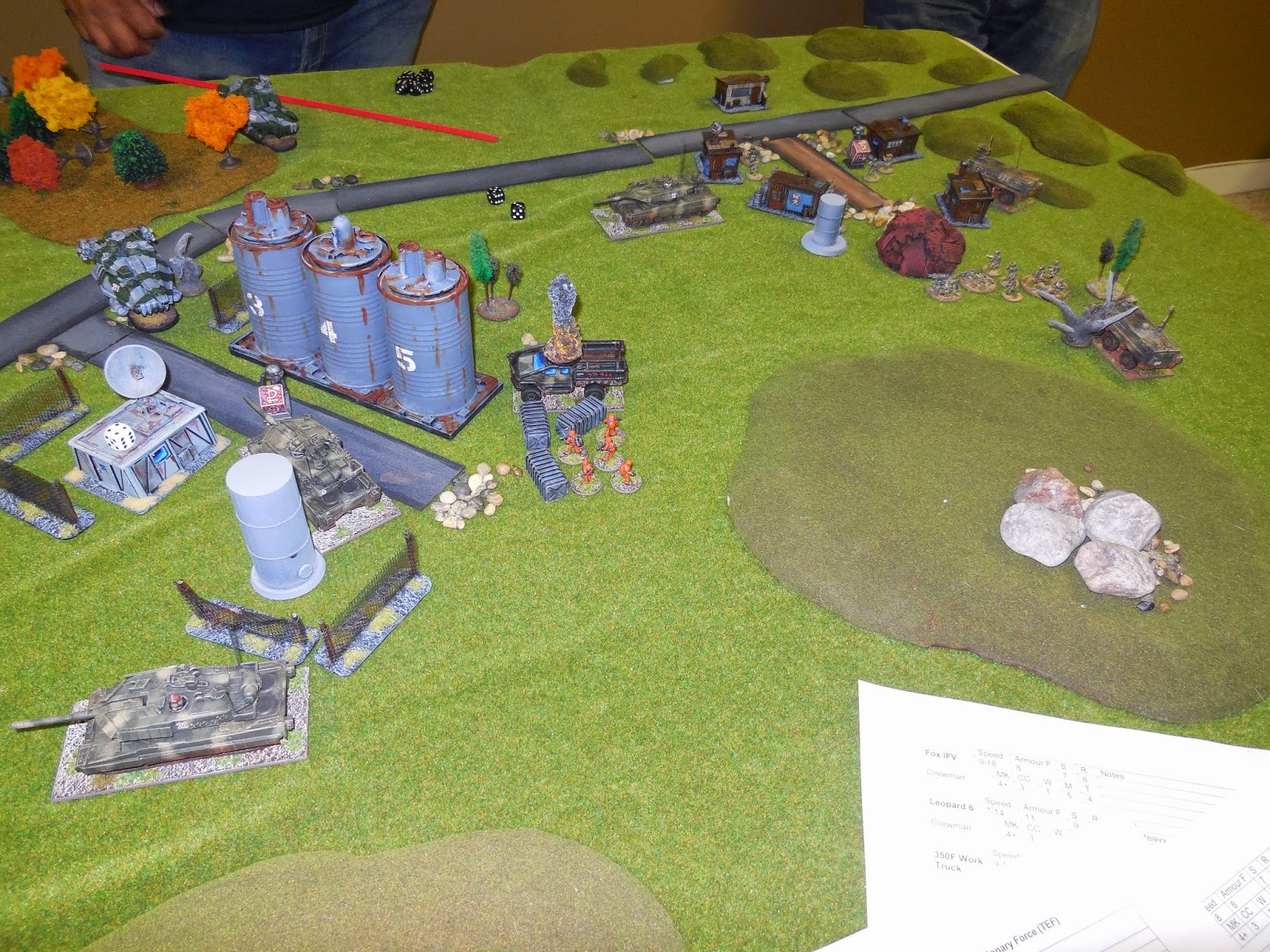 Tanks were racing hither and yon. Mike had concentrated on the other two objectives and left the shantytown to the NAC. 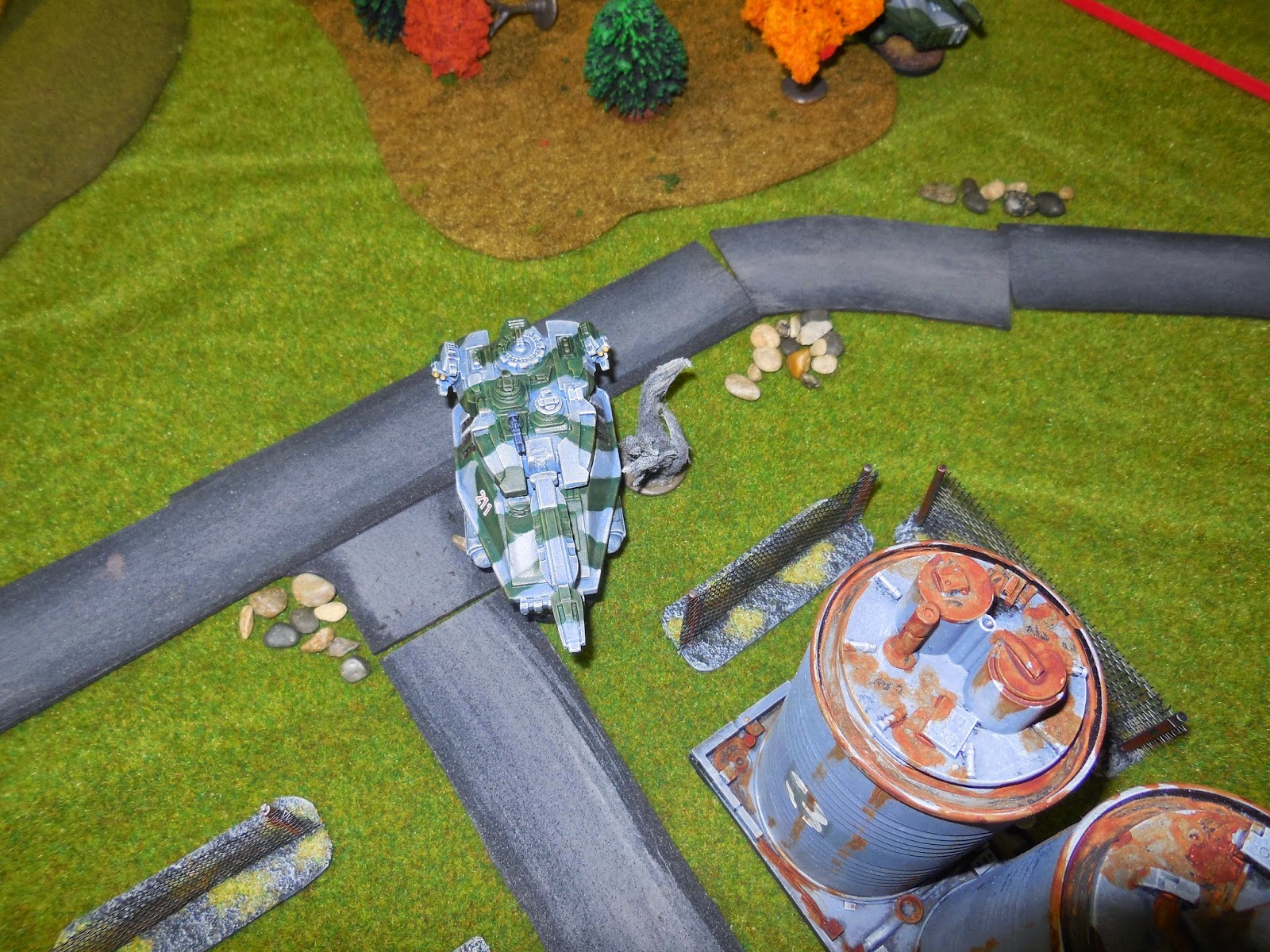 Even flank shots at Mike's tank couldn't do anything more than immobilize it. 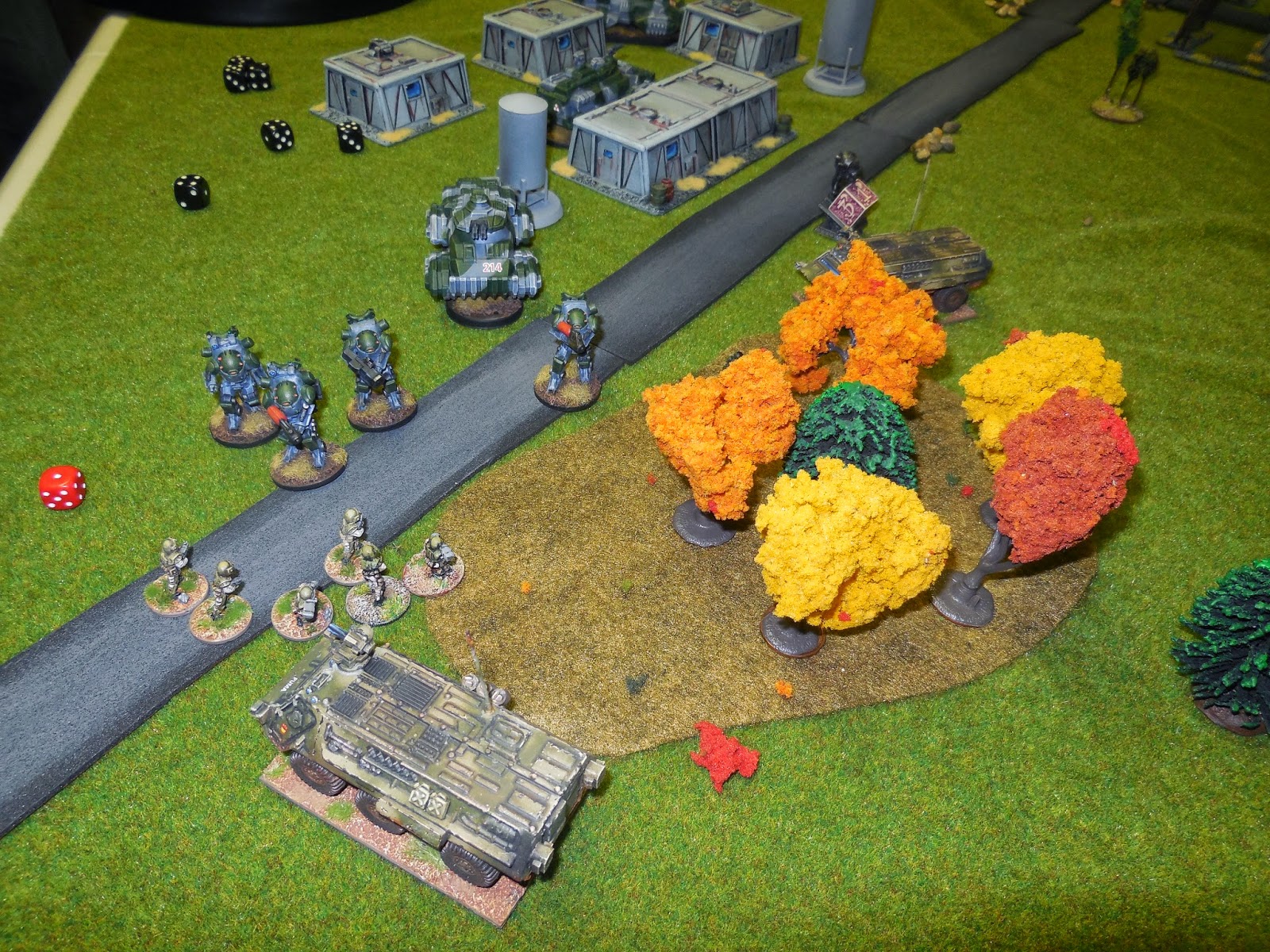 On the other flank, NAC infantry moved to avenge their roasted comrades. 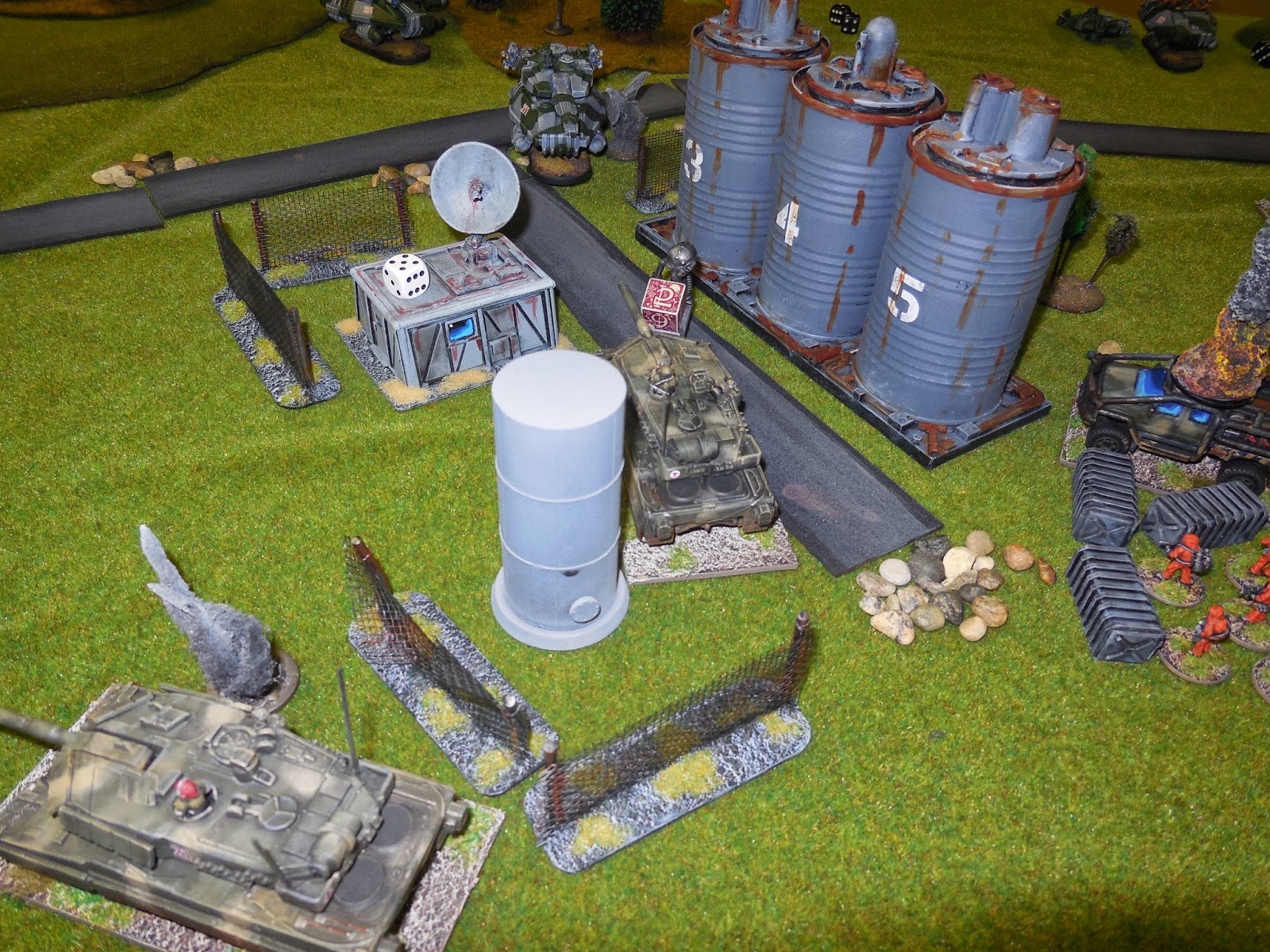 Standoff in the centre. 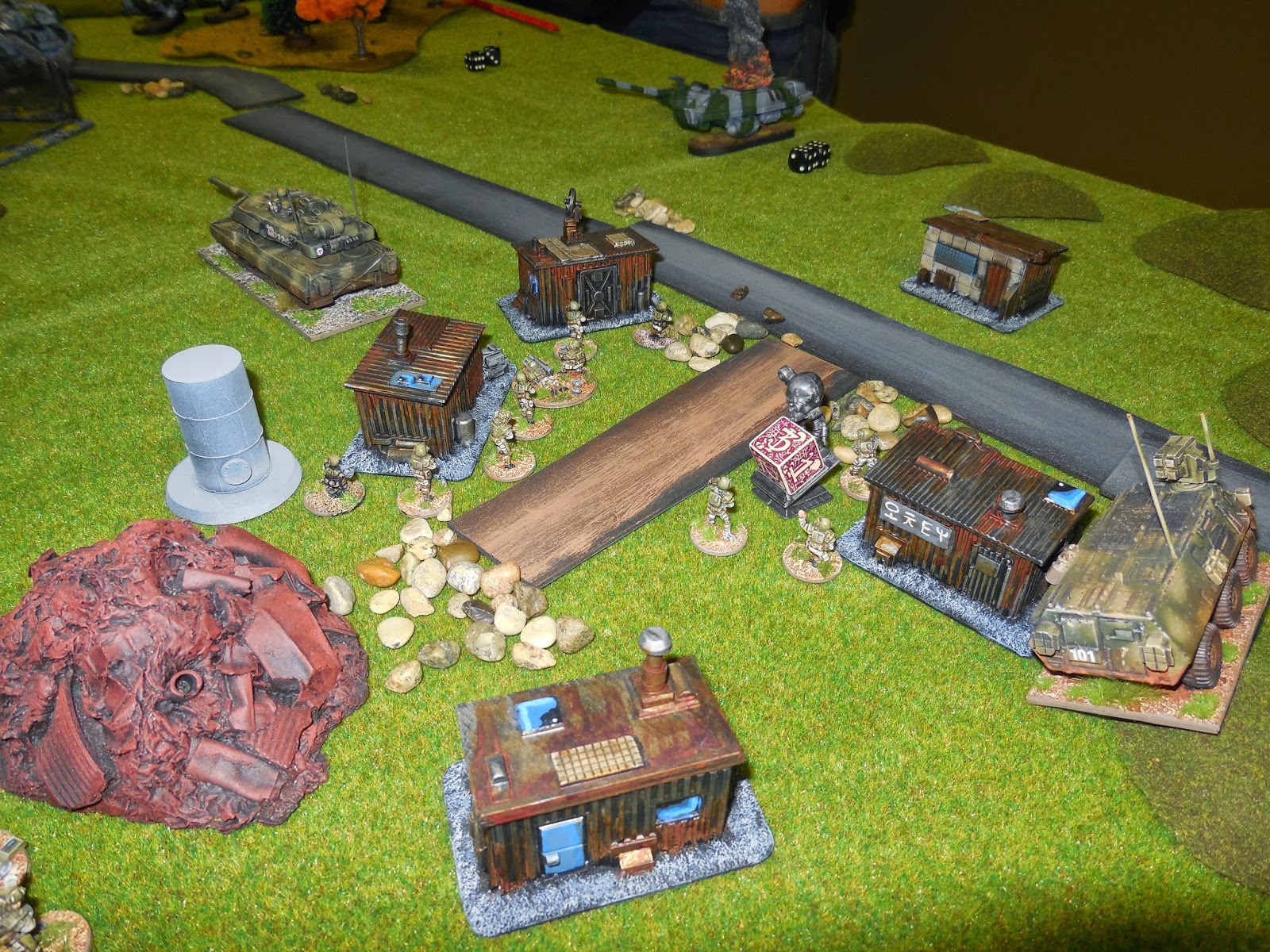 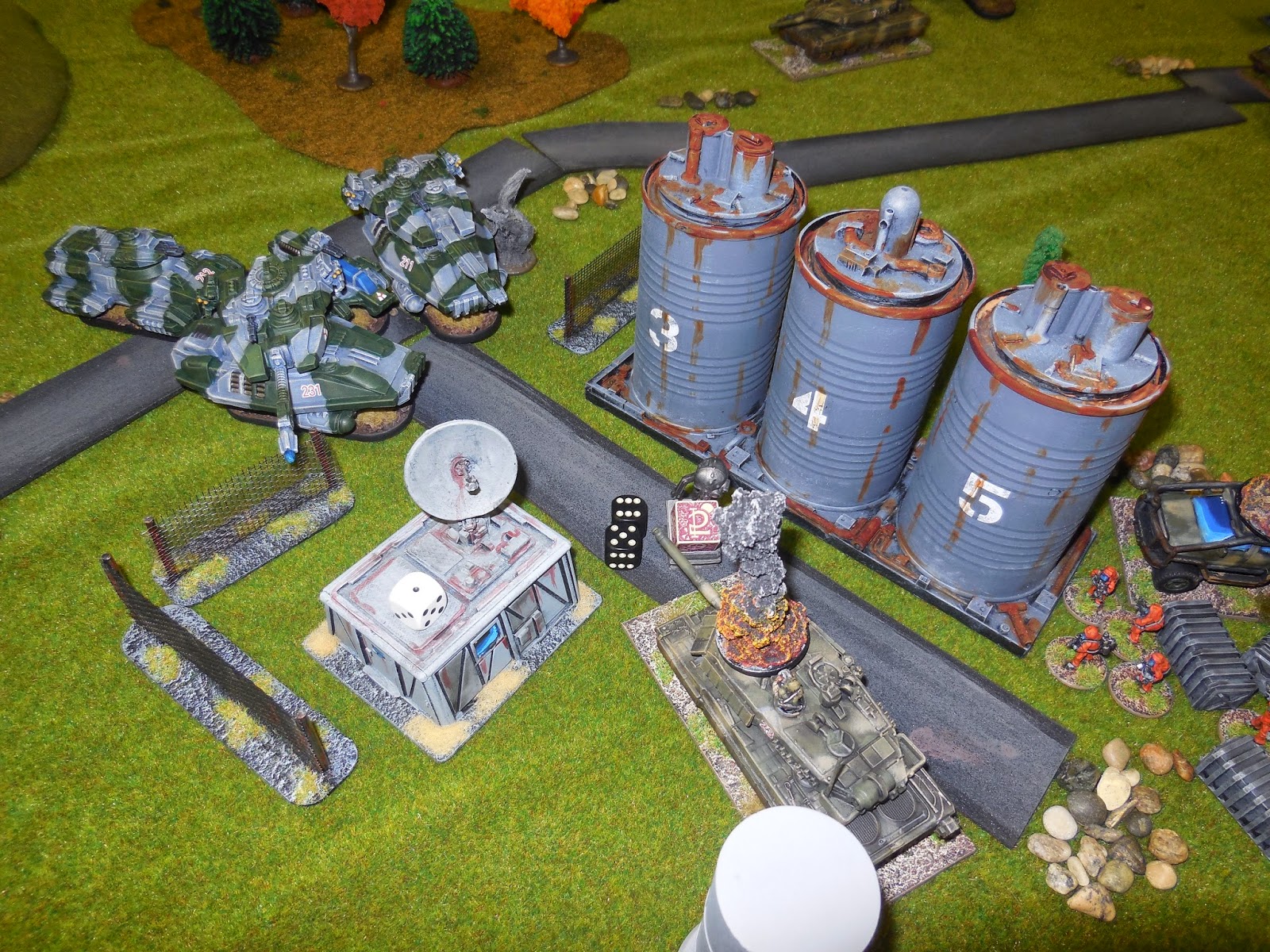 NAC forces were kept off the middle objective when their tank was blown sky-high.

Thanks to to the guys for coming out and to Mike for bringing out his toys. I wish I'd gotten more pics of them - especially the suits, as they were very cool and as Mike pointed out, reminiscent of the human battlesuits in "Animatrix: Second Renaissance". 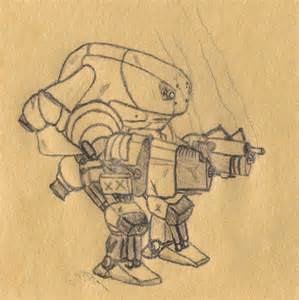 That looked like a cracking game.
Thanks for posting.
Cheers
Stu