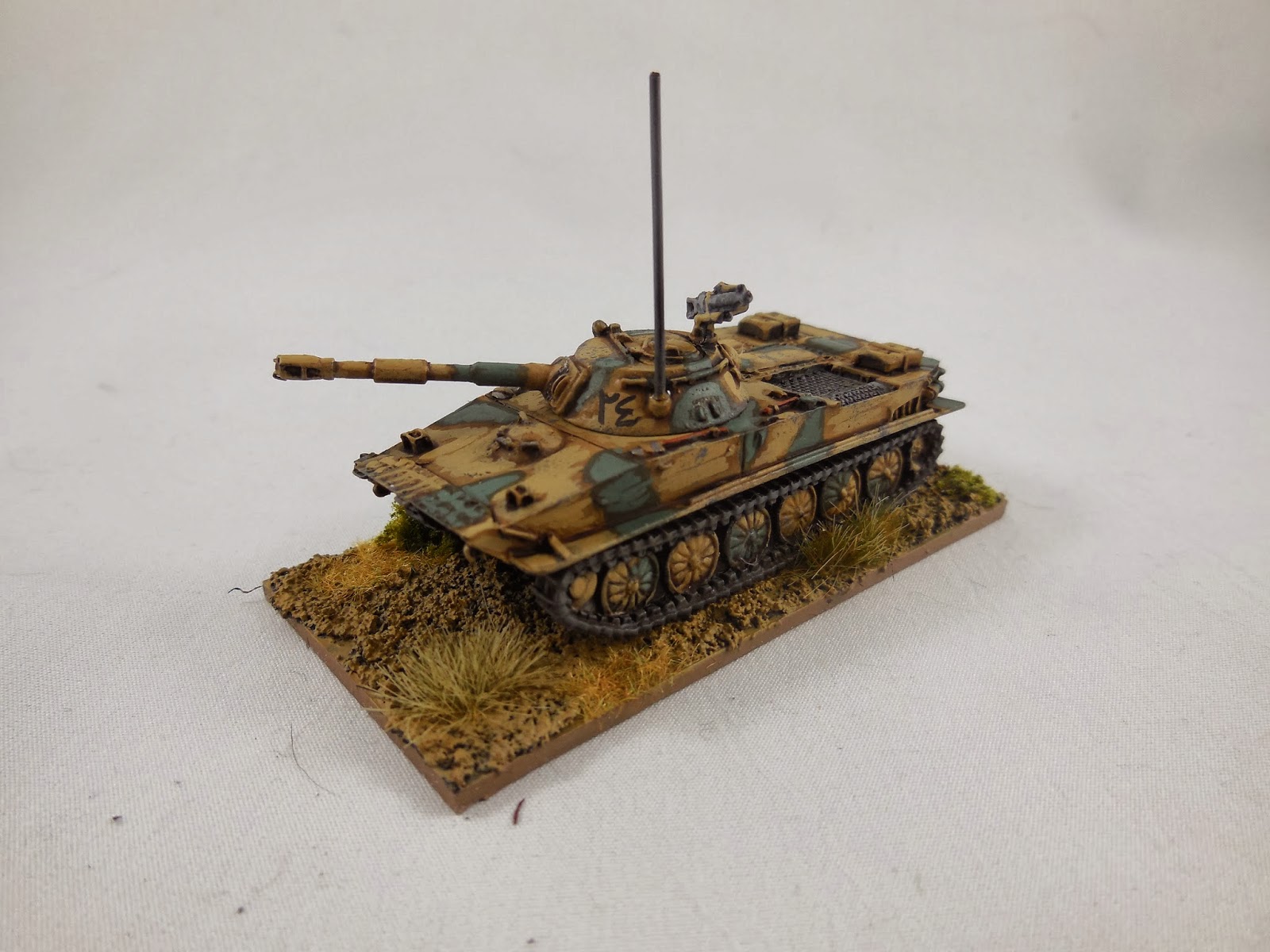 So Greg's finally sucked me into his crazy Yom Kippur war project. I've agreed to do some Egyptians. The plan is for a couple platoons of tanks, some tank destroyers, and a platoon of infantry. The models are mostly bought (Khurasan T-55s gifted from Greg, Battlefront SU-100s in a trade from Greg, and Khurasan infantry as encouraged by Greg ;-) but this is the first I've painted. 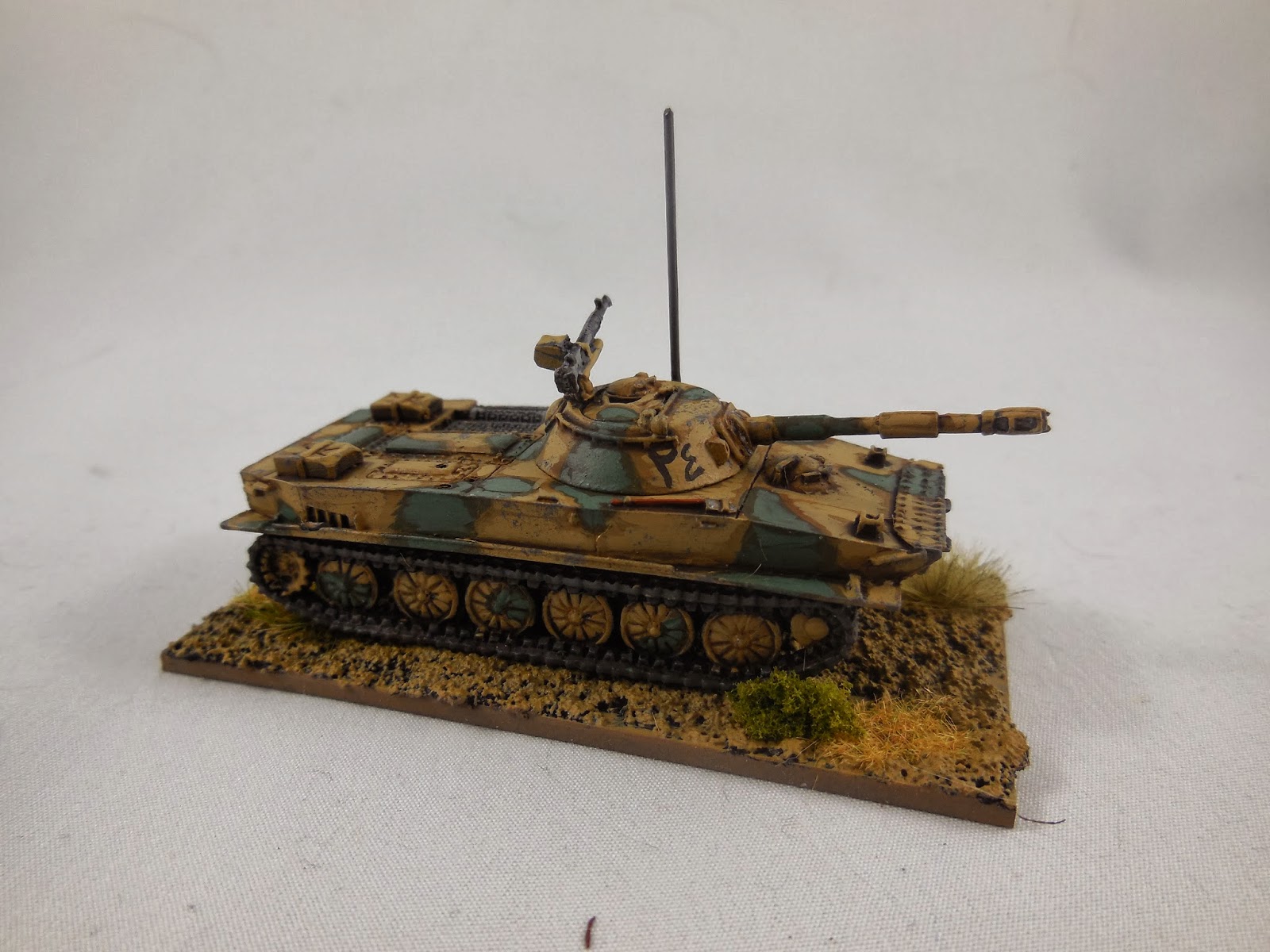 It's a Battlefront PT-76 from their Vietnam range and I have to say it's as sweet as a nut. Slick assembly with a resin body and turret (magnetized!!) and metal tracks and gubbins. 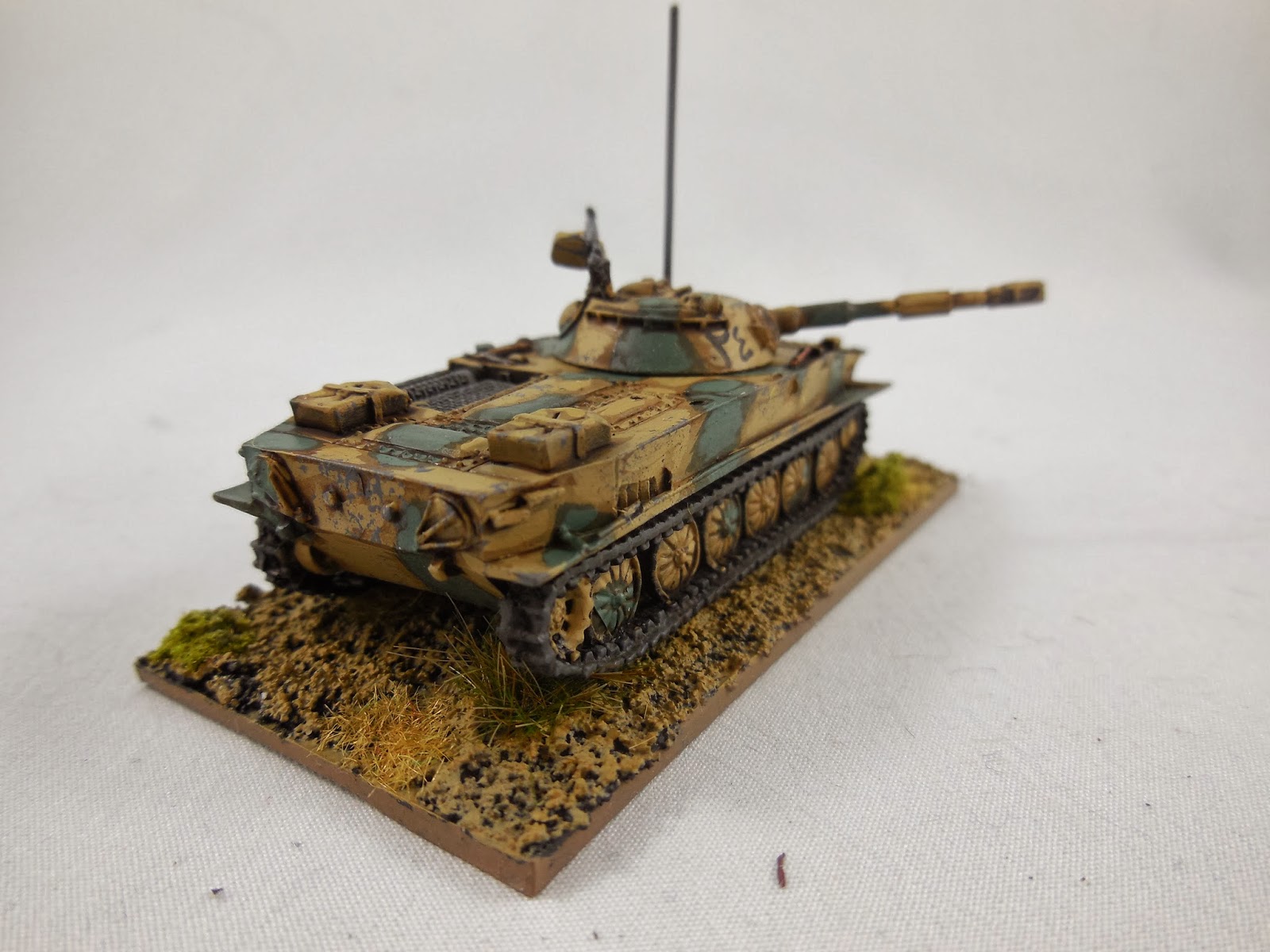 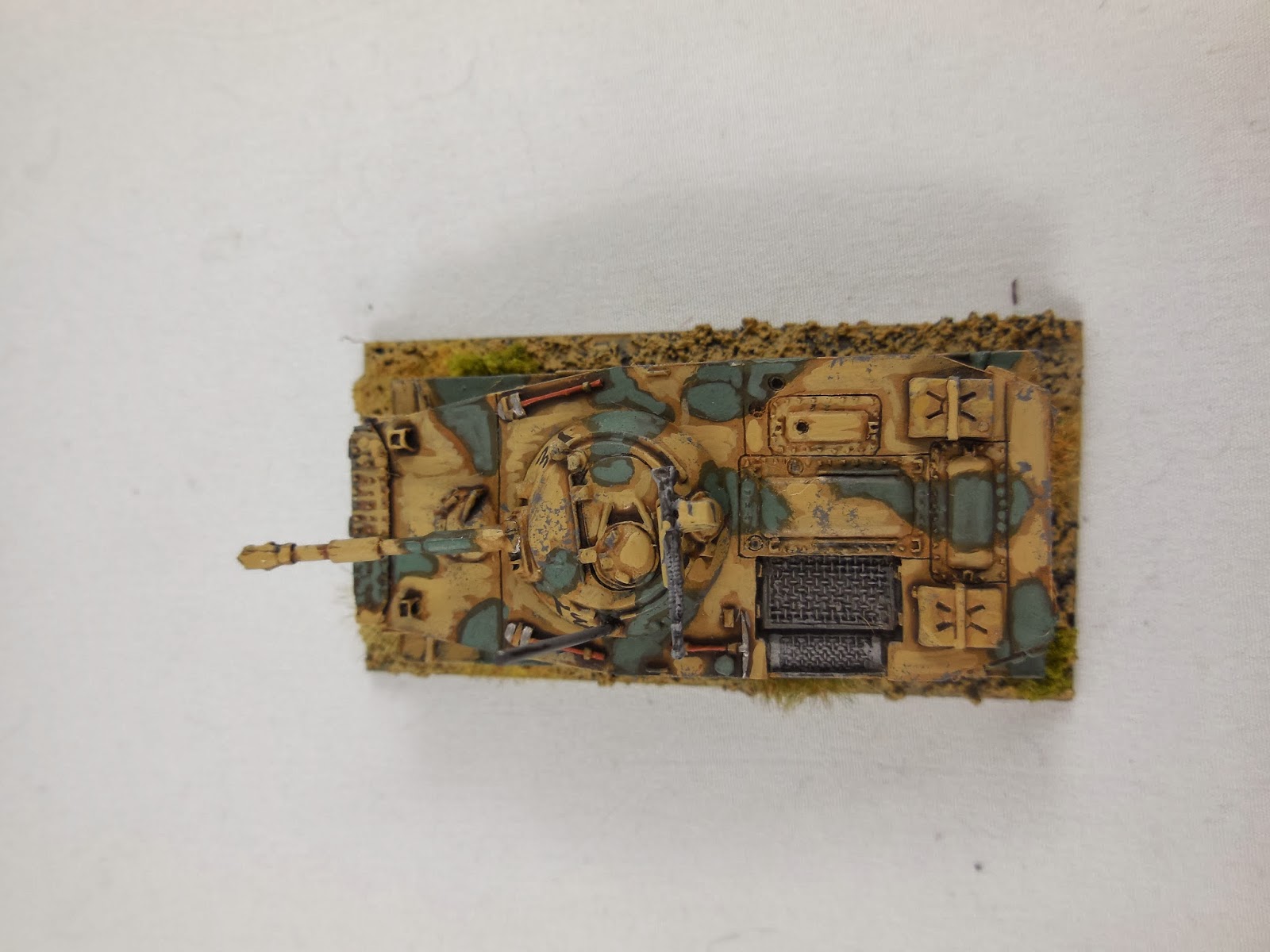 I did some "chipping" with GW Mechanicus Standard Grey on a tiny bit of sponge. I like the effect. 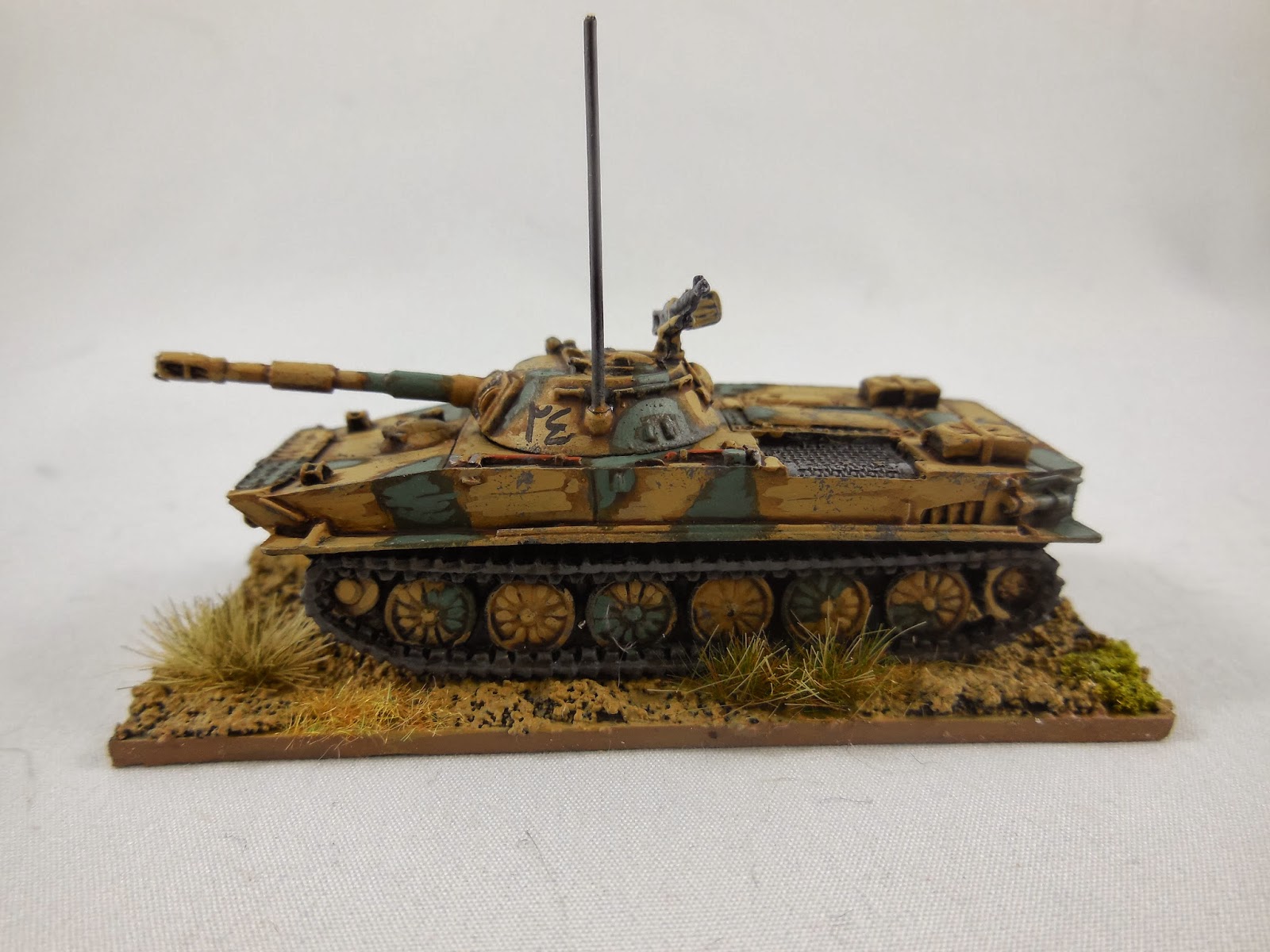 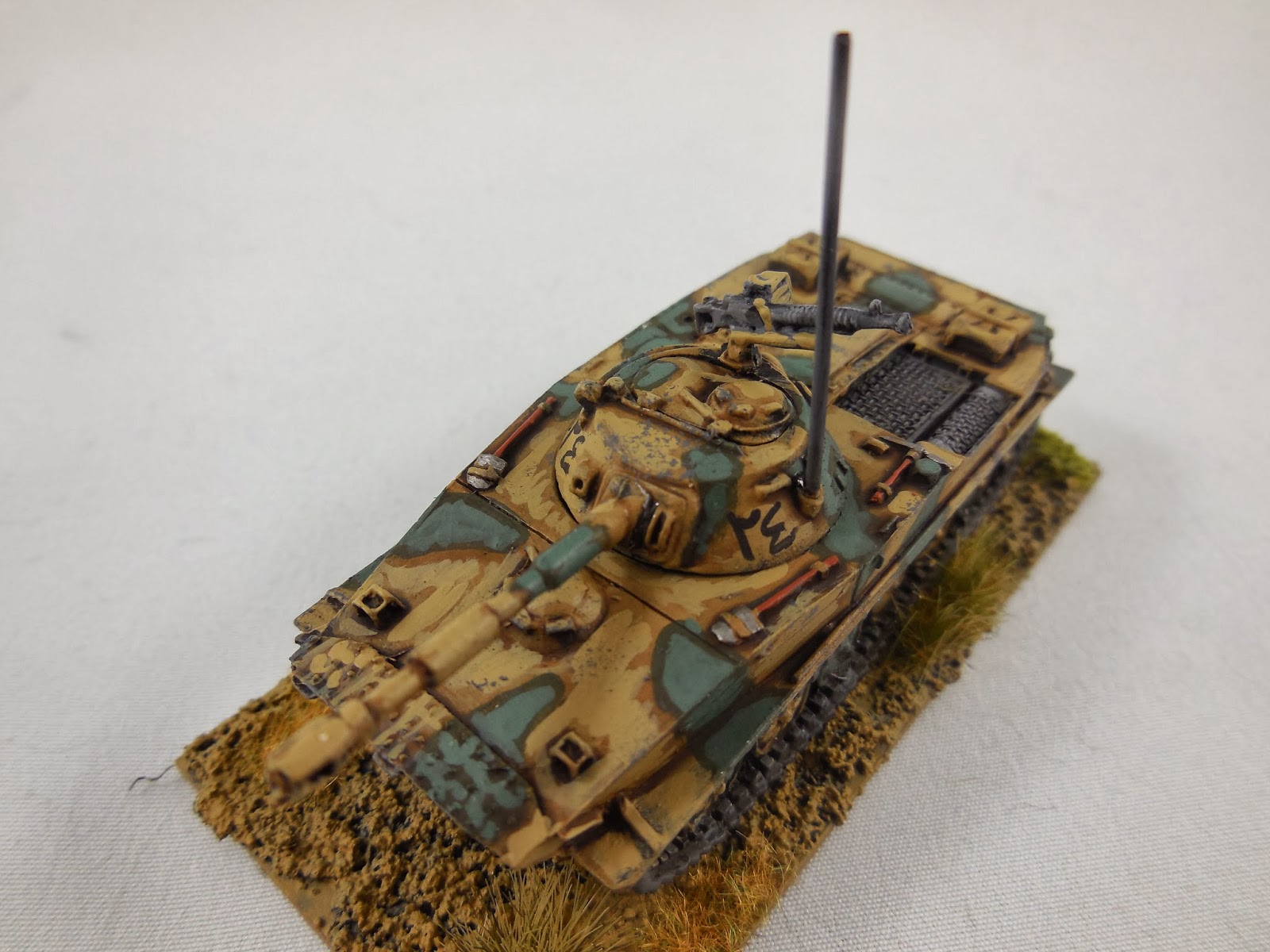 All in all I'm pretty pleased with the model and I'll be painting the rest to the same pattern. Quick and easy.
Posted by Dallas at 1:52 PM

Very nice work on the tank. Your weathering looks spot on.

It's always fun when a friend gets pulled into a new insane project!

Will be fun to fill a desert table with burning tanks...