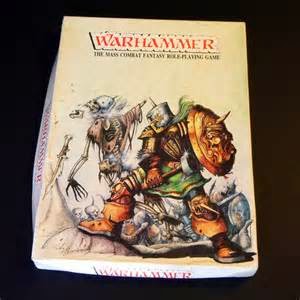 "Throwback Thursday" seems to be a thing now, where people will post photos from days gone by. I was looking through some photo folders from last year and found some pics of a figure I'd painted as a bit of a one-off special project, so I thought I'd post it. While the project itself isn't exactly a "throwback", I think you'll agree that the subject matter definitely fits that description... 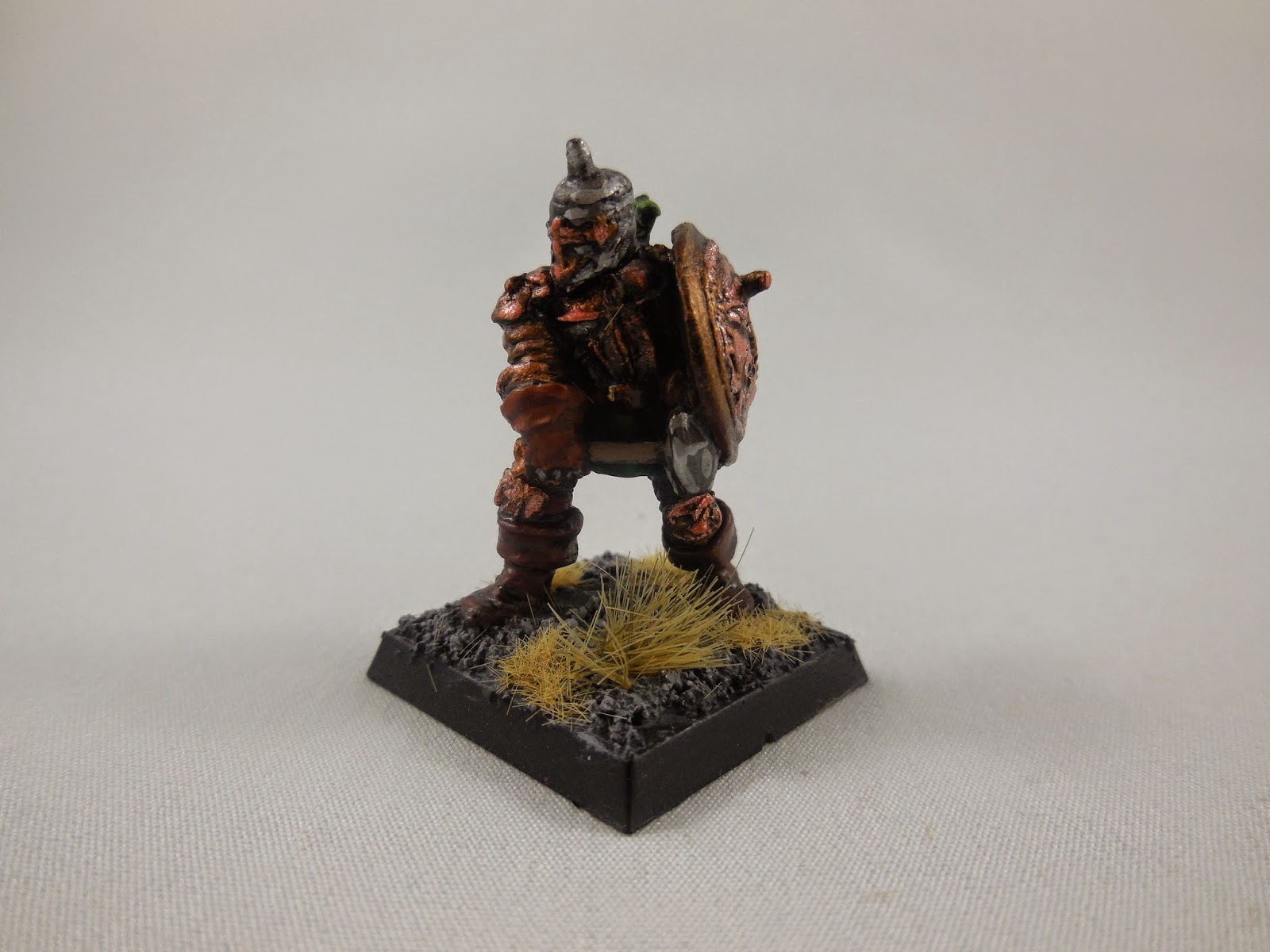 This is "Uthmog Elvenblade" - Chaos Champion, part of the Citadel "Champions of Chaos" boxed set (second version) from 1982. Obviously inspired by (or perhaps the inspiration for, it's not clear) the iconic Warhammer Fantasy Battle box art by John Blanche. As I'm a fan of old Citadel stuff I thought it would be fun to add him to my collection, so a casting was duly procured from German eBay. I got the figure for about 6 euros if I recall correctly; not a screaming bargain but much less than some sellers were asking. Old Citadel sellers sometimes seem to think they've discovered the Philosopher's Stone - transmuting lead into gold...! 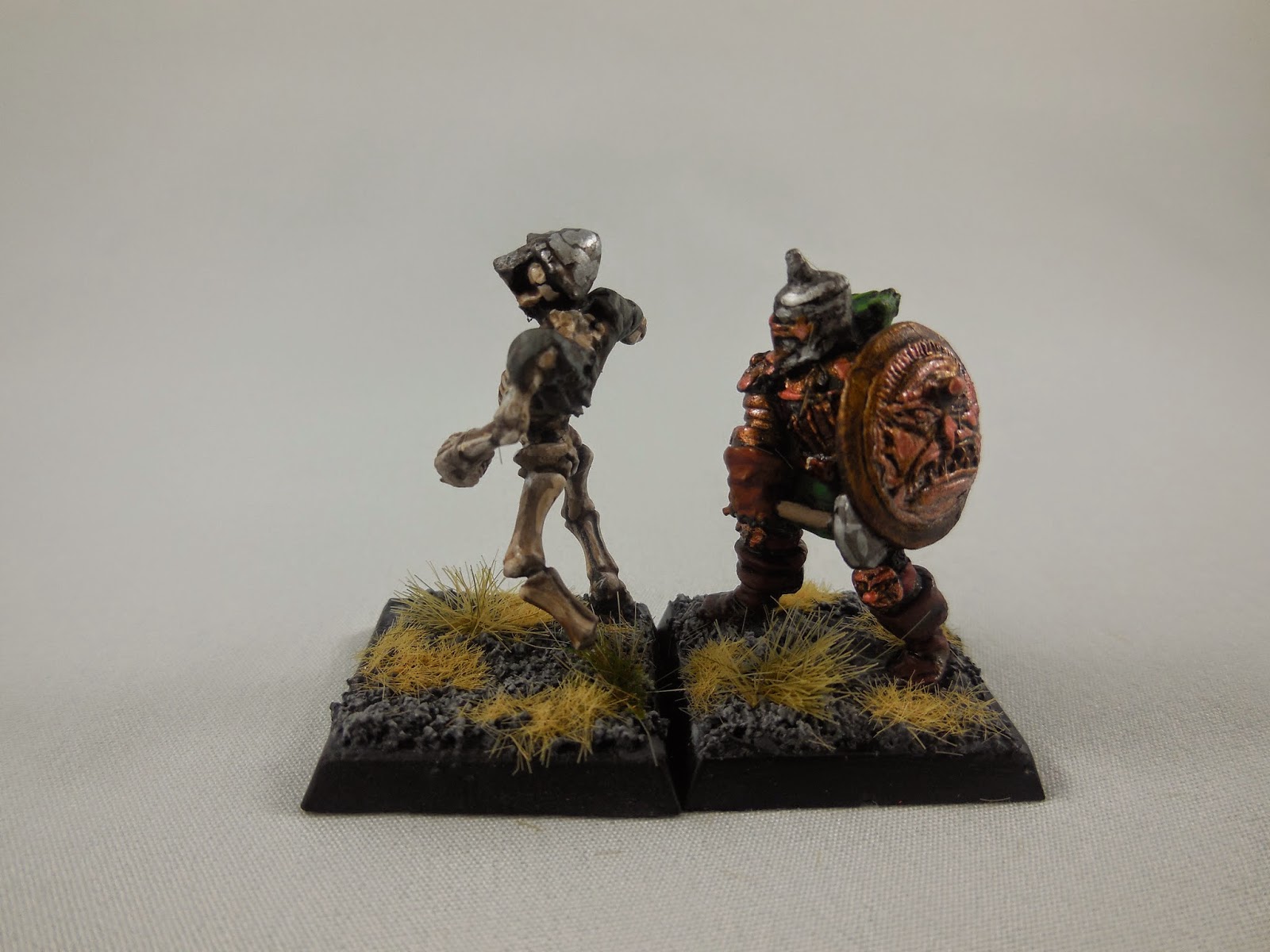 To add a bit of interest to old Uthmog, I converted a plastic skeleton to be his victim. Merely a matter of a bit of cutting and greenstuff work, not a massive project. I think the addition of the skeleton really puts him into context. 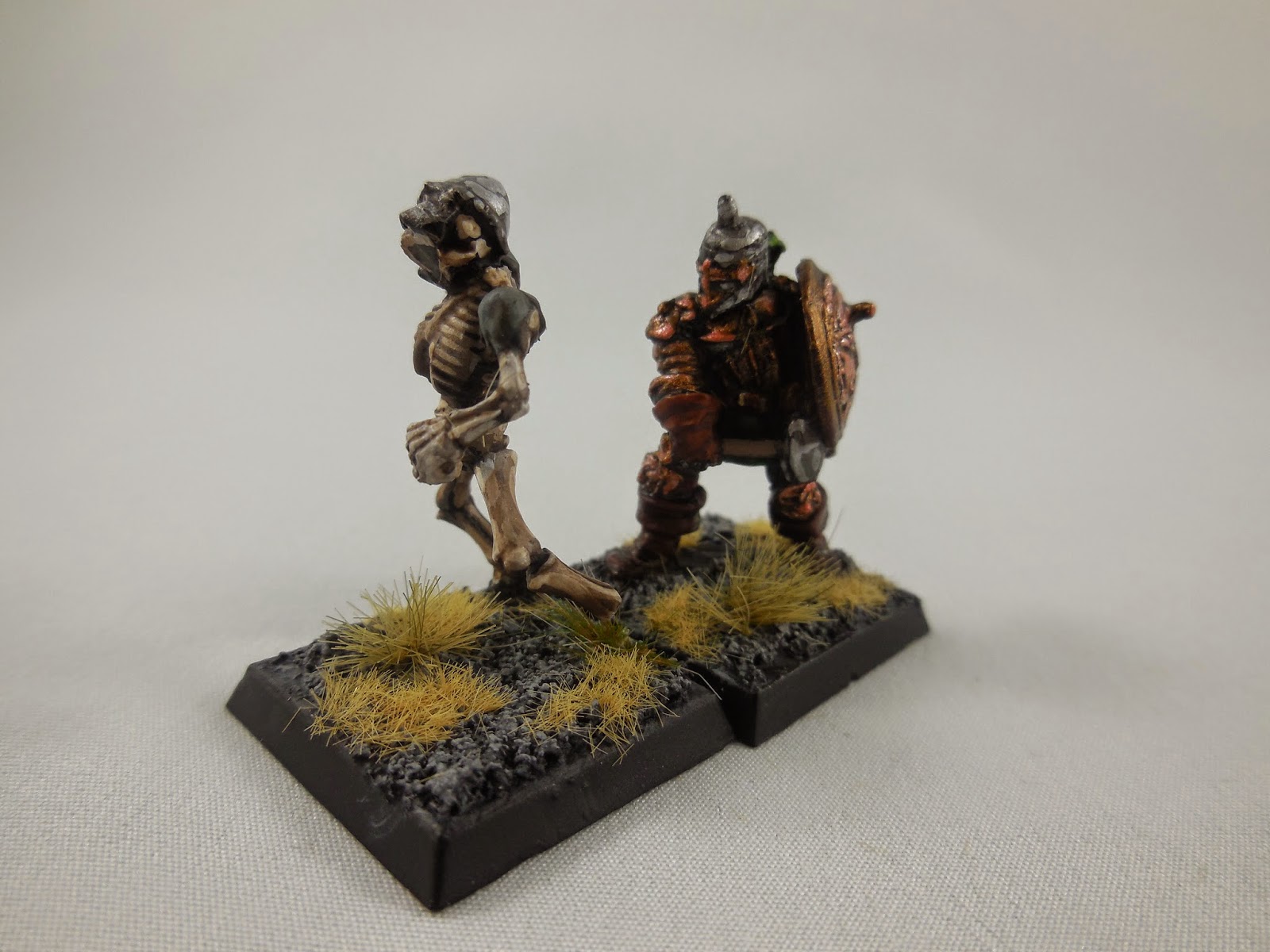 Uthmog himself was painted as faithfully to the box art as I could. He's a great little sculpt, but seriously undersized as compared to the slotta-based era metal Chaos warriors that came later - never mind the plastic giants of the current edition. He's "true 25mm" for sure. 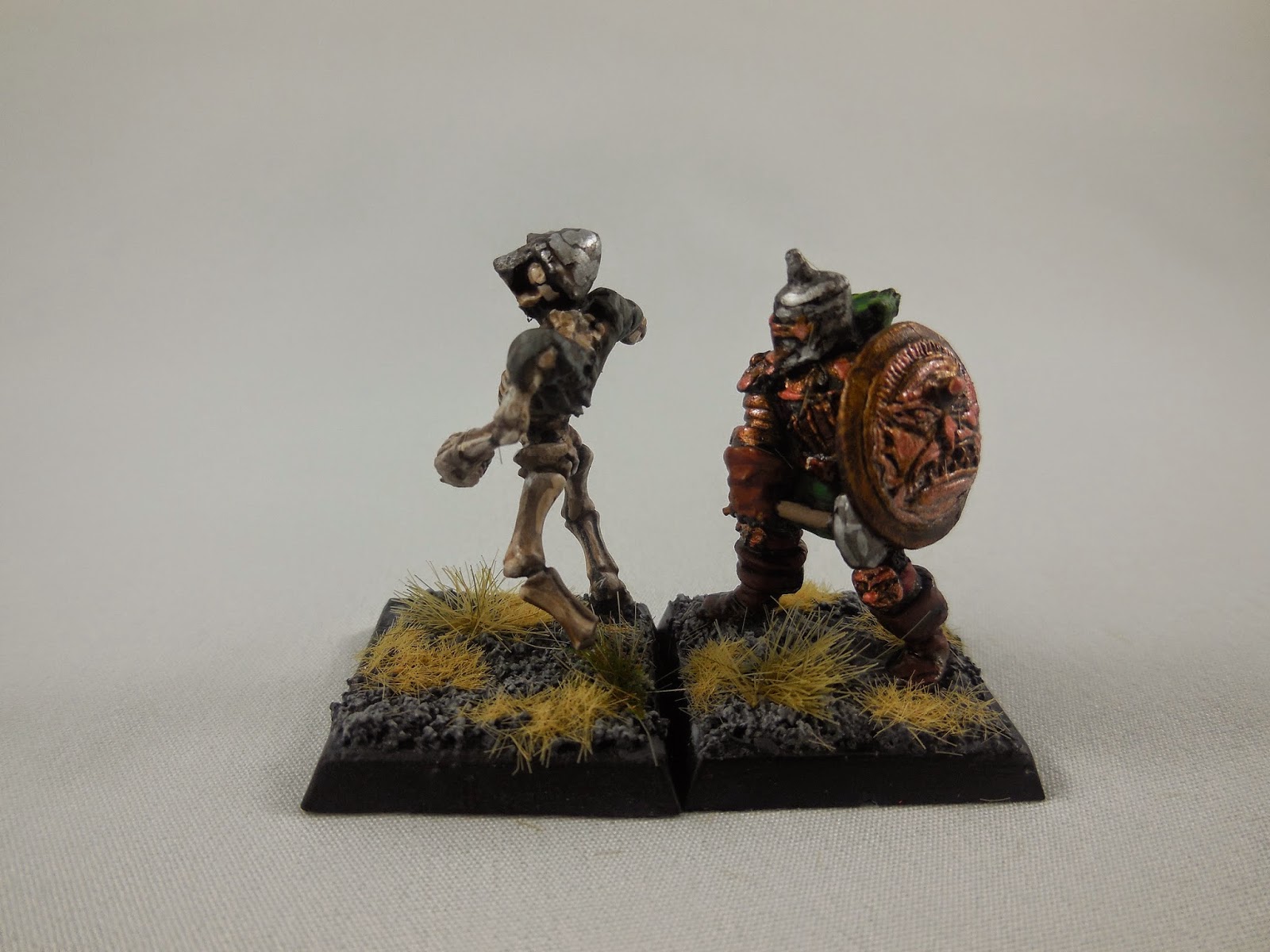 This was a fun mini-project but the only question I have after painting the model is, "why is he called Elvenblade when he wields a war-hammer?"

Great stuff Dallas! Love the skeleton to complete the effect!

The plastic roid-loaded Chaos warriors of today do not unfortunately inspire the same interest as these classic old figures..