This beast is an IS-3 tank from Battlefront, released as part of their "Fate of A Nation" supplement for the Flames of War game. The Egyptians had these tanks in 1967 - I believe they were part of the arsenal in the infantry divisions of the Sinai Field Army.

The Battlefront model is a mostly-resin kit, with pewter accessories.  The resin casting is generally top-notch, with great details. There was a slight bowing in the hull on this tank, visible in the space between the skirts over the tops of the tracks and the main hull on one side of the vehicle.  If I was hard core I would have filled that with putty or something.  But this will be one of like at least six tanks on the table in a unit, so I am expecting the issue will be a lot less visible once I paint up its buddies to go with it.


The decals on the turret are from Battlefront - I think that might be some kind of eagle-style national symbol for Egypt/UAR? I'm not 100% sure - but it looked really cool on the box art, so I used it on the model. 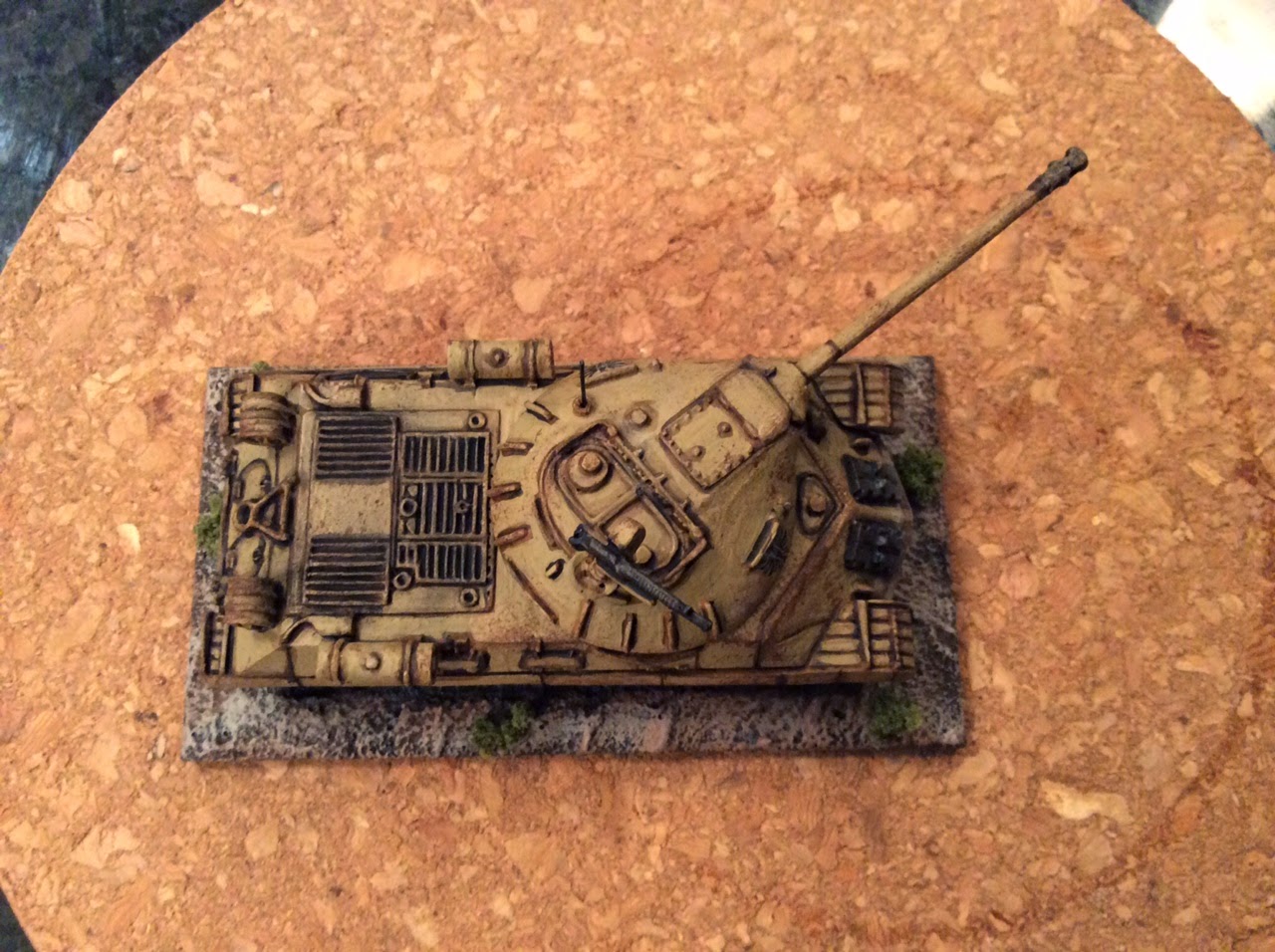 The IS-3 looks spooky, with a pointed-near-prow on the front, ominous turret and a huge frigging gun (122mm, I think).  One would assume this tank is a total bad-ass.  But that's why I am a civilian.  I understand, bad-ass looks aside, these vehicles had a mixed record at best in combat.  The Egyptians had some reasonable use of them if they were dug into prepared positions - the thick front armour and heavy gun would give the IDF tankers something to think about.  But overall, this was an old tank by 1967 and its overall operability (is that a word?) was reflected in serious combat challenges.

These things are deployed in company strength in Flames of War, so I have six of them to paint up in total. One down, five to go. They will get brewed up in no time at all by a combination of awesome IDF gunnery and the Israeli Air Force, but they will look cool before they get smoked out - an important factor in gaming!

Good looking tank. I do have to agree with you that it is an intimidating looking tank. I love old heavy tanks and want to collect some because of how they look but can't rationalize it without getting into gaming a conflict that the model in question would have participated in. Just got some T-34's that I'm going to use for a Vietnam War game. Really outdated by then, but the NVA had them so that was all the reason I needed. Hope the IS-3's don't take too bad a beating in game.

You're absolutely right about the IS-3 looking way more intimidating than it really was. But your painting really has given it justice.

Awesome job on this beast Greg! I look forward to seeing it on the table sometime soon...