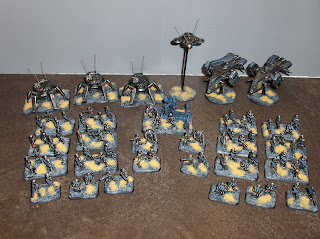 Further escalation of the new insane project... as alluded to here, I've started (and now finished) a new 15mm sci-fi army to face off against my Earth Force Marines.  I chose a machine army, for a couple of reasons: a) machines are cool (think Skynet or Zero-One) and b) they are a snap to paint fast.  In this post I'll review the project from start to finish as (for once) I remembered to take a few WIP photos!
﻿ 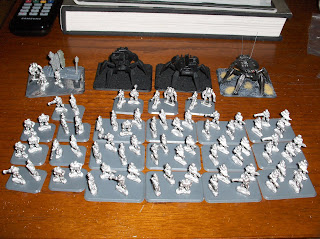 Here is the force laid out ready for base texture and priming.  The infantry are the excellent Automatons from 15mm.co.uk and the spider tanks are from RAFM's 28mm "USX" range (the "Enforcer Drones").  I based the lot on Flames of War bases from Battlefront. 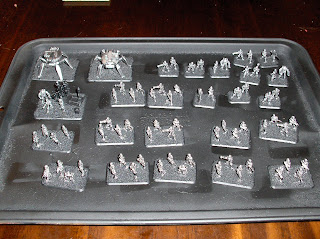 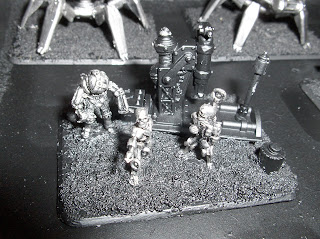 The models were drybrushed again with Mithril Silver.  I used a couple of old Laserburn robots on the command stands, and added some junk from the bits box to fill the base and add some visual interest. 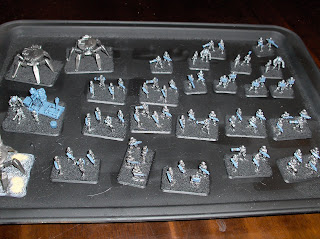 Weapons and command stand gubbins were blocked in with Shadow Grey. 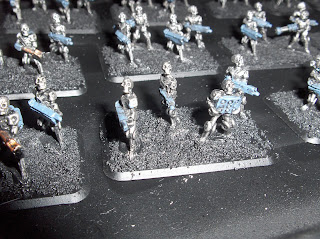 Next came a wash of Badab Black. 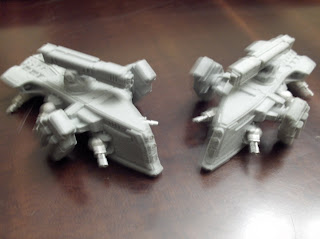 Partway through there arrived a parcel from Khurasan, containing two of their Mekanoid VTOLs. 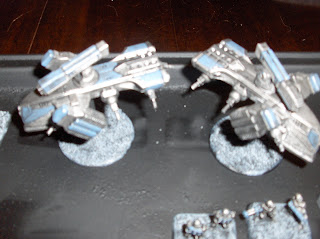 These were duly painted and based using the same technique - Boltgun Metal, Shadow Grey, and badab Black wash. 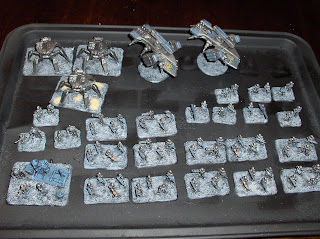 Bases were drybrushed with Codex Grey, then Fortress Grey to build a highlight. 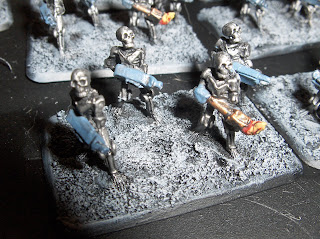 Some details were added to the special weapons, such as the flamethrower robots. 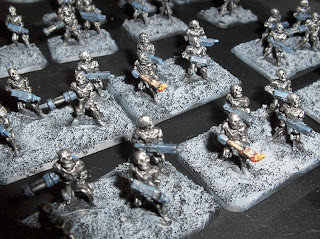 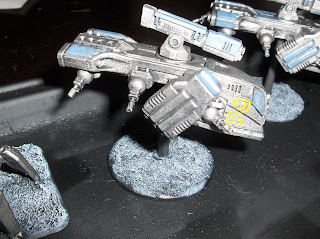 Decals on the aircraft... 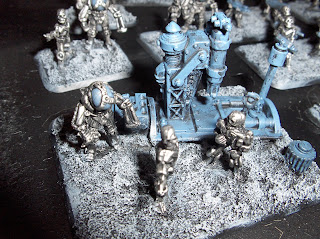 And finally, static grass on the bases - GW ``dead grass``. 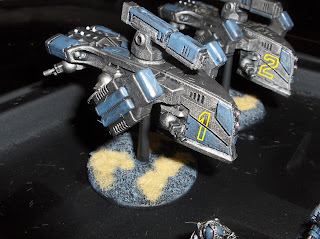 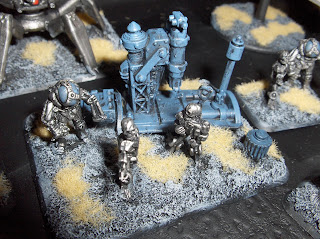 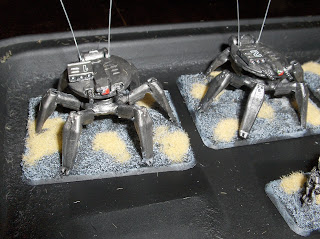 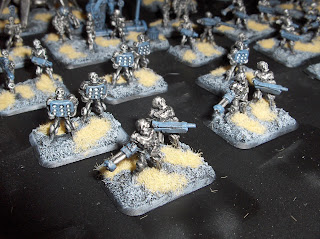 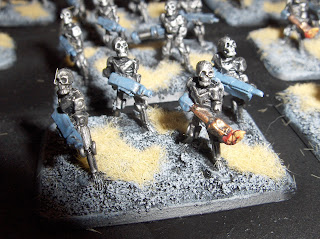 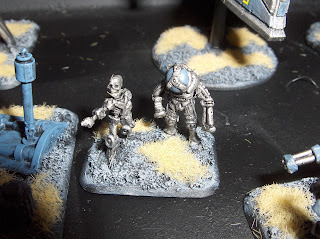 A shot of Dullcote and some gloss clear on the lenses, and we have an army ready for the tabletop! 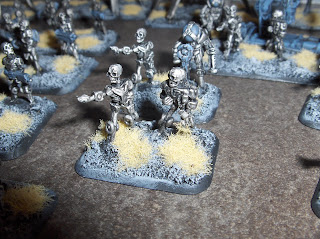 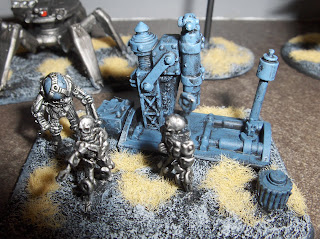 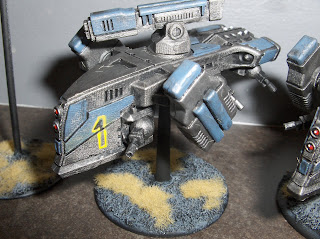 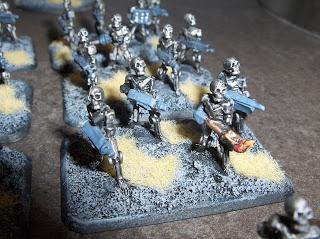 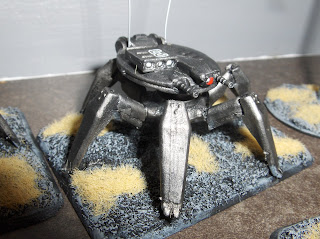 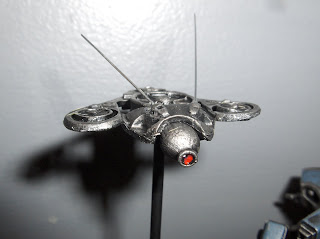 SWEET. Dude you are leaving me in the dust.

Thats a very cool robot army, I chose The Scenes robot troops for mine.