Painting has been slow the last few months for a variety of reasons and I've spent most of my time on side projects that have been gathering dust for years. As such my 30k Legion project has been delayed. With the changing weather I decided to complete the last infantry models I have for the Imperial Fists. I have almost 5000 points painted, but I've lacked a large HQ unit. My terminator Centurion has been in an acting Praetor position for a while now and it's time the force had a proper HQ. The command squad below are the last infantry models I have for the Fists. After this I have some Rhino's, Stormraven and a Fellblade to finish, but I'll be holding off working on those so I can hopefully finish my Adeptus Titanicus maniple. 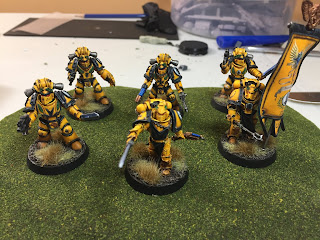 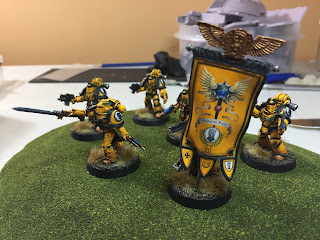 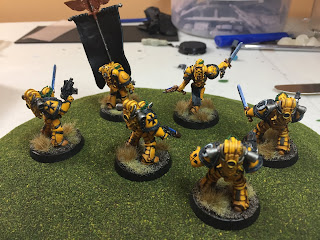 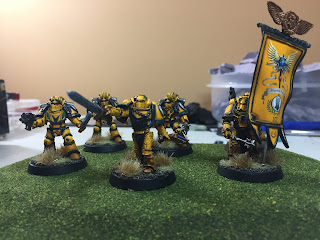 Those are very nice 👍 I can see them becoming Templar’s in time.

Lovely finish, yellow is such a tough colour to get right and these are great!
Best Iain