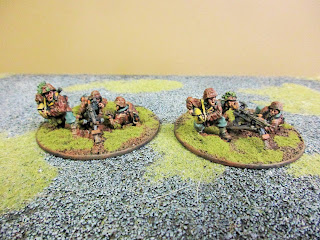 Recently we've been playing a bit of Bolt Action WW2 skirmish. Warlord has created some interesting "campaign" material to mark the 75th anniversary of the Normandy invasion. One of these campaigns pitted Canadians vs. Waffen-SS and since Conscript Frederick was eager to get his Canadians into action and I have lots of Waffen-SS troops, it seemed like a natural for Thursday night gaming. 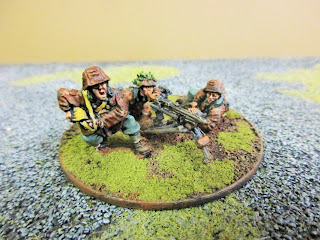 Of course, whenever you get out an old army to play with, you find that there's more stuff you need to paint... in the case of my Waffen-SS, it's medium machine-guns that I needed... so I ordered two guns with crews from local stockist Legions IV Hire. 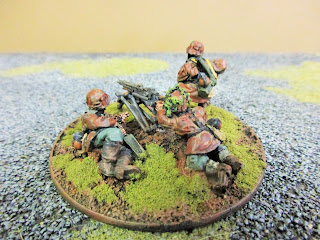 They painted up well. I tried my best to match the camo colours I used when I painted the rest of the army (maybe 15 years ago??) and the result was... OK. For the record, the colours I used to paint the smocks were (in order): 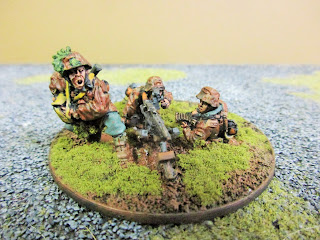 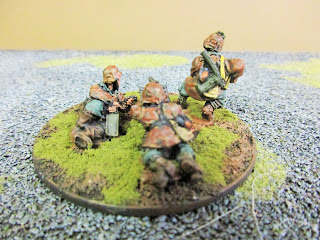 They turned out OK in the end and acquitted themselves reasonably well in the last game. The Bolt Action models are quite nice and I may get a few more specialists from them to add to my Waffen-SS force.

Great work Dallas - and well-done matching a paint scheme from a previous effort. Not always simple to do!