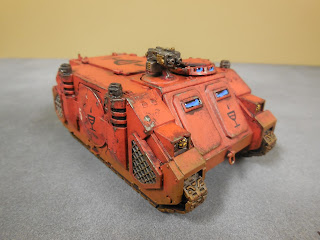 Heresy escalation continues! And while we all have a "resin habit", sometimes you can satisfy the Forgeworld crack cravings with some less-expensive drugs (meth?) from an alternative supplier. Step forward, Chapterhouse Studios and their "Mark I Rhino" conversion kit. 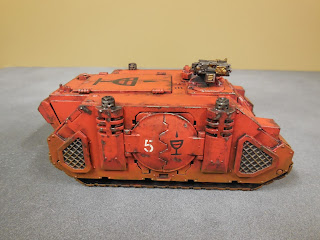 40K modellers will be familiar with Chapterhouse, one of the first third-party companies to make resin stuff compatible with Games Workshop kits. They're also famous for their nasty legal dispute with GW over intellectual property issues associated with their business. However, all of that seems to be behind them now, and they've brought out some interesting products, including this kit to convert the current GW Rhino transport into something more evocative of the Heresy era. 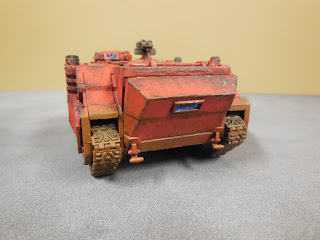 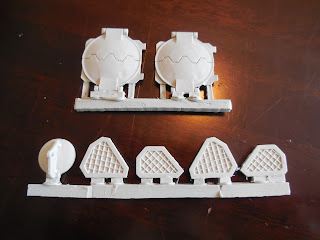 The kit, which retails for $14, comprises nine resin parts:the four side vents, two sets of side doors, and top hatch shown above, plus front and rear fascia plates, not shown. These replace or augment the parts in the standard GW plastic Rhino kit. 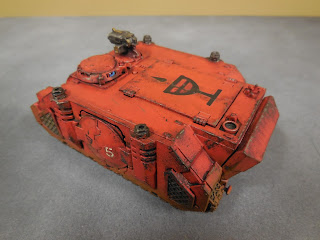 Assembly was very straightforward, without instructions being required. When putting on the side vents, though, you'll note that shaving one of the sides by a millimeter or so improves the fit greatly (see pic below). 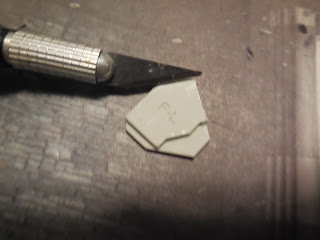 The other slightly awkward element of the kit is the resin casting gates connecting the side doors to the sprue (below). You have to be VERY careful in trimming these off, because the kit part is very thin at that area and prone to snapping right off. You can fix this with a bit of plasticard, as I did, but it's something to be aware of. 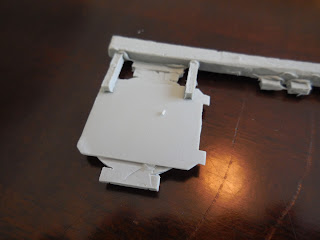 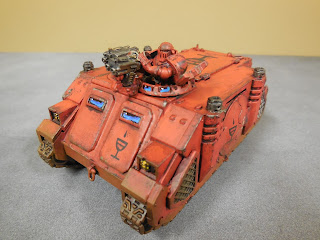 The crew figures are from Forge World. Front plate fits nicely in place of the standard kit part. 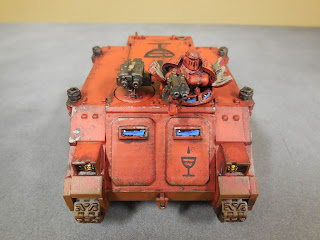 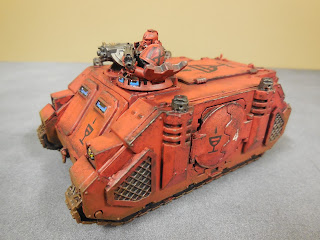 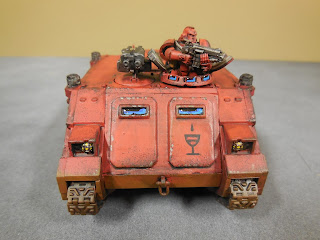 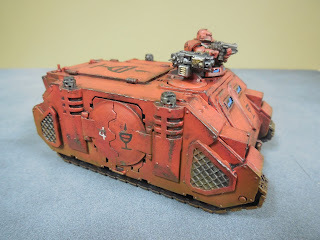 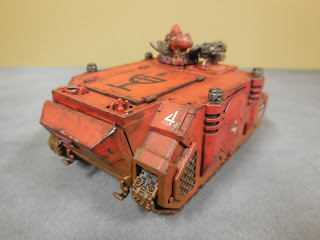 I fitted the rear door over top of the plastic kit part, after shaving the plastic part flat. Assembling this way allows you to maintain the opening rear door feature. 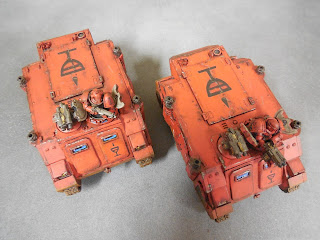 I'm quite pleased with how these turned out, given the cost of the Chapterhouse parts versus that of the Deimos pattern Rhino kit from Forge World, but it really only makes sense if you have access to cheap Rhino kits. At full USD retail, the Chapterhouse Rhino costs $51.25 while the Deimos is 35GBP, at current exchange this is about $54. But for me, since I had two unbuilt Rhinos that I'd picked up cheap, it was a no-brainer. Sometimes meth > crack ;-)

Great work on these Dallas.

Very cool. In some ways, I like this better than the FW kit. And who doesn't have a box of Rhinos to convert?