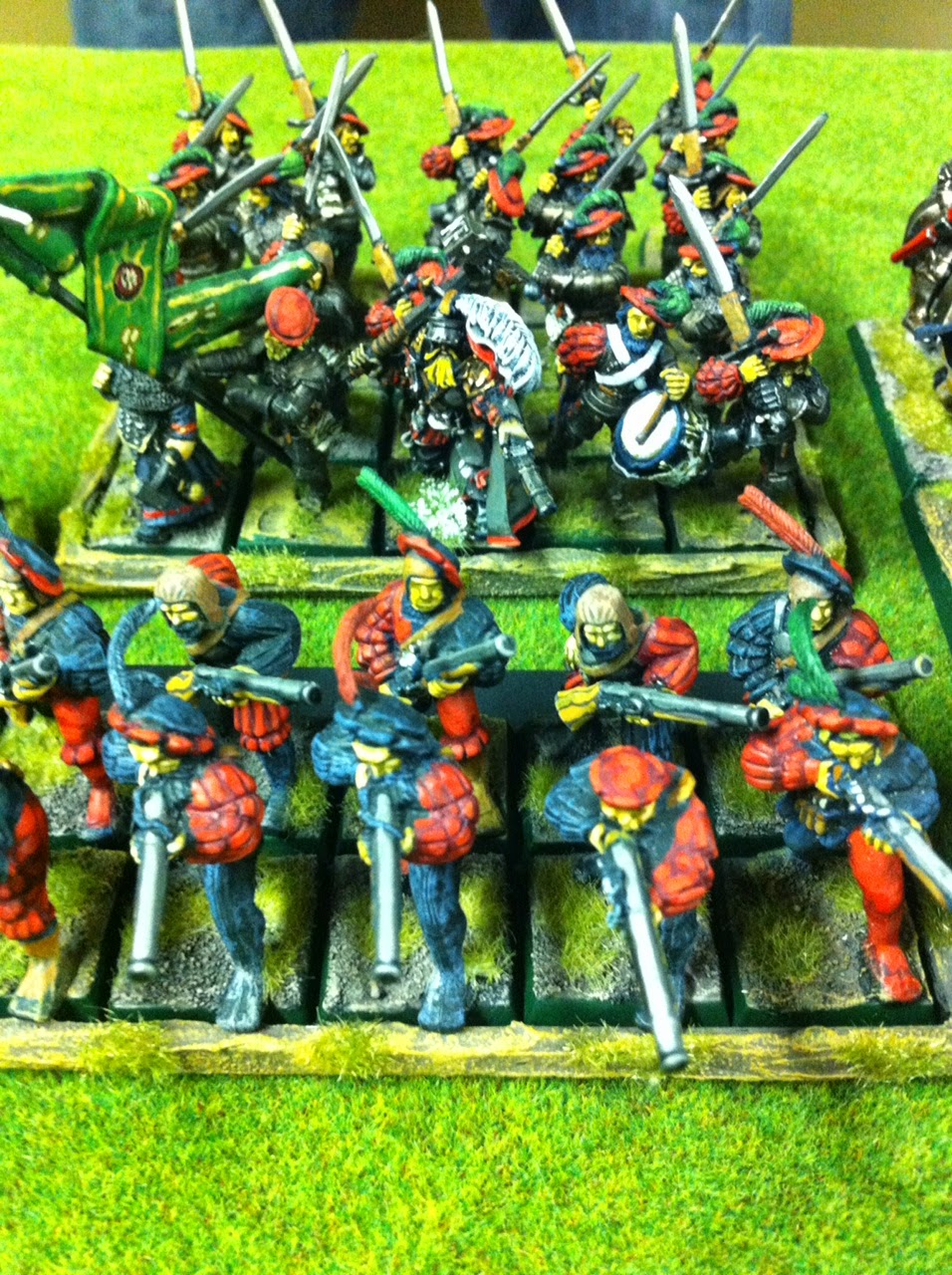 A few weeks back, we decided to dust off a couple of our old Warhammer Fantasy Battles armies and have a go. Conscript Greg brought his Empire panoply and I rolled out with my Skaven. Two thousand points was the engagement level, and I was pretty worried about making the time to get a list together since work has been so mental... however I needn't have worried overly, since in my podcast listening I'd found out about Battlescribe, a free list-building app... both Greg and I used it and it worked pretty well on our iPads. 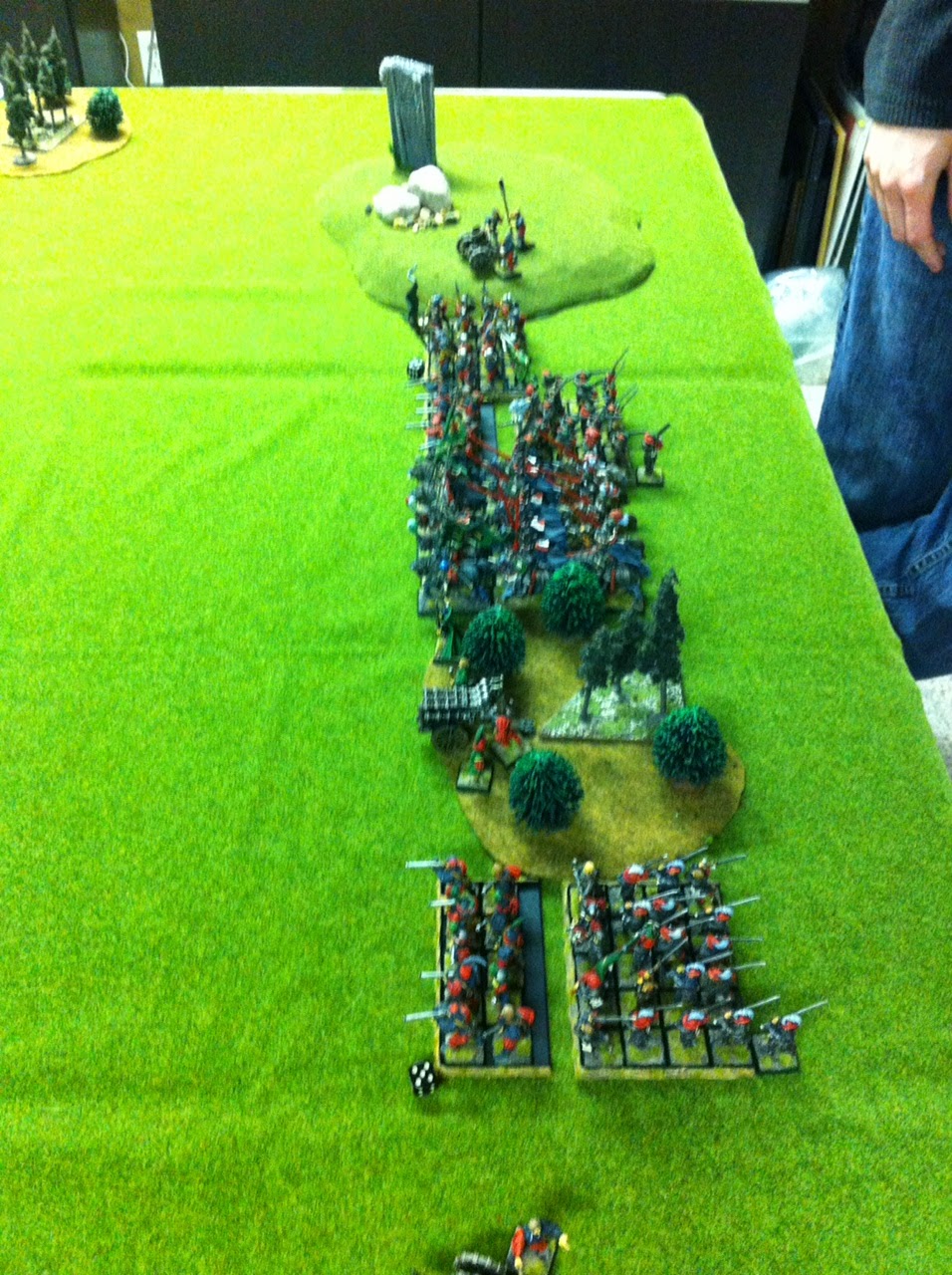 Greg's guys looked awesome arrayed in a line of battle. I was initially heartened by my superiority in both bodies and magic-users. Greg brought a few scary things though - notably the three artillery pieces and a 15-man knight unit... 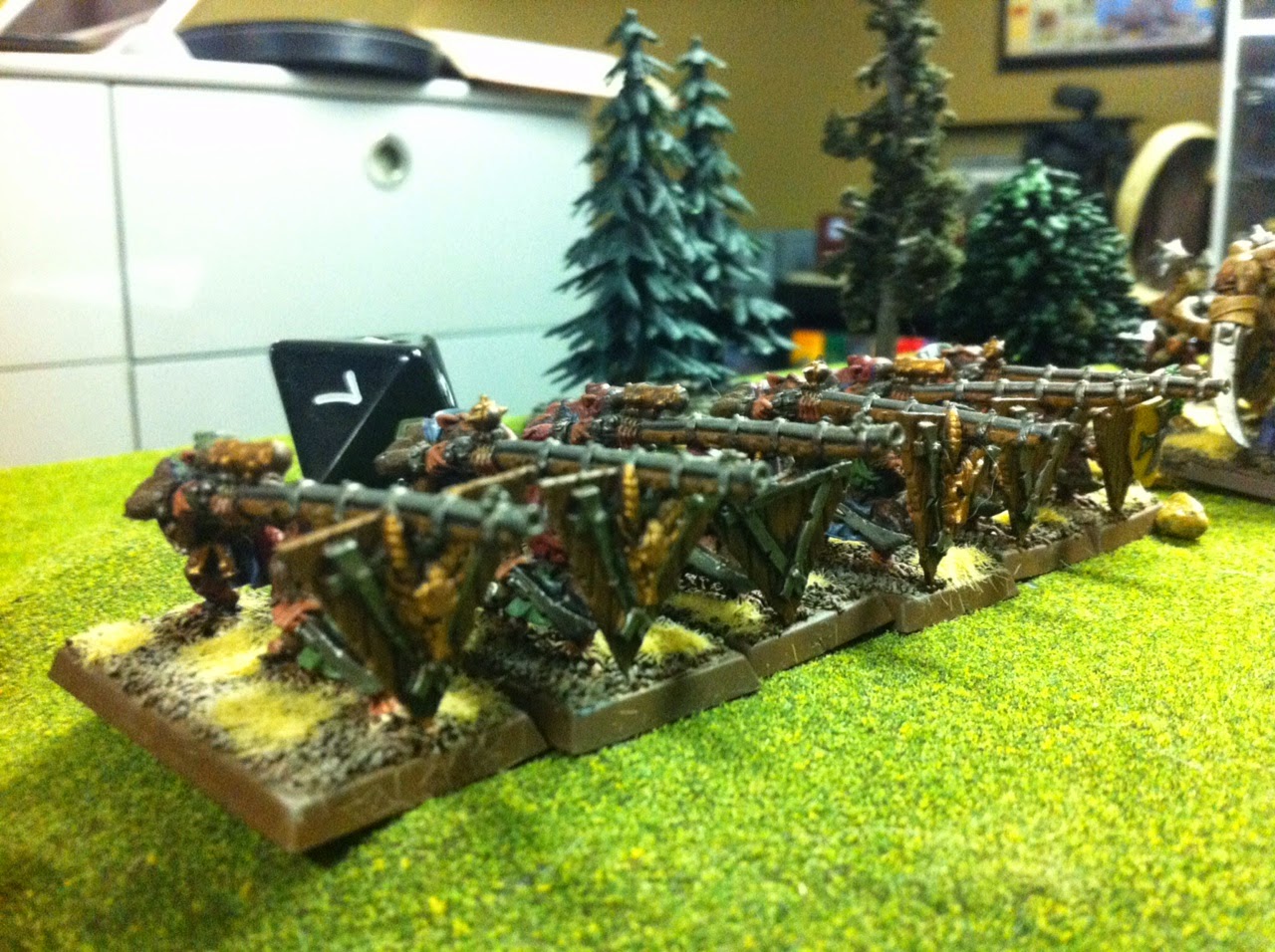 I brought some Jezzailists to wield their S6 -4 save weapons against said knights... 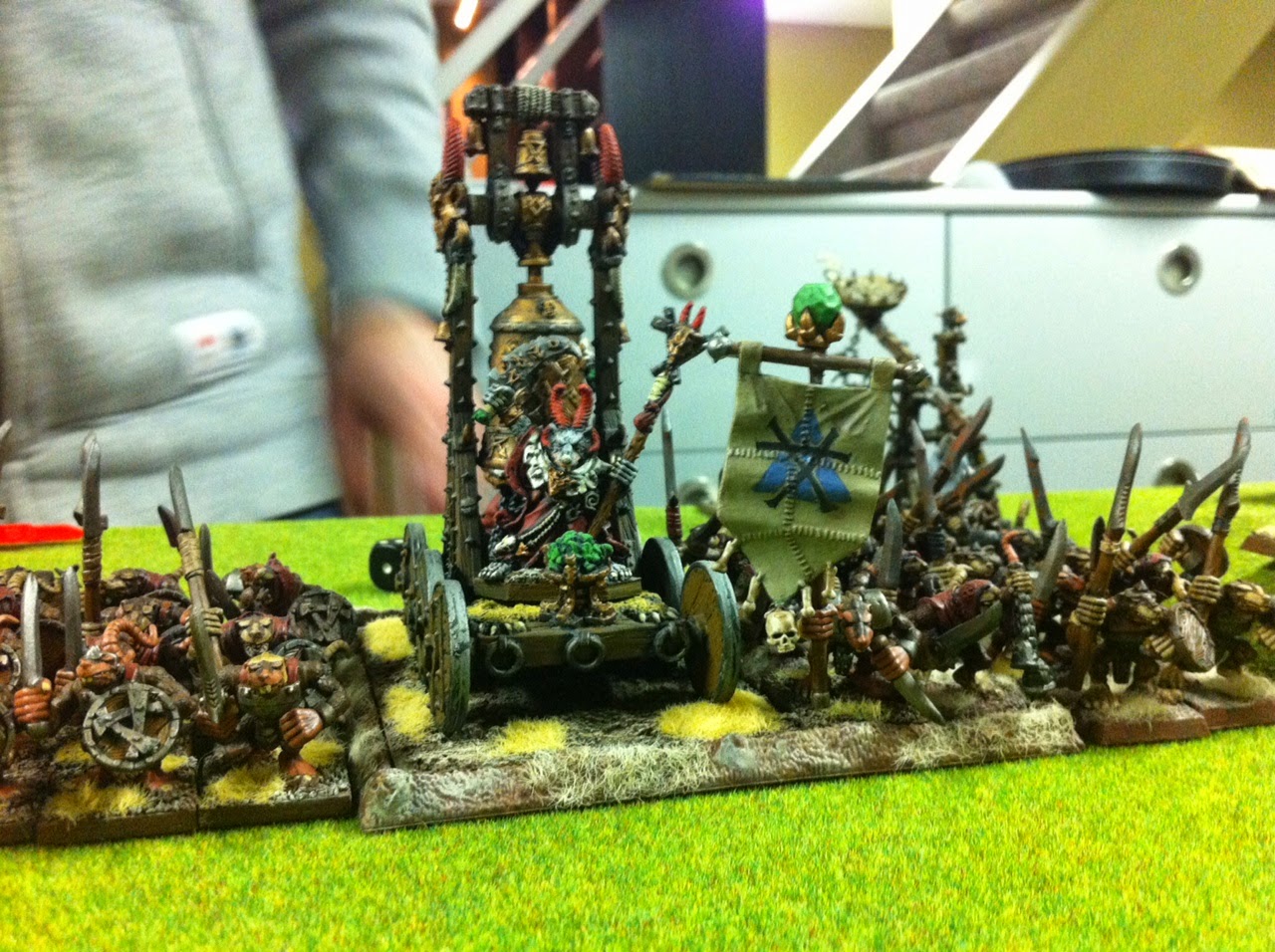 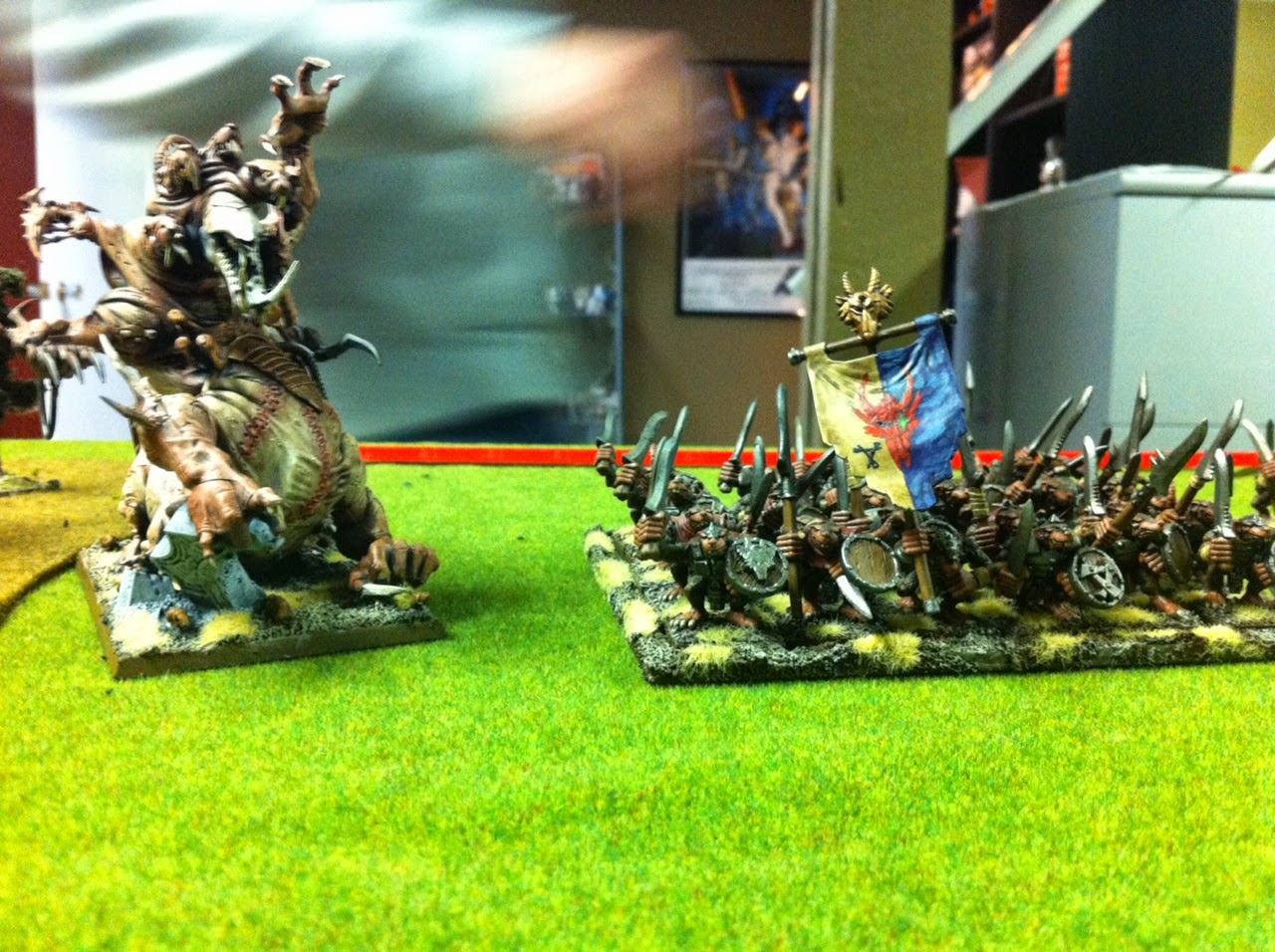 Hell Pit Abomination and a third big block of Clanrats. 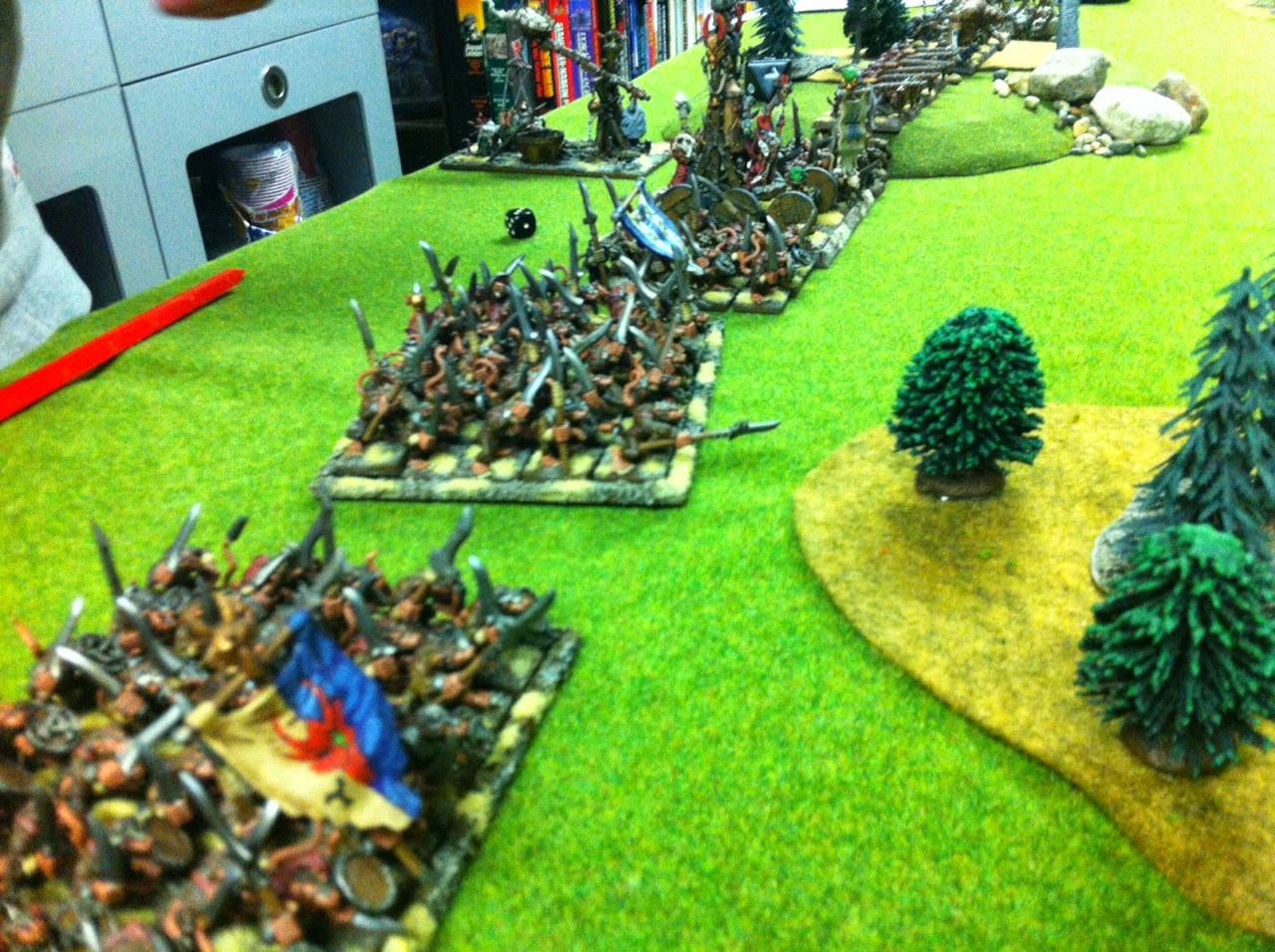 Chittering hordes itching to get at the humans... 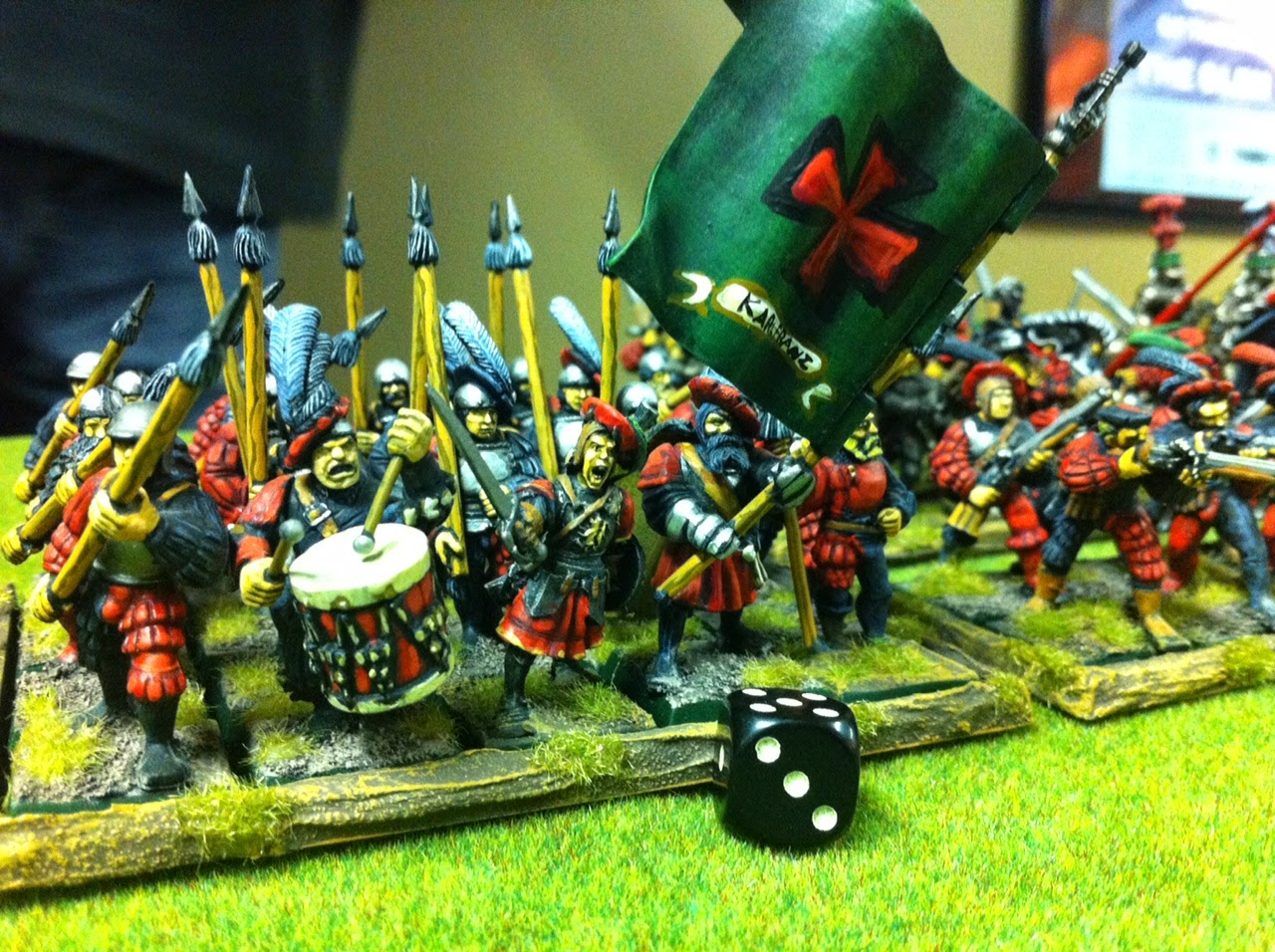 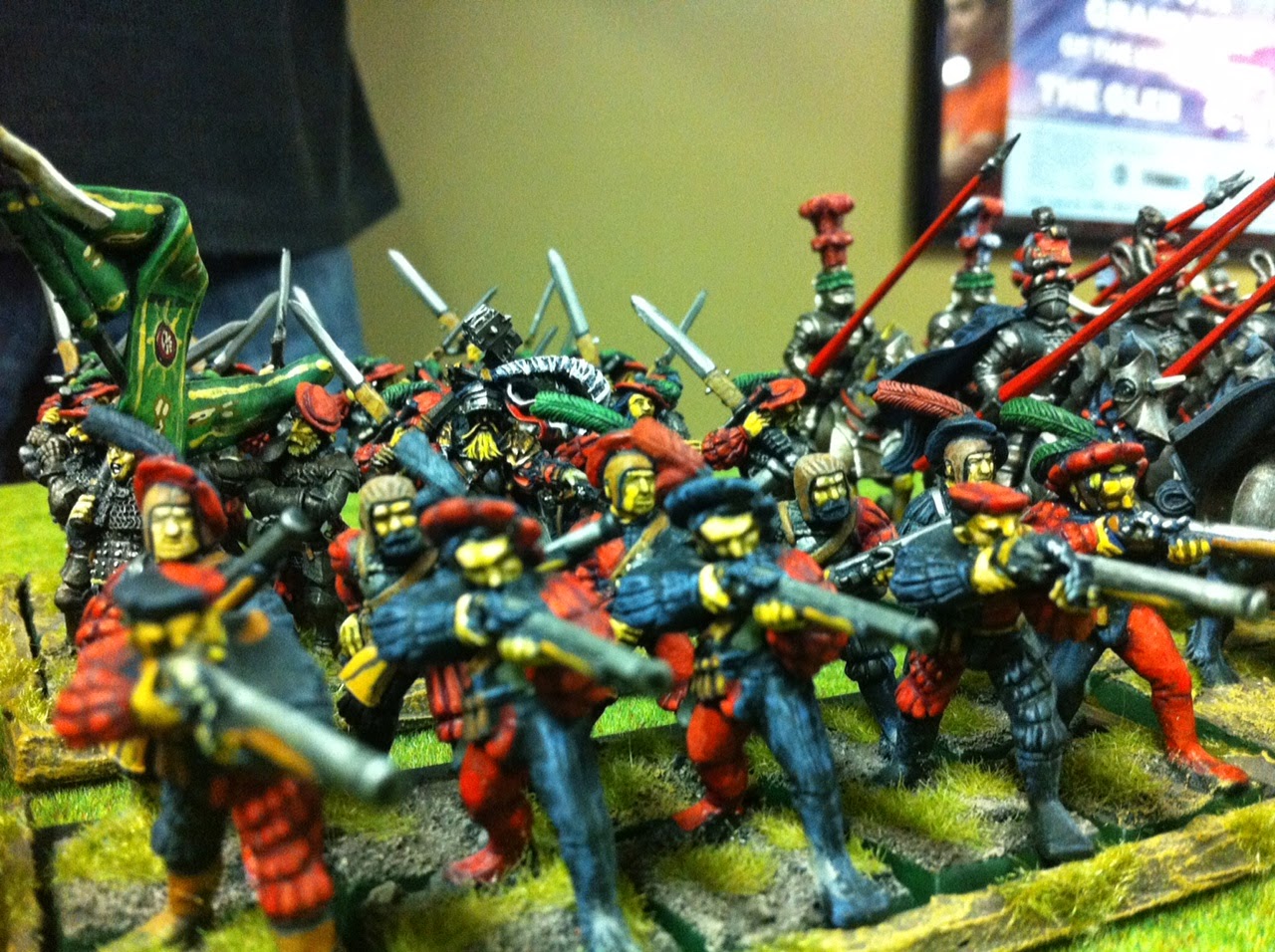 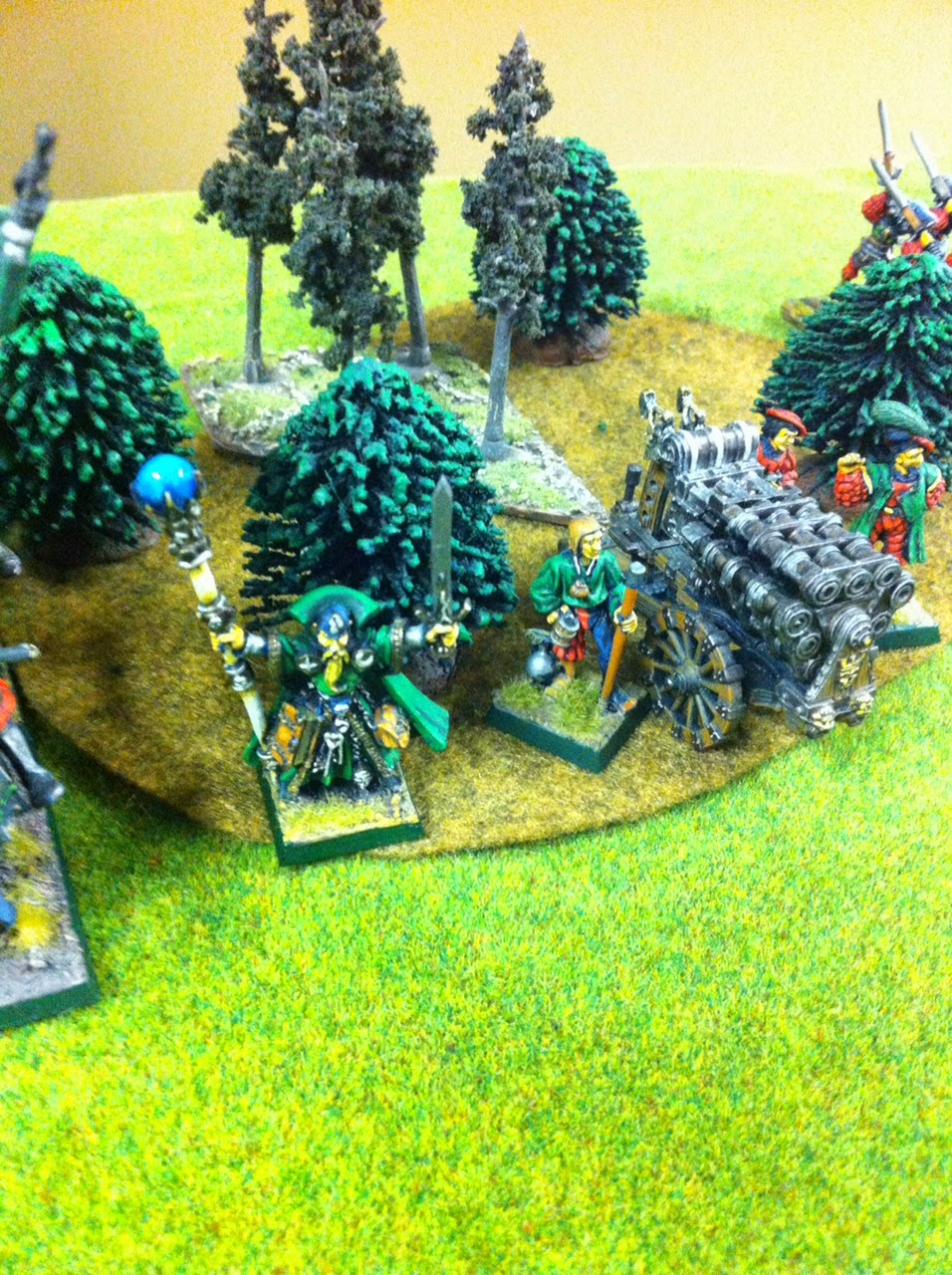 If I recall correctly, this is one of the main things that did me in - Helblaster cannon. 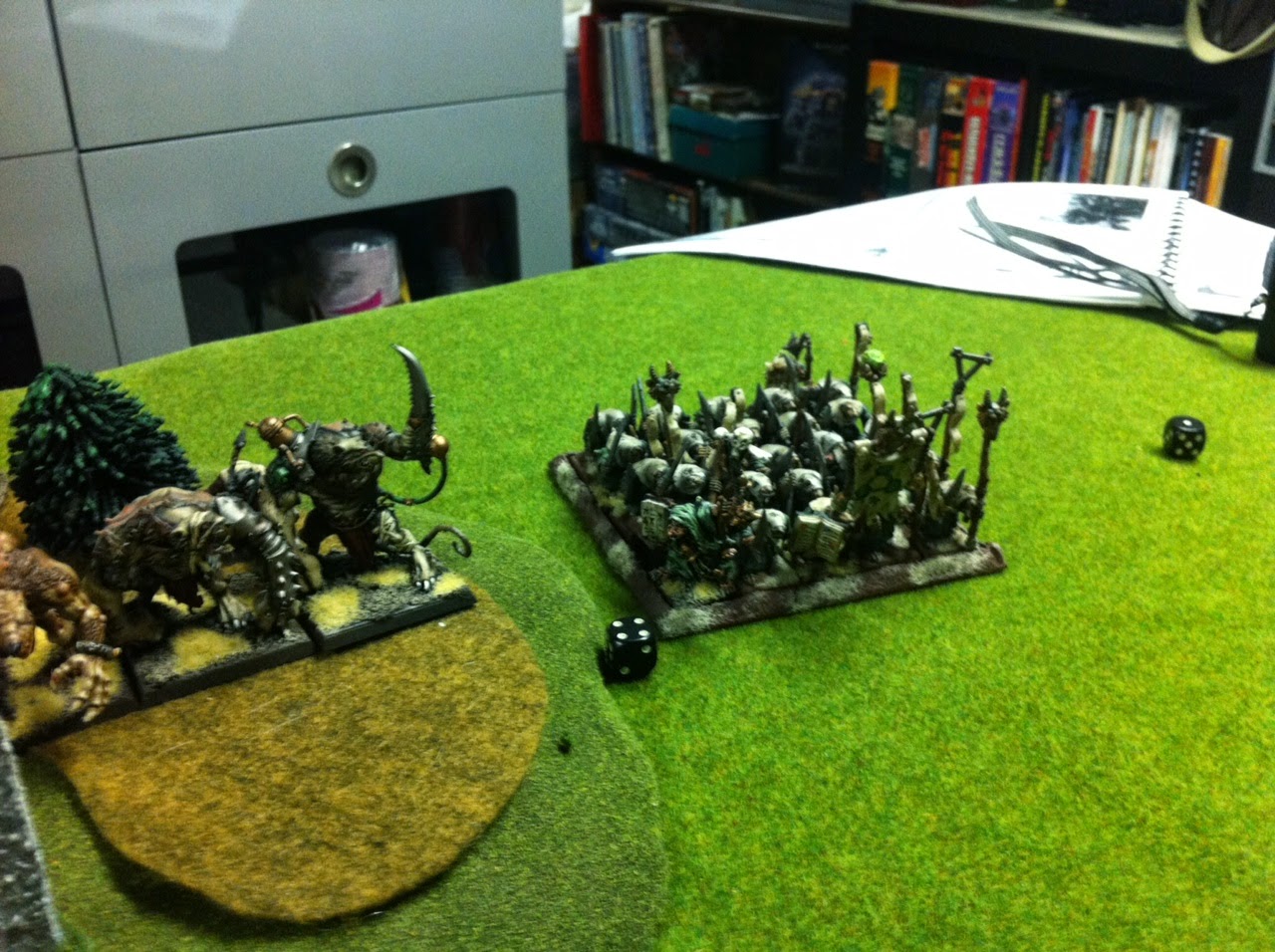 ﻿
Rats had a simple plan - advance to contact and rip the humans apart. We had superiority in numbers and some big monsters on our side too. What could go wrong? 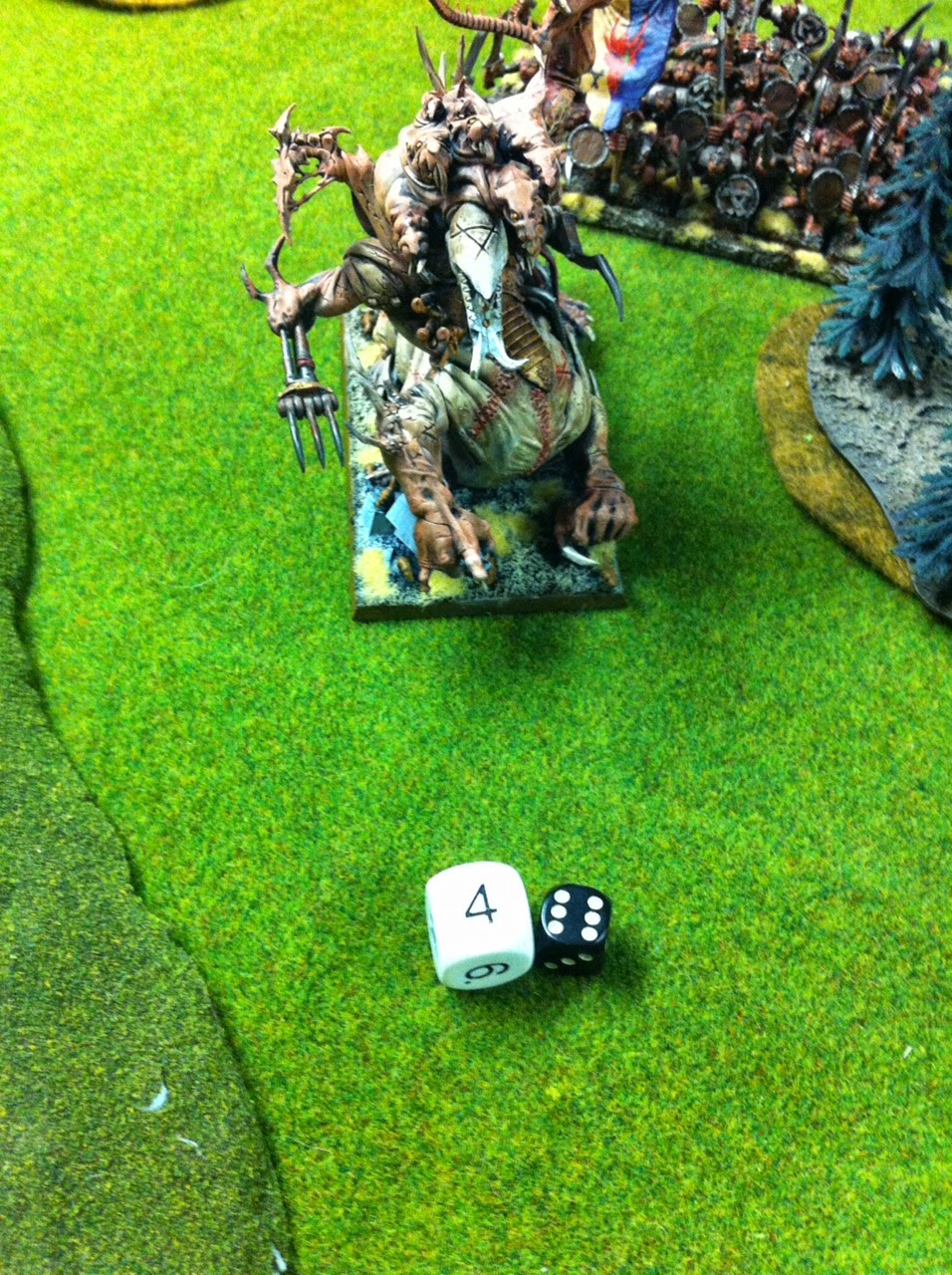 ﻿
Well, this for one thing... that's the bounce on the Great Cannon shot at the Hellpit Abomination. Yes, he died quickly. No, he did nothing. 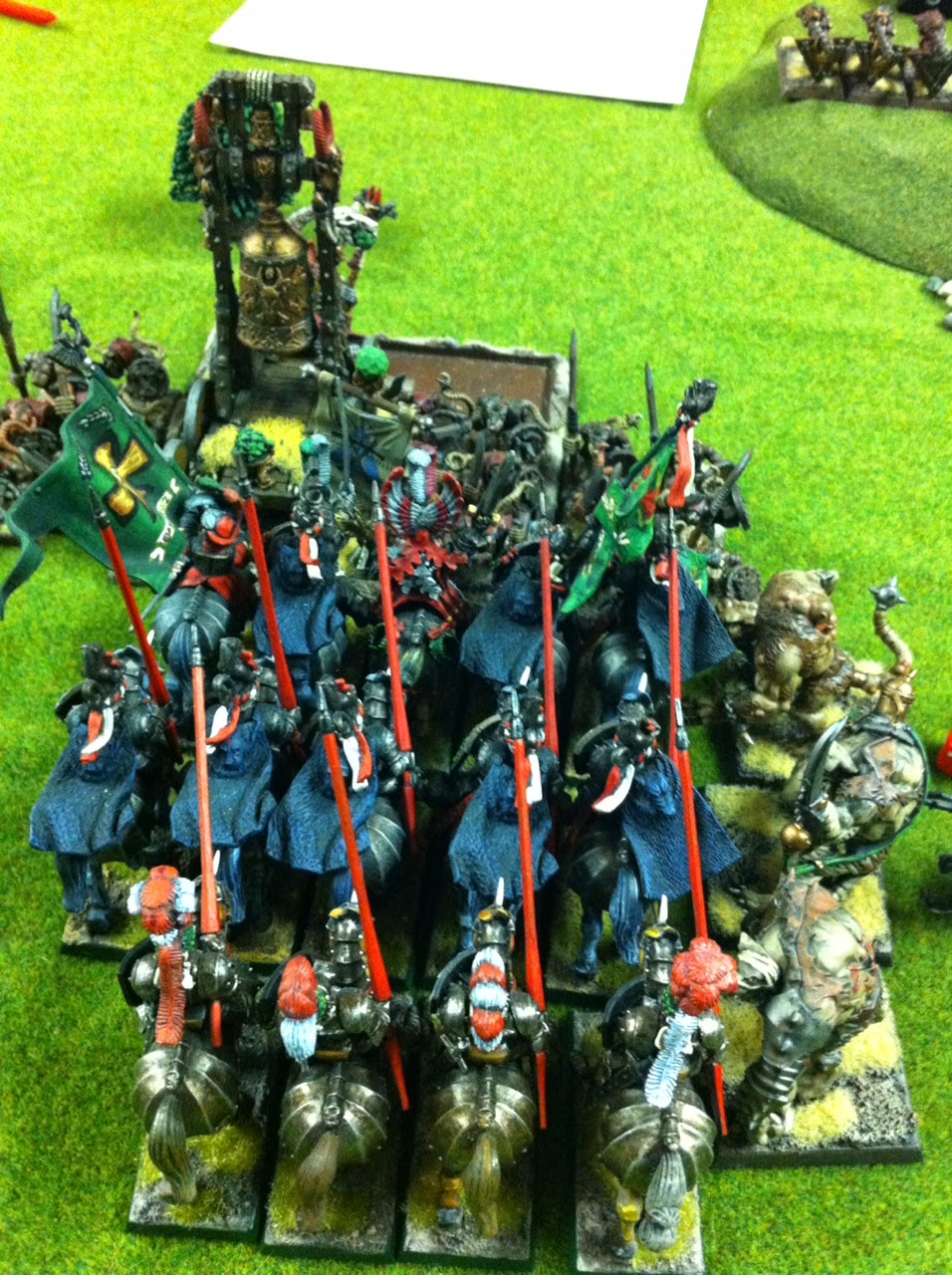 Knights ram into the clanrat block with Screaming Bell. I kept forgetting to activate the Bell but it didn't make a great deal of difference as it (and my Grey Seer) died horribly. 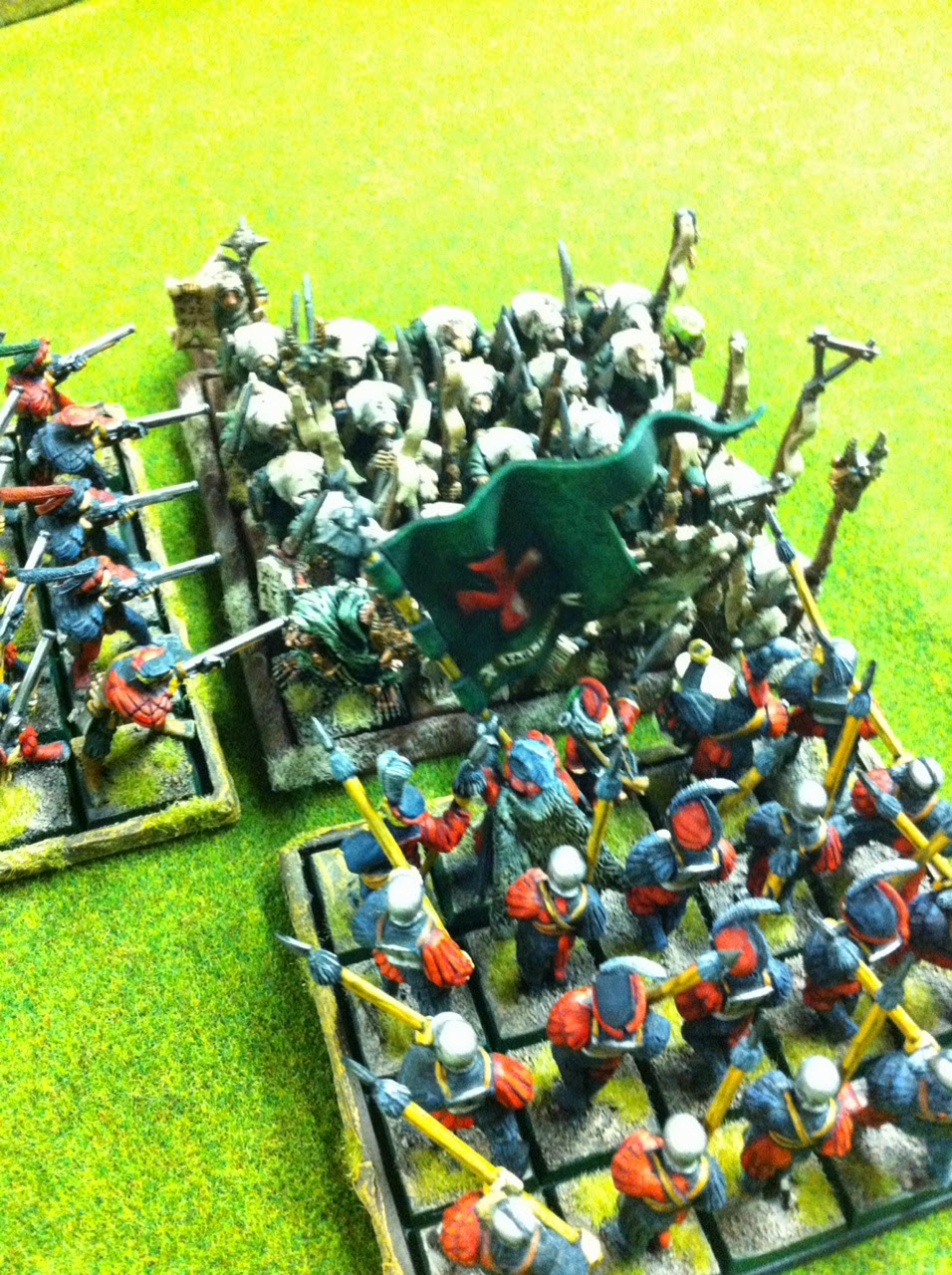 Nothing much better on the Plague Monk front - Empire troops took an extra dose of hand sanitizer before the battle and came out refreshed. 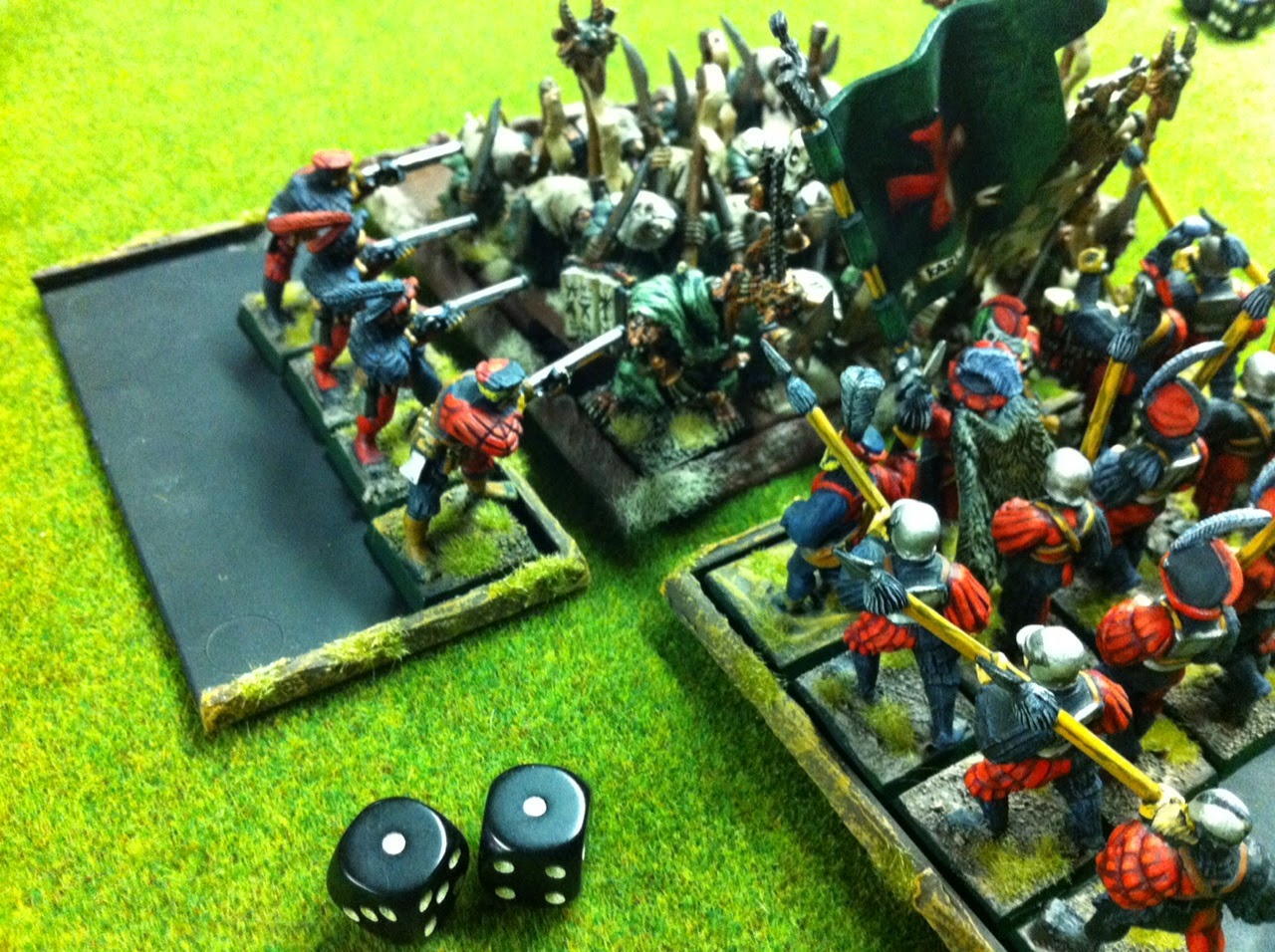 Can't remember exactly what this die roll represented but I'm pretty sure it was Not Good for the Skaven :-( 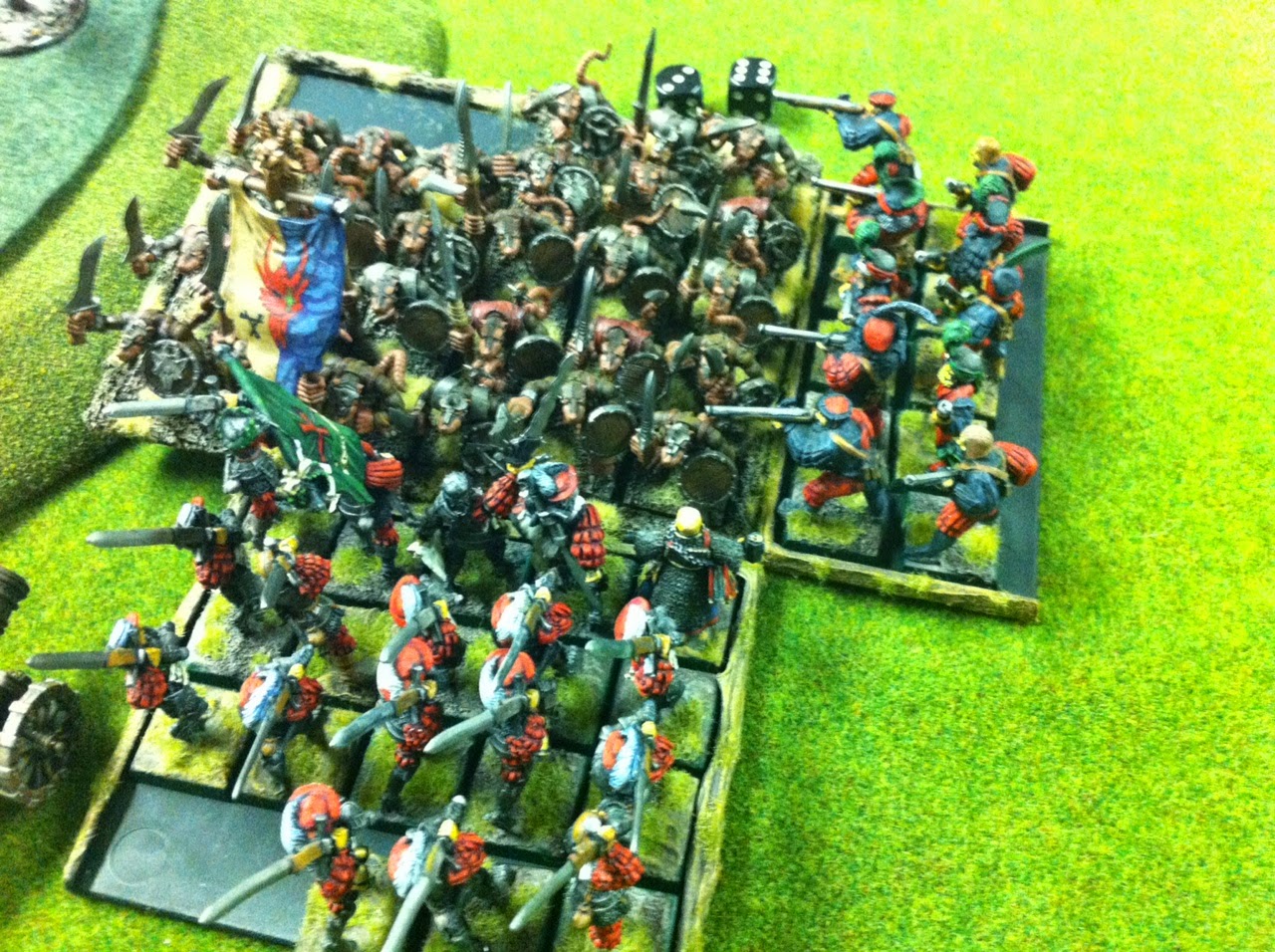 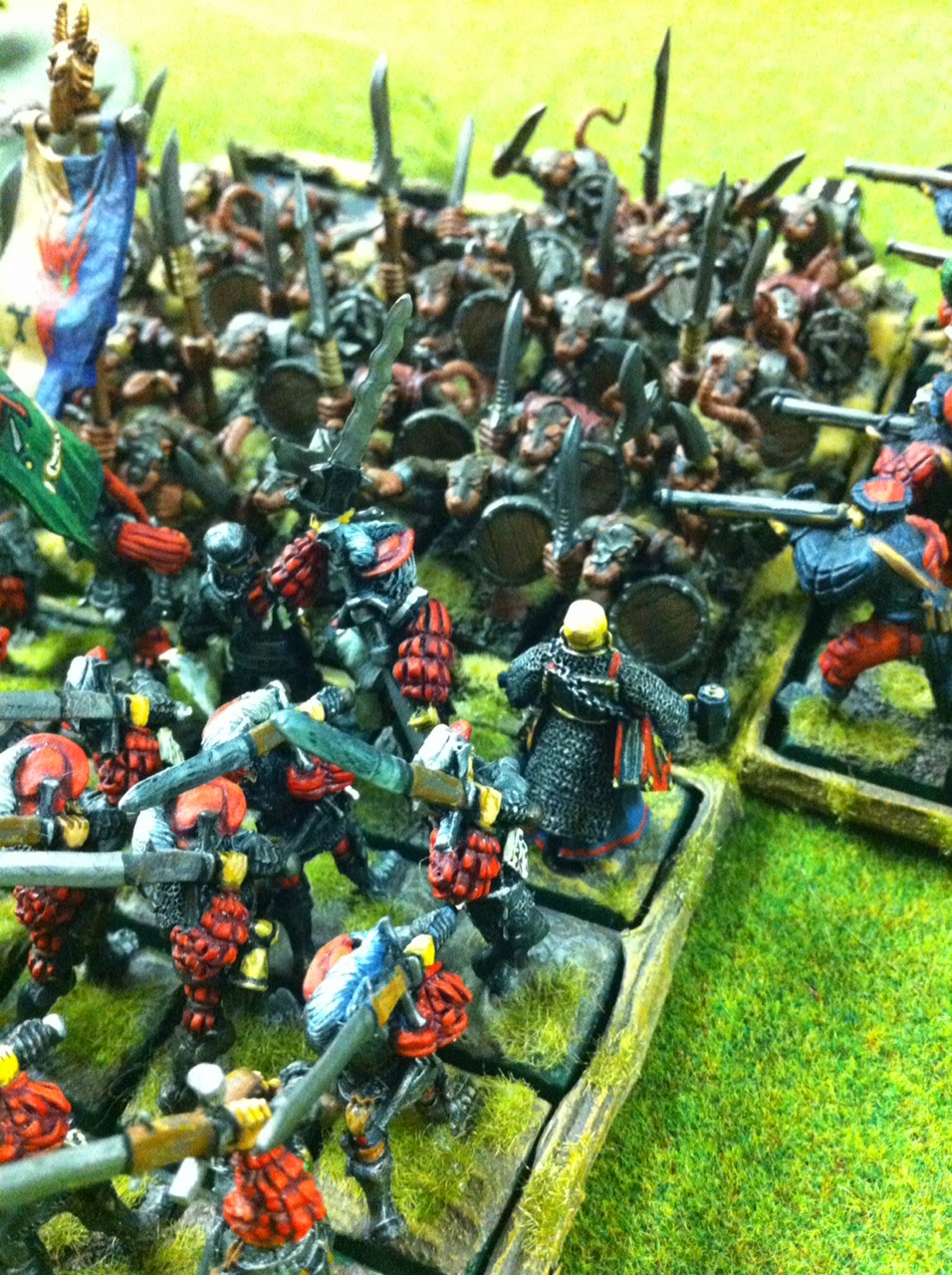 ﻿
All along the line we were getting stuck in but it seemed to no avail. Empire detachments wrapped around and that was it. No coordination = no momentum.﻿
﻿
﻿ 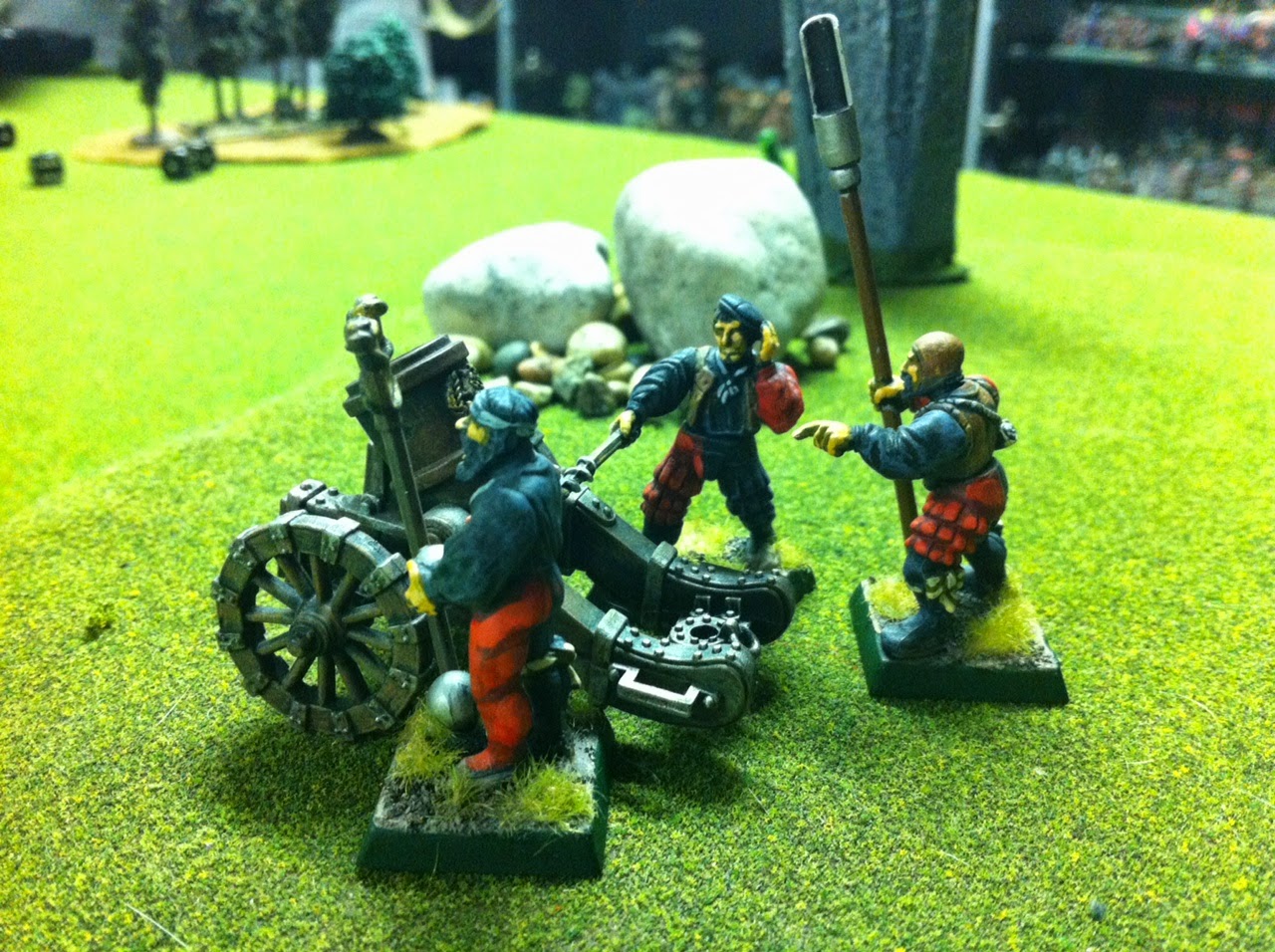 Mortar played a part as well dropping templates on the clanrats from afar.

Anyway, this post is kind of an object lesson in posting when the battle is fresh in mind. This one happened some weeks ago and although I'm sure SOME things went my way in the game, all I can remember is abject defeat ;-)  Perhaps that's the Horned Rat's way of saying "must do better next time" :-) Always fun to play WHFB though and the game looked great!
Posted by Greg B at 10:52 PM

I had an Empire Army around 14 years ago, and the Helblaster was a definite discouragement to blocks of enemy infantry - when it wasn't blowing up!

Thanks for a great AAR!

Thanks for getting this posted dude!

I believe the "snake eyes" seen in the photo were rolled, against the odds, for a break check that kept my lads in the fight against your plague monks...it was one of those nights for the Skaven!

Oh yeah, how could I have forgotten that break test! As you say, "one of those nights"...