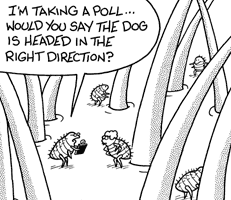 For the record, here are the results of our latest poll. 37 of you voted on the following question:

The new "meta" in 40K tournament play seems to be "allies". What do you think of Allies in 40K?

Here are your responses:

So, taking out those respondents who don't play 40K, 78% of you thought allies are either unacceptable or only OK in a special or themed game. Only 11% thought that allies are a good fix for codex deficiencies.

My own view is that allies are generally lame. I wouldn't use them except in a themed narrative game on a Thursday. Although I am maybe the wrong person to ask, as I'm not too fussed about winning or losing a game as long as the result is close and it looks really nice :-)
Posted by Dallas at 2:04 PM

I generally find that when I take allies, it's to just use some of my other models.

I have enough points to field a strong 2k+ Black templars force, but can't do the same with my battle sisters.

I think where allies breaks down, is when people try to run stupid combo's (like putting a priest in with terminators to re-roll armor saves). I guess that's fine in a no holds barred tournament setting, but you'd get dread socked doing that locally :).

I think it really matters what the allies are and how you use them. It also matters where you are playing or why.

Allies to me have always been something that was missing before. If you read even some of the books and fluff, you find many occasions were a small group of marines are helping out a large Imperial Guard contingent, or where Chaos are fighting alongside corrupted IG, or Tyranids are fighting alongside infected IG. Then there are Sisters of Battle, the Inquisition, etc, etc. It's always been part of the fluff. The trick is taking things that make sense and not just because model X in a potential allies list is way too good for its points.

The second point being the where you play, ff you are playing to get ready to go to a tournament, then allies are pretty much 100% ok, in fact they are almost a given. The simple fact is they are part of the meta game now.

Some armies don't "need" them to win games, but if you want to compete at the event and win over 50% of your games, unless you play elder or tau, or one of the various tournament "spam" style lists, you pretty much need to fill some holes.

If you play for just fun and everyone is on the same page, then allies are again either 100% ok, or 100% uncool.

Everyone and every group though is completely free to play their own way.