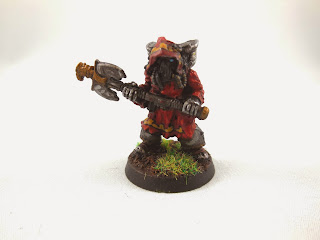 Trying to squeeze in a few more posts before the end of the year... here are some models I've just finished for the Analogue Hobbies painting challenge.

First up is an old Citadel Adeptus Mechanicus Tech-Priest from the Rogue Trader era. This was a model I picked up recently from the estate of Tim, a friend of the Conscripts, who passed away suddenly last year. Godspeed, Tim. 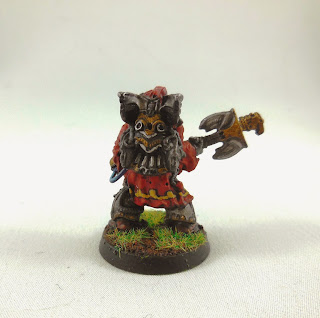 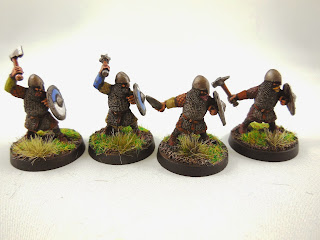 The next group is some Hasslefree dwarves. These are really cracking little models, and very easy to paint. 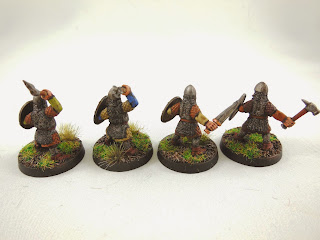 The weapons and weapon hands are cast separately for flexibility in assembling your models. 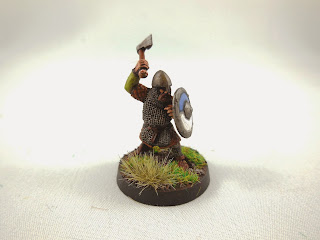 For some reason I've been on a real fantasy kick lately - mainly due to the very cool stuff that "Oldhammer" aficionadoes have been posting on their blogs. Really gets the juices flowing to remember a simpler time, before skulls and "listhammer"... 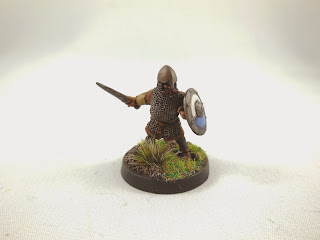 Another order to Hasslefree is imminent. 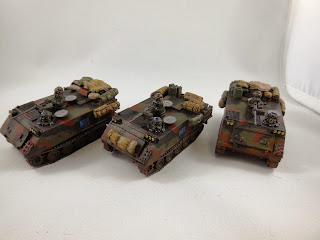 Lastly we have some M113s from Baker Company, for my Eureka MOPP-suited Americans. Modern escalation has really been on lately - my Russians have scored a BMP-2 and Hind, so the Americans deserve an upgrade too. 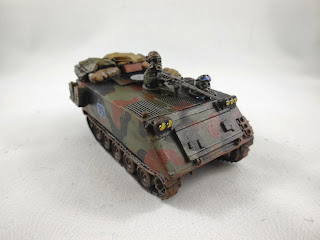 The Baker Company models were a birthday present. As it happens, they are quite poor models and took a lot of work to get into acceptable shape. Baker realized this and sent a pack of Vietnam War US Army infantry with shotguns (!) as a sweetener, but unfortunately they're no good to me. 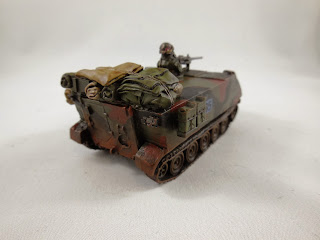 The stowage came from an ebay seller I've nicknamed the "South Korea Store" after the infamous "North Korea Store" that used to peddle those 1/48 Kitech armour kits for cheap. The resin stowage is great - albeit smelly - and you get a ton in a pack. This pack was designed for a Sherman tank but stowage is stowage, right? 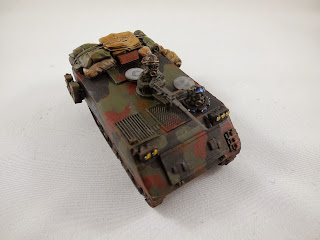 I sculpted gas masks on the crewman to fit with the rest of the MOPP-suited force. 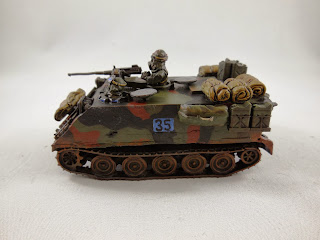 One of the tougher things to get my head around was the tactical markings that should go on these vehicles. After a ridiculous amount of Internet faffing about, I decided to go with "Reforger"-type exercise markings. At least with WW3 stuff no-one's gonna tell you you got it wrong!

Well that's my break done, back to the painting table and "Leafs/Red Wings 24/7". Stay warm kids!
Posted by Dallas at 1:48 PM

nice work all around, but those hasslefree dwarfs are excellent... I really need to get some.

Great work dude, particularly on those M113s. Having seen up close what shiiite those models were, they turned out great!