Team Yankee: Don't give a Fuchs about no Gepards 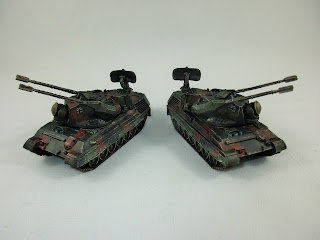 My next effort in Team Yankee Escalation was two Gepard anti-aircraft artillery tanks. 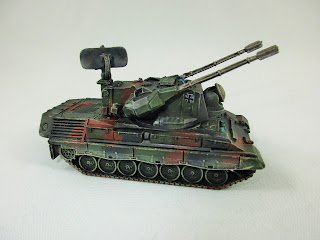 Armed with twin radar-guided 35mm AA guns, you know the Gepard ("cheetah" auf Deutsch) is one serious MF-er. The 15mm Battlefront model is easy like Sunday morning to put together, with a resin hull and metal parts. 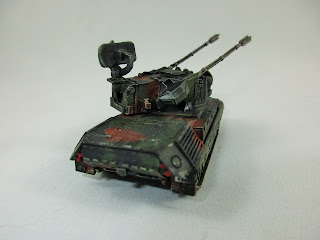 Sadly the guns don't elevate and are stuck in place. The radar dish can be positioned in whatever direction one likes. 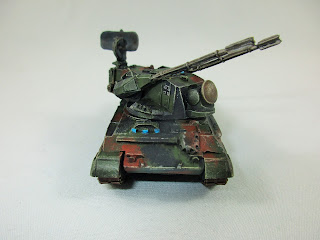 The Gepard flakpanzer utilizes hull and running gear from the Leopard 1, and remained in service with the Bundeswehr until 2010. In our Team Yankee games the Gepards have been MVPs in knocking down pesky Soviet Hinds and even taking out Frogfoot ground attack aircraft! 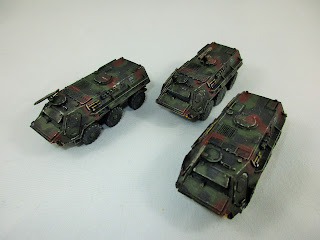 Although not fielded yet in a game, my West Germans have seen some additional escalation in the form of three Fuchs armoured troop carriers. 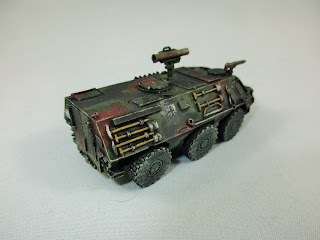 These vehicles are organic to the Panzeraufklarungs (armoured recce) units. One in the troop can be armed with a roof-mounted TOW missile for some anti-tank capability. 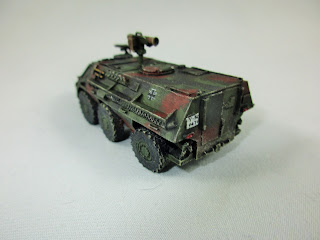 Mostly I just like these vehicles because they're pretty cool-looking ;-)

All of the vehicles in this post were painted in the same manner as the Leopard 2s I posted previously. Of course, if you like the Bundeswehr, stay tuned for more German stuff including Marders and infantry!

Not only to the Gepards look lovely, the utter ineffectiveness of my aircraft are a testament to how murderous the damn things are...