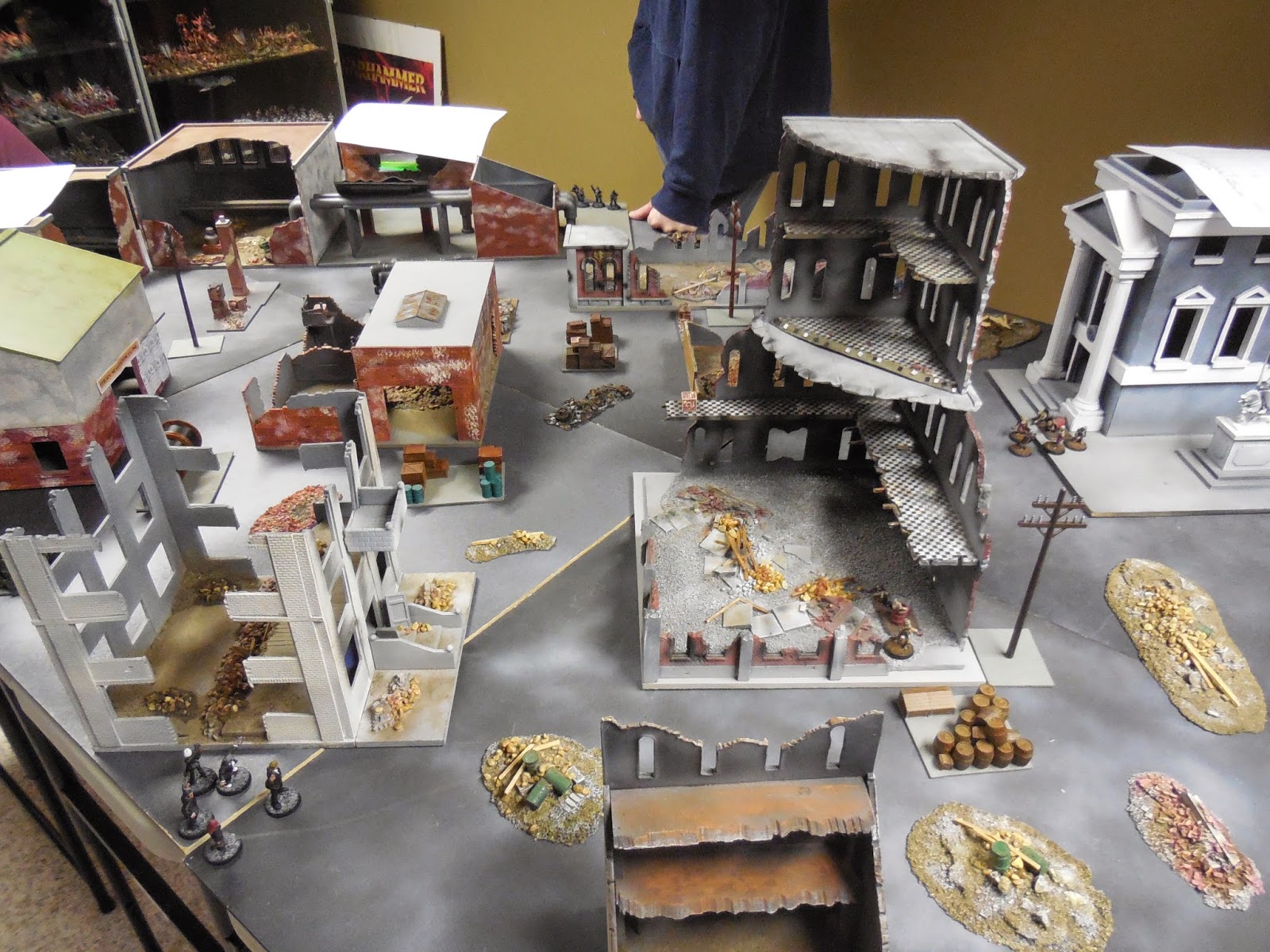 Sometimes it's fun to do club games themed around a particular holiday or time of year. Remembrance Day is a good example. This year Hallowe'en fell on Friday and the game on Thursday, so I teed up something appropriate... Urban Zombies!! 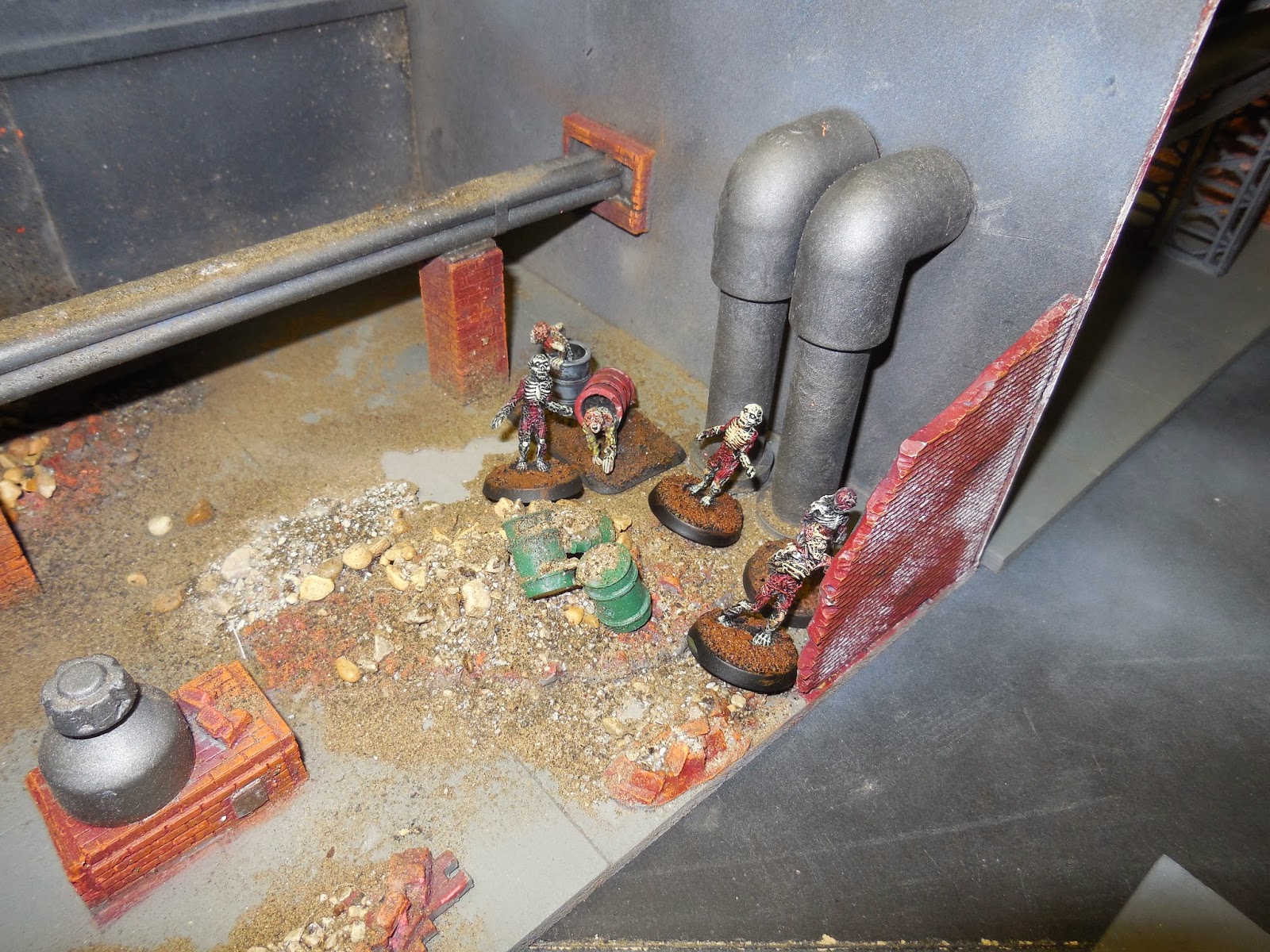 There were a bunch of zombie spawning barrels scattered around, too. Zombies would spawn randomly each turn and move towards the closest humans. Zombie kills were tracked by faction and served as tiebreakers in the event of equal VPs scored. 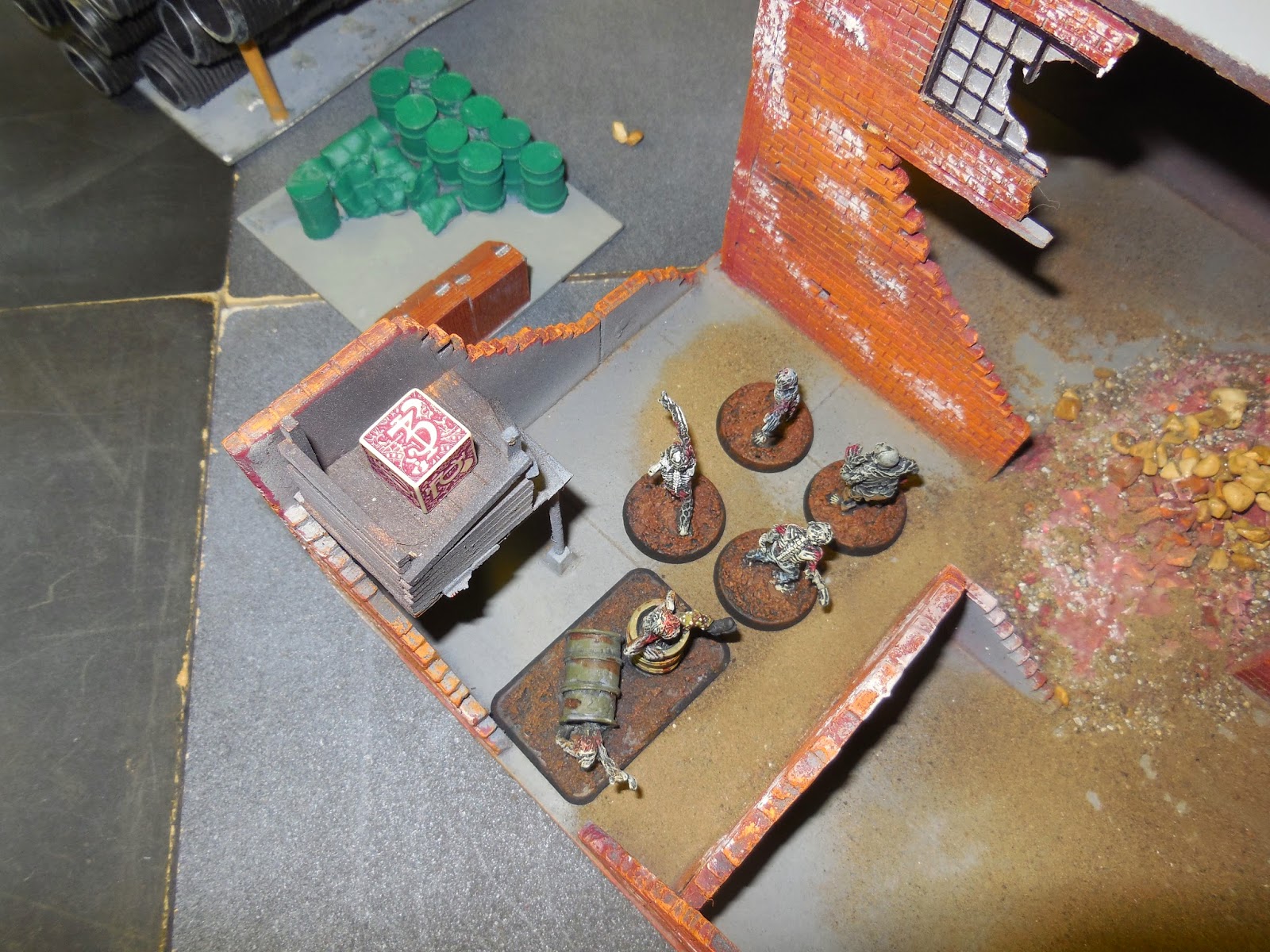 The zombies are the "solanum" type described in World War Z and other genre sources. Basically they need to be shot/hit in the head to be sure of a kill. We use a modified version of GW's Lord of the Rings with some additions for how hard it is to kill zombies (basically either call a "headshot" at -1 to hit, or re-roll successful To Wound rolls) and for automatic weapons. 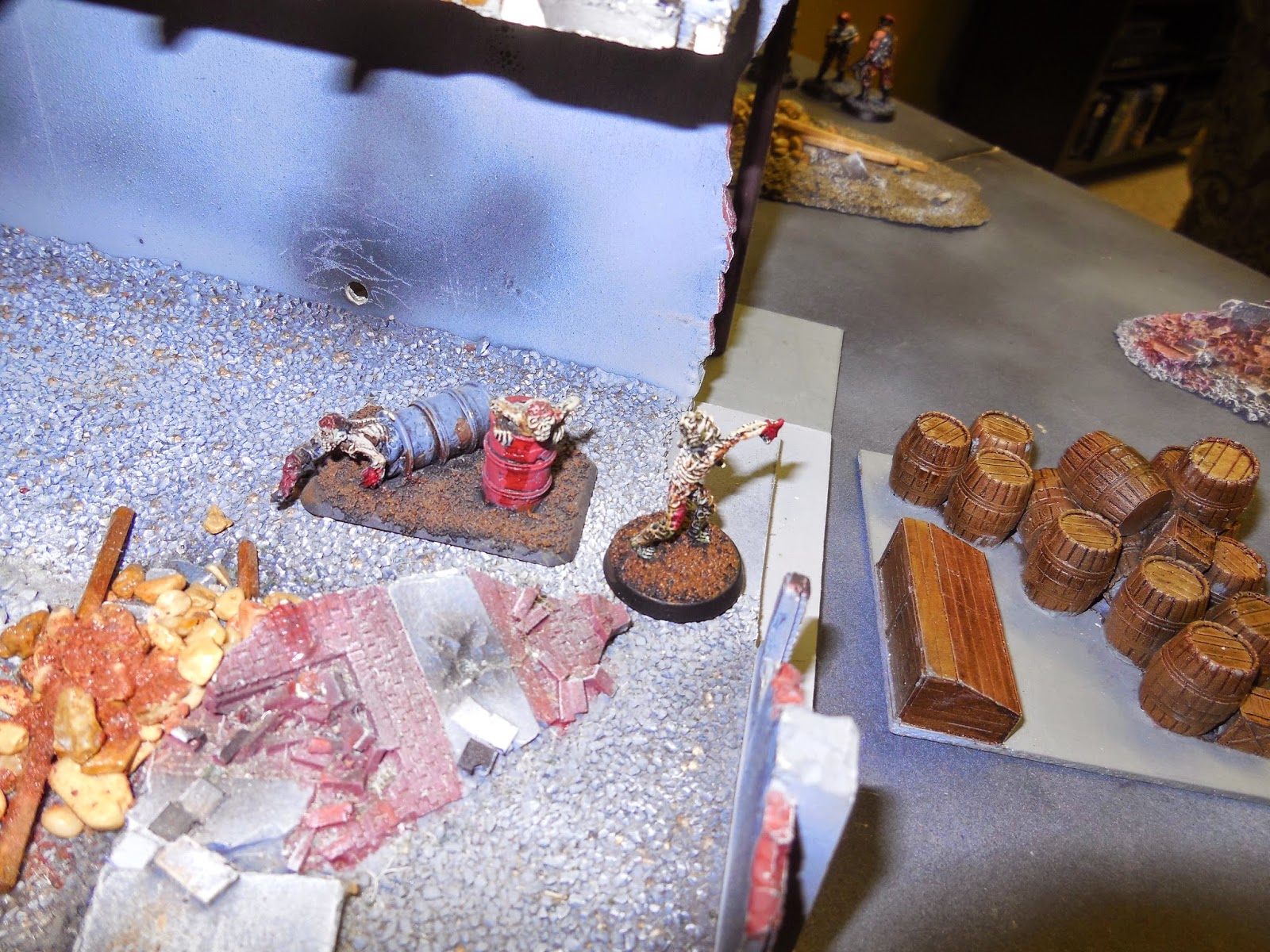 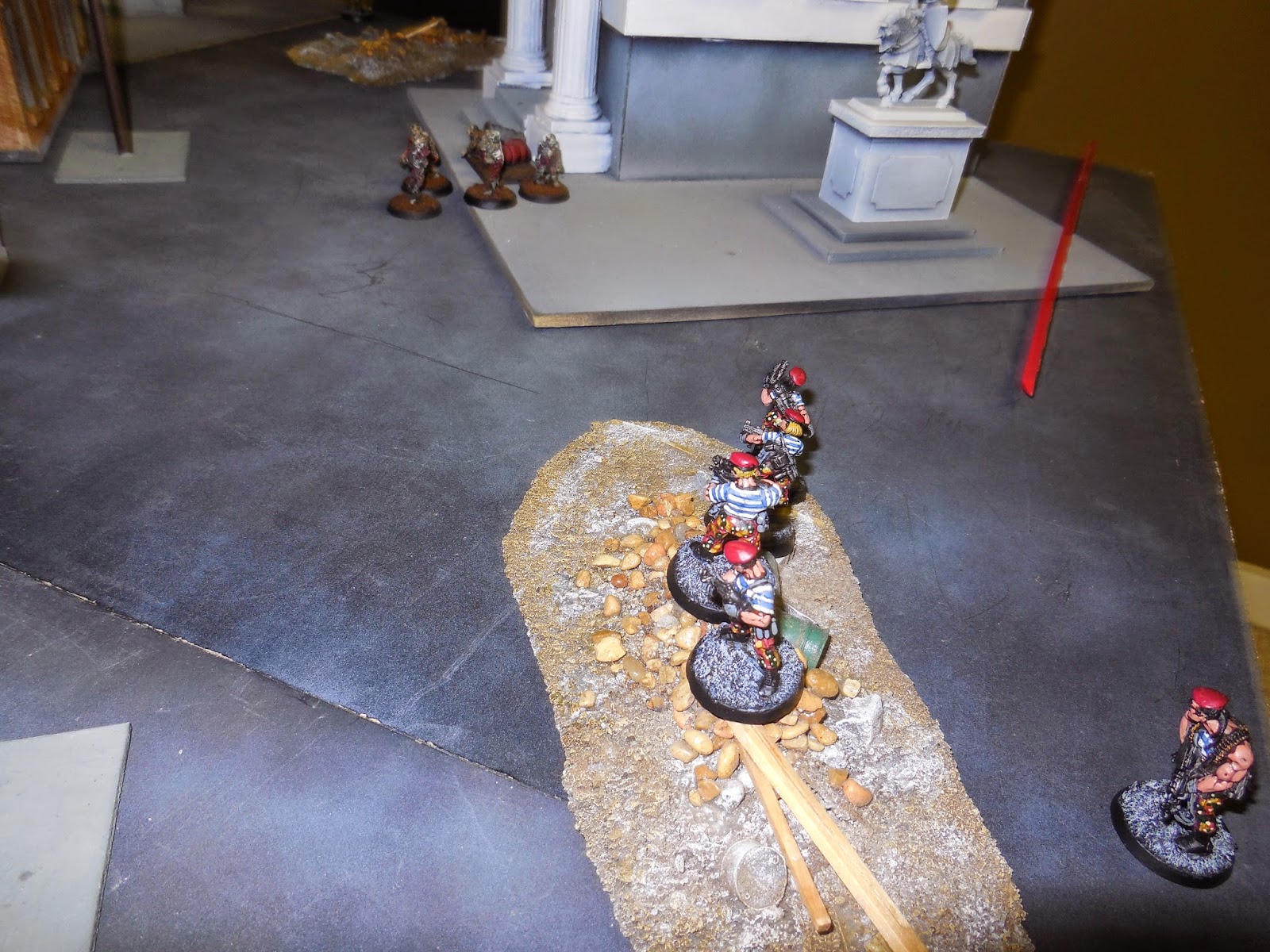 The Big Pharma Mercenaries spot zombies coming out of the Bank. 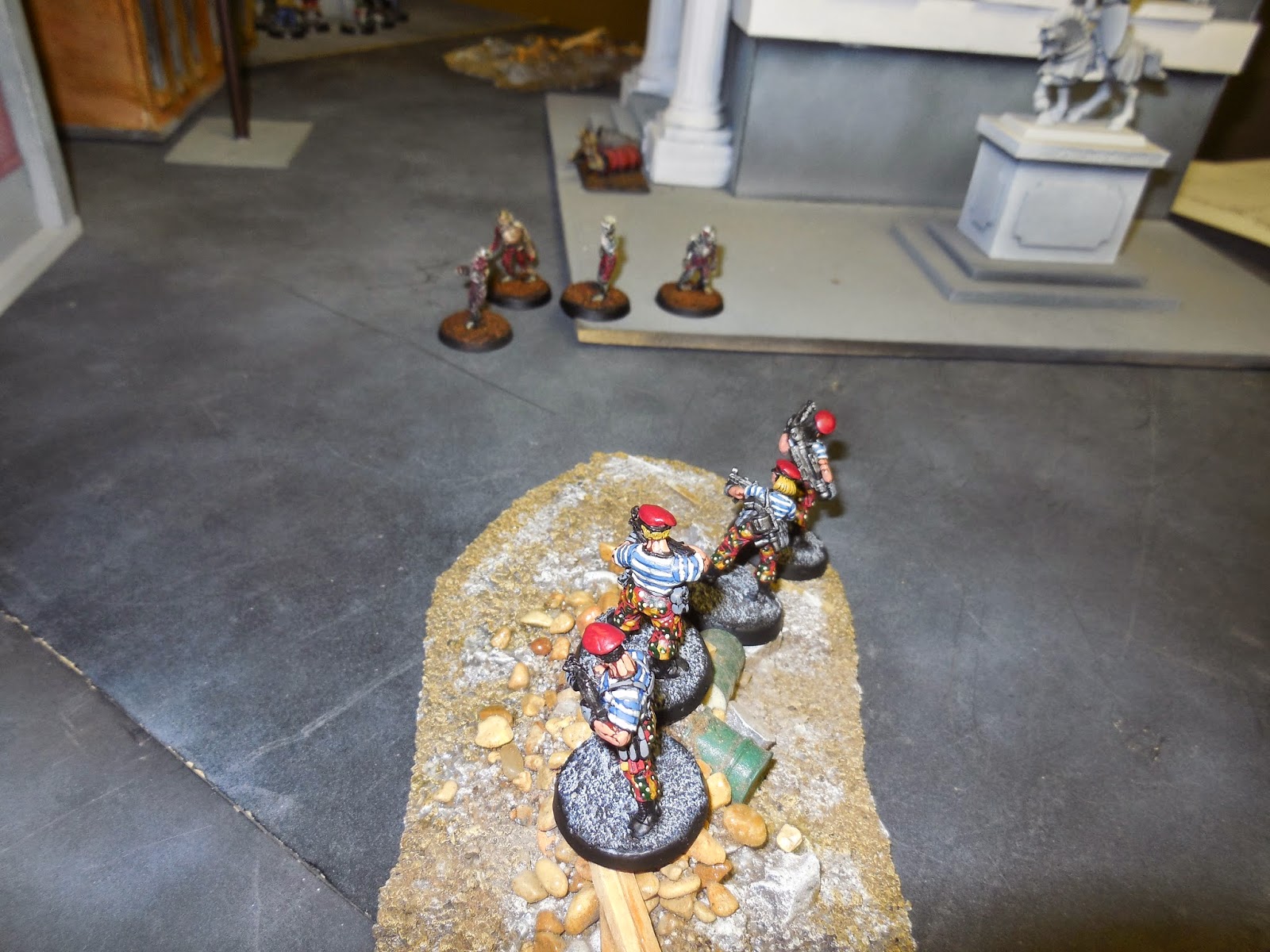 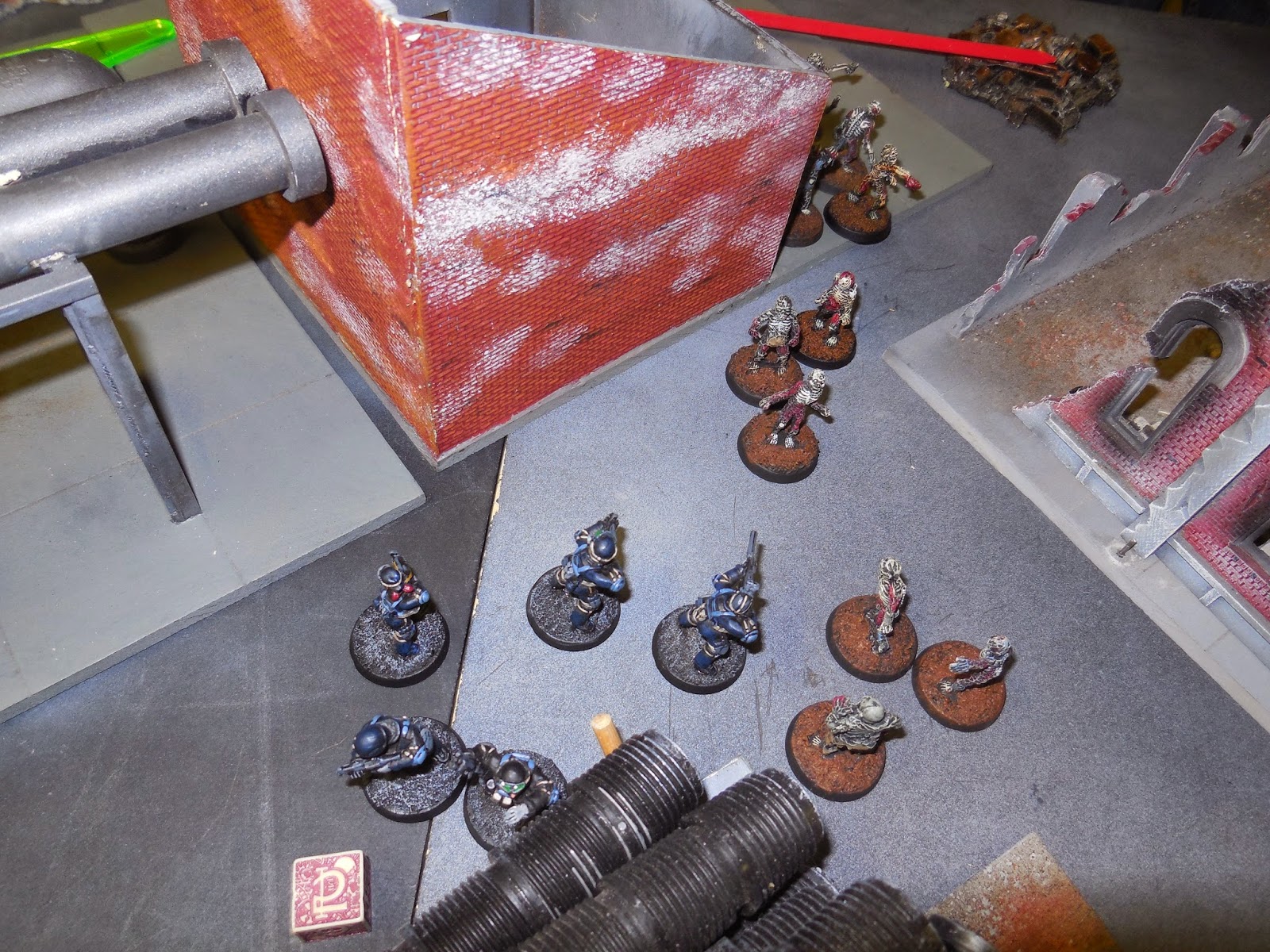 Here's the SWAT team getting up close and personal with a zombie horde. 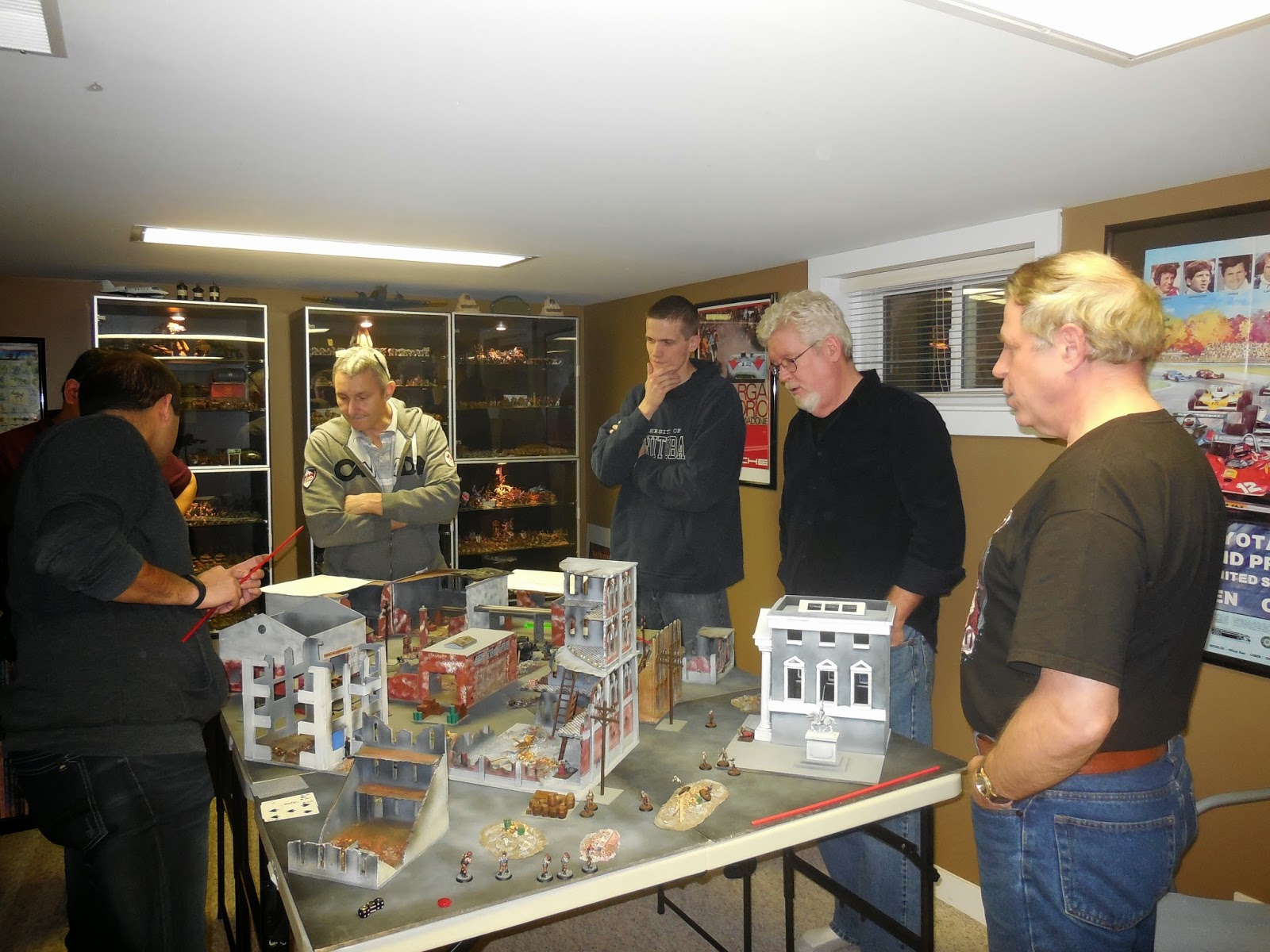 Conscripts busily plotting their next moves. We used a card activation system; each player was assigned a playing card put into a deck, and when his card was drawn he took his turn to move or shoot. 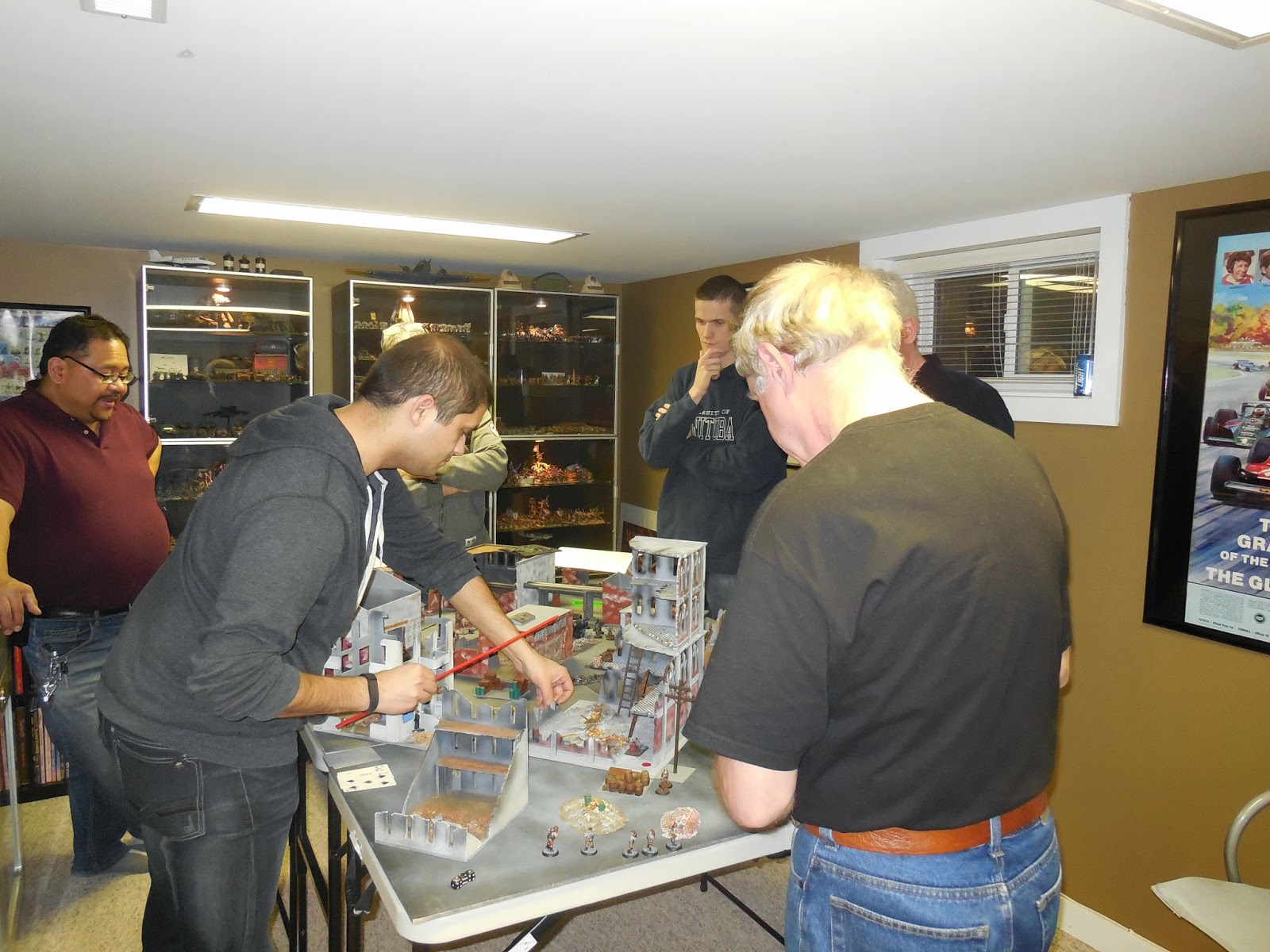 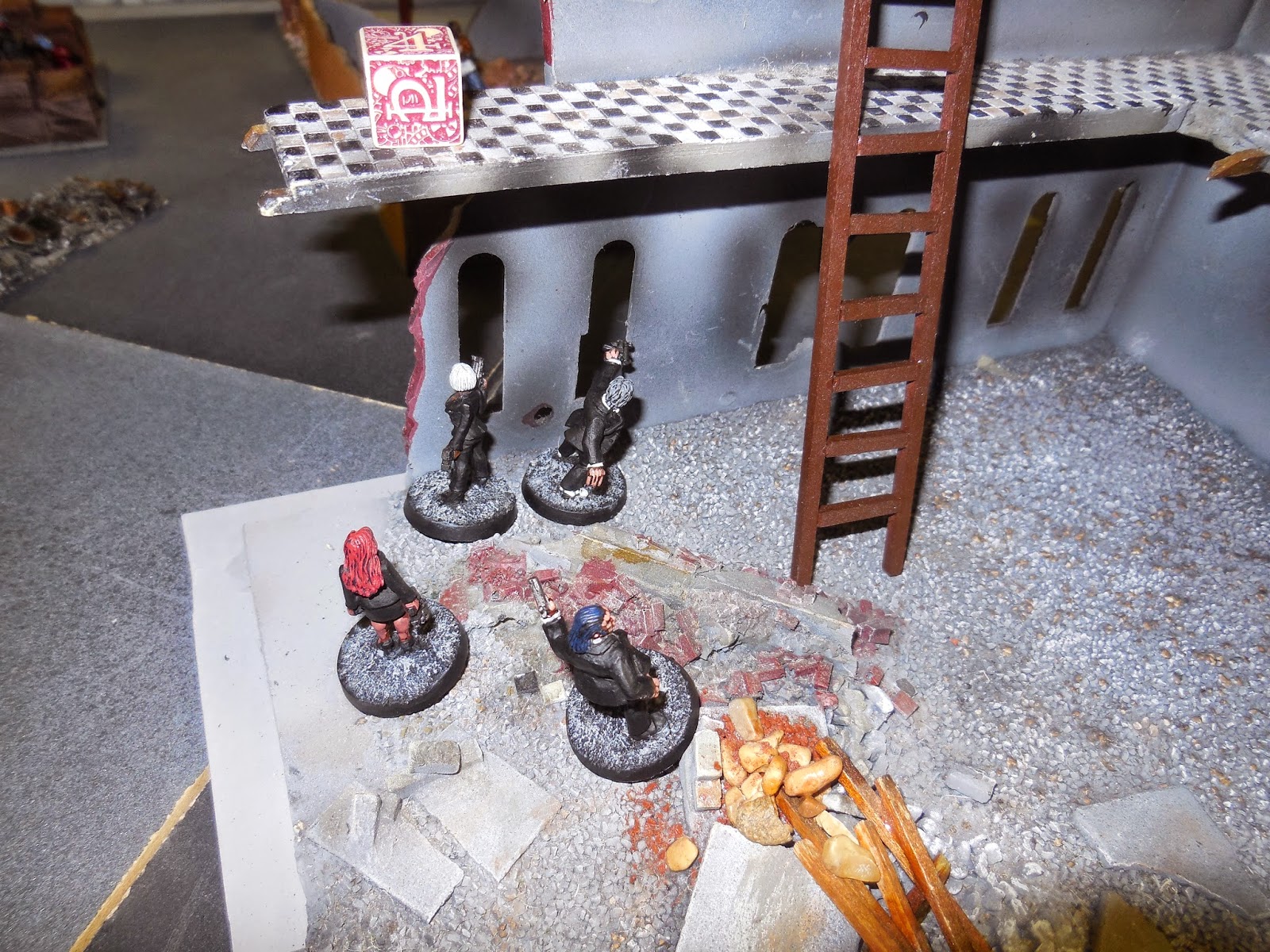 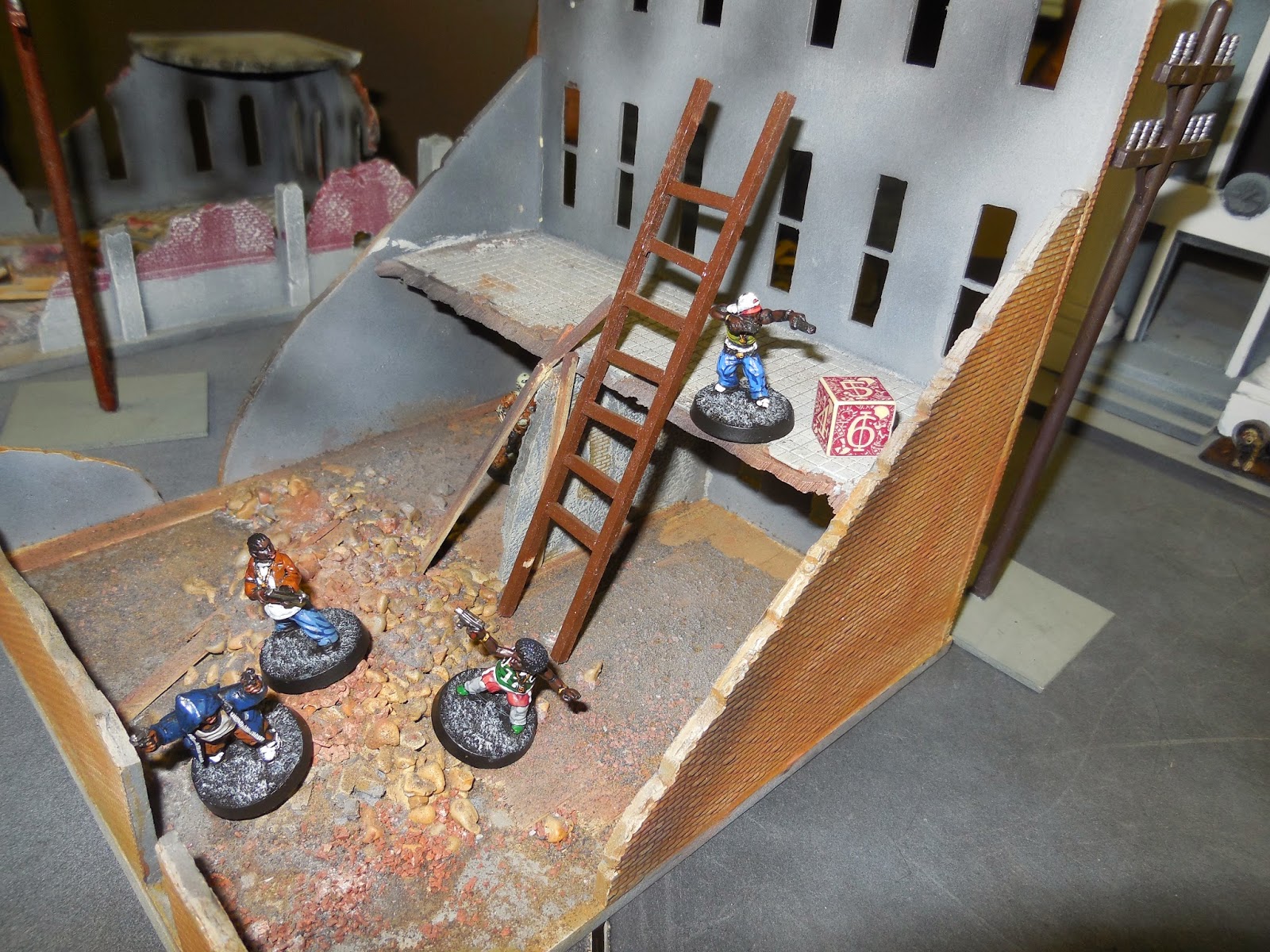 Conscript Jim ran the Urban Street Gang (Bobby Jackson's "Thugs" - awesome figures). He was pretty successful in picking up objective markers despite (or because of?) the short range of his gang's weapons. 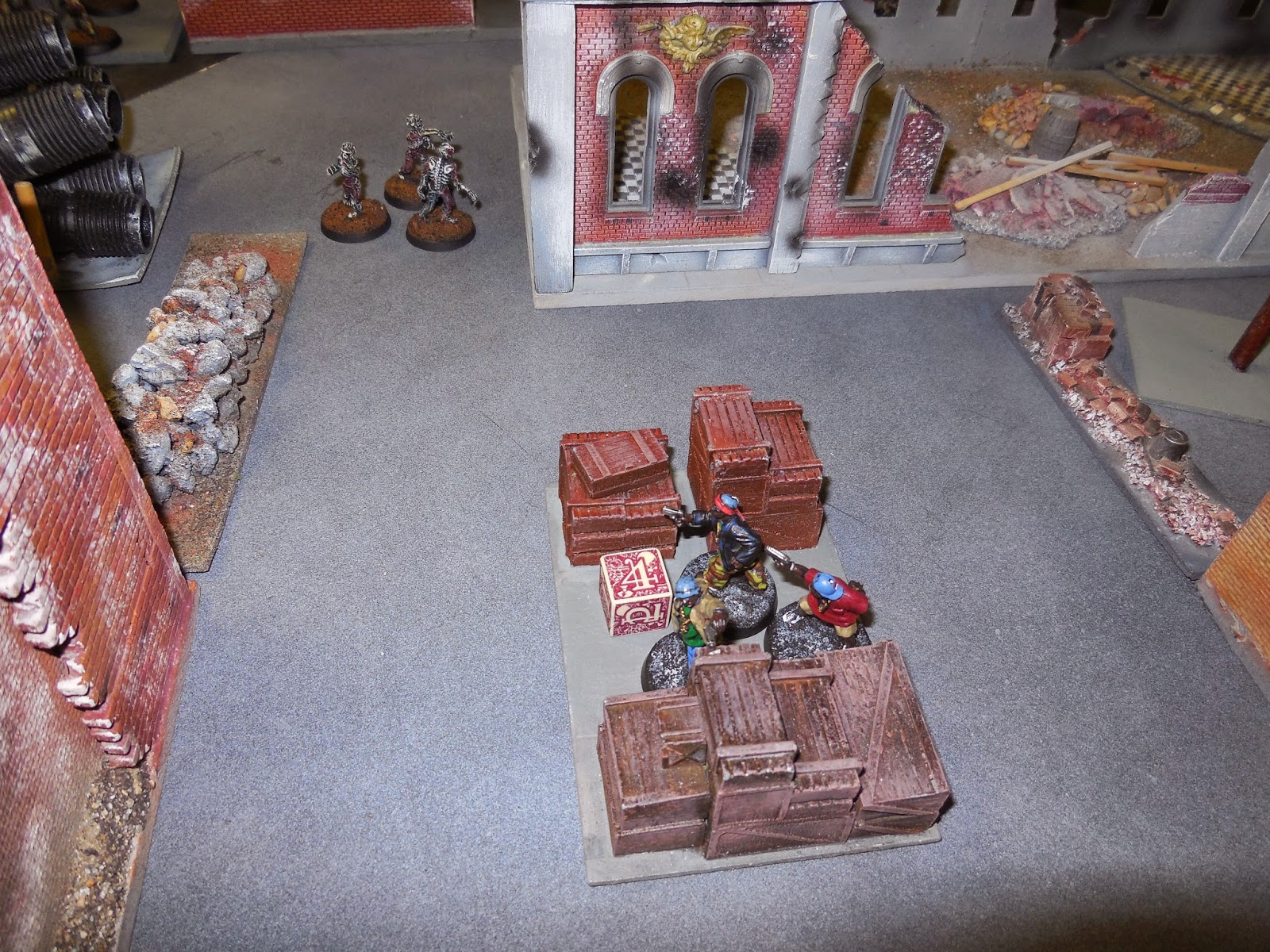 Here they are sitting on objective #4. 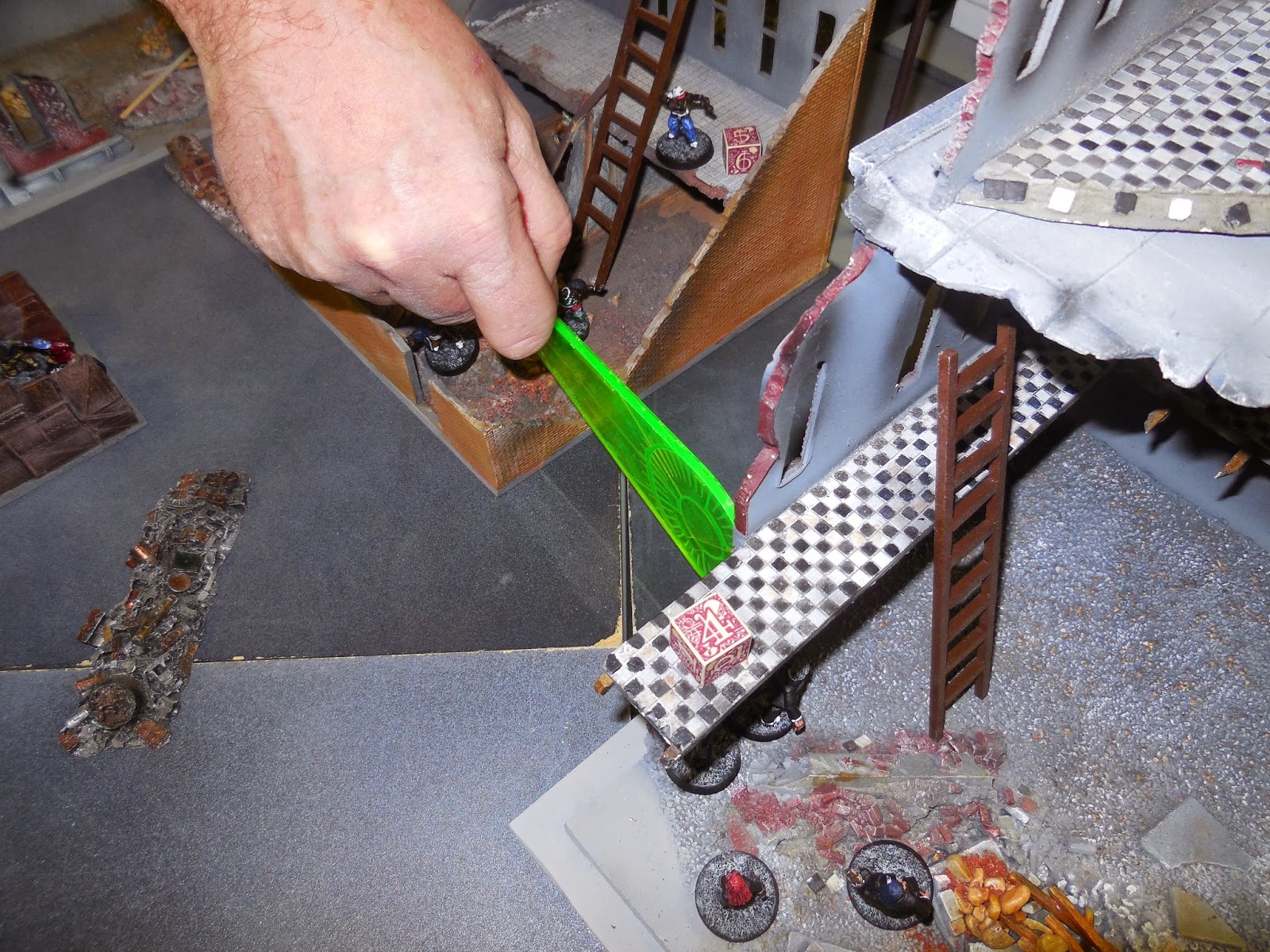 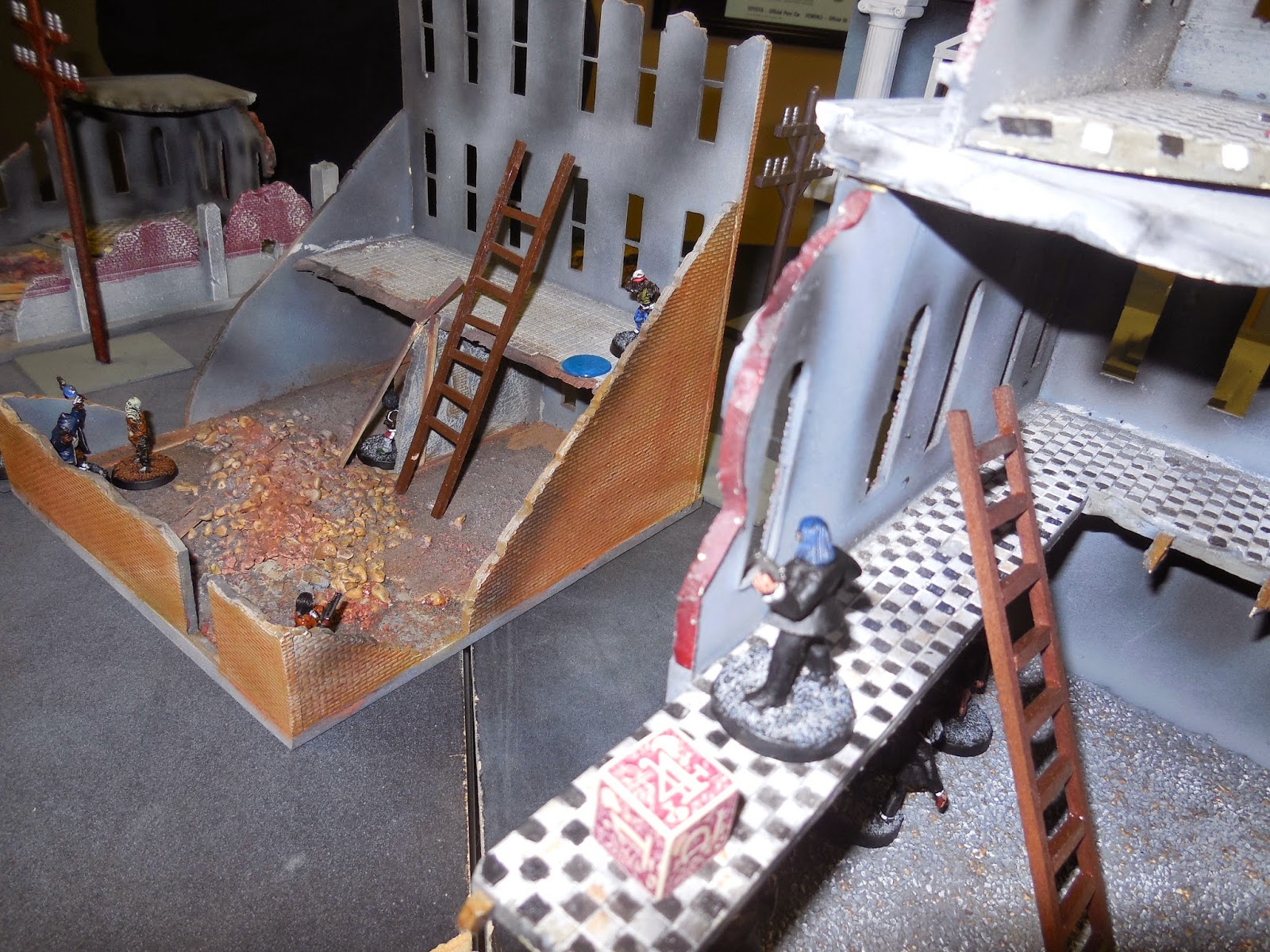 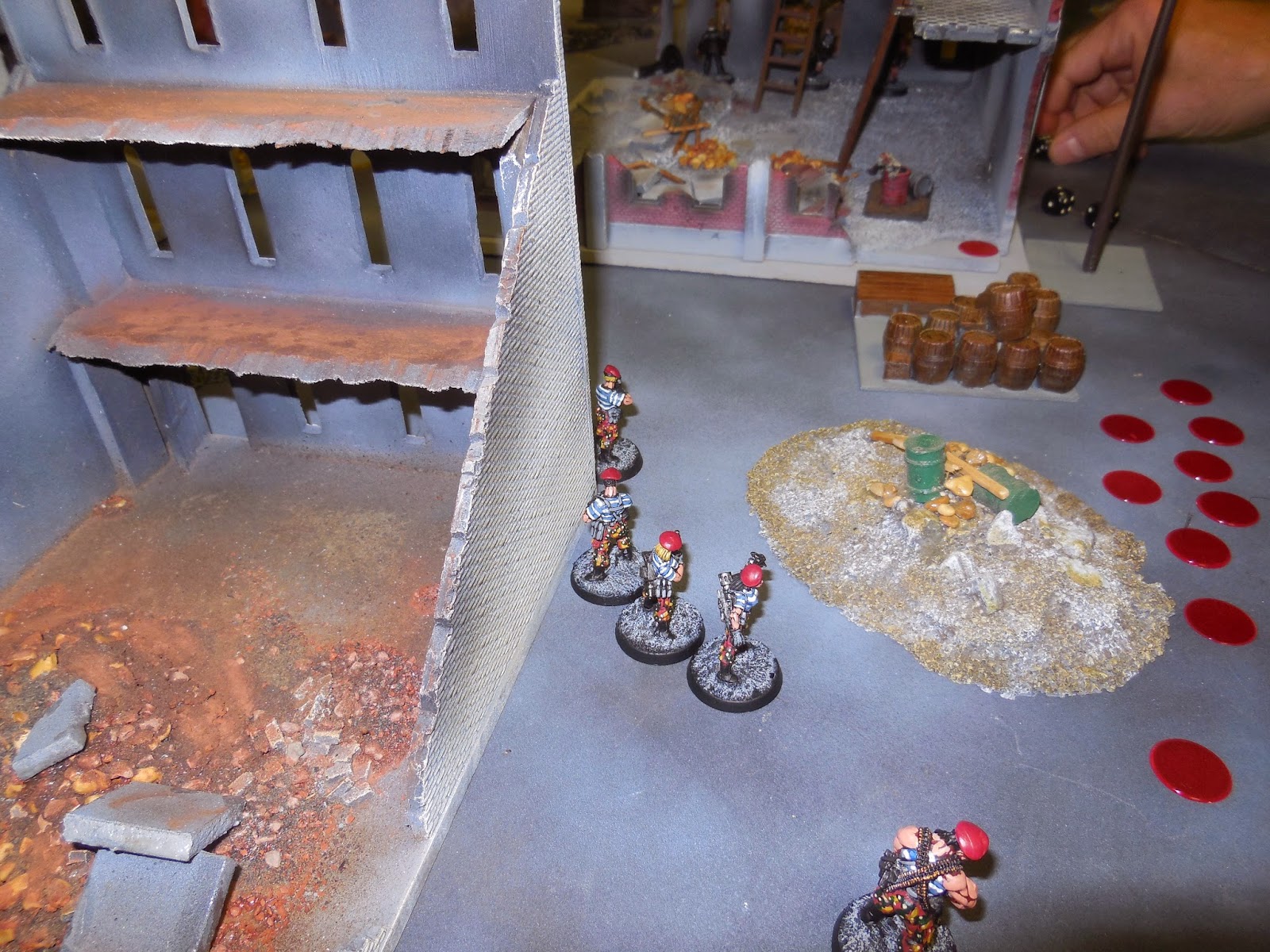 Conscript Frederick ran the Mercenaries and they racked up an impressive bodycount. 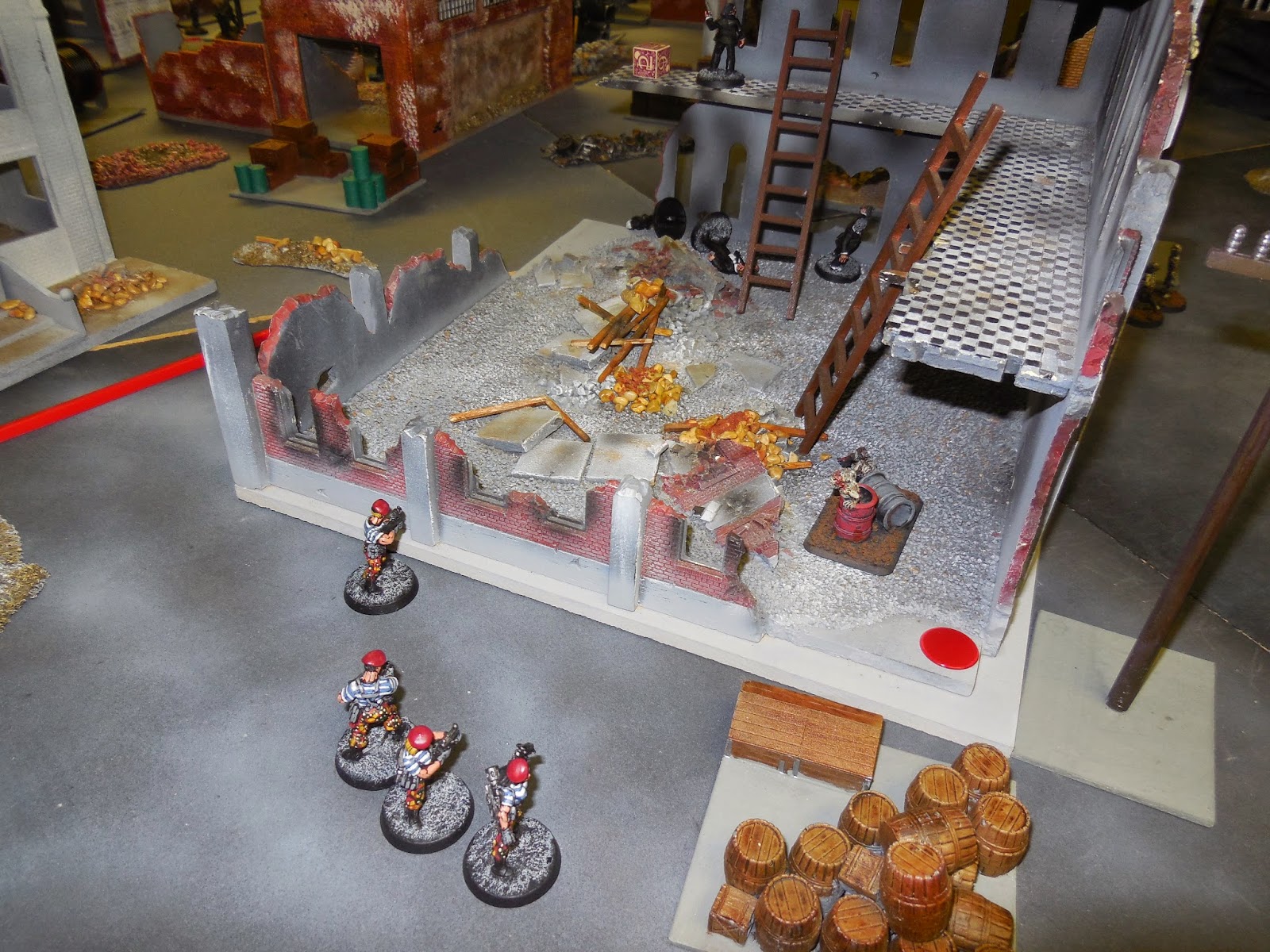 After eliminating a score of zeds they aimed at a bigger prize - the Corporate Suits. 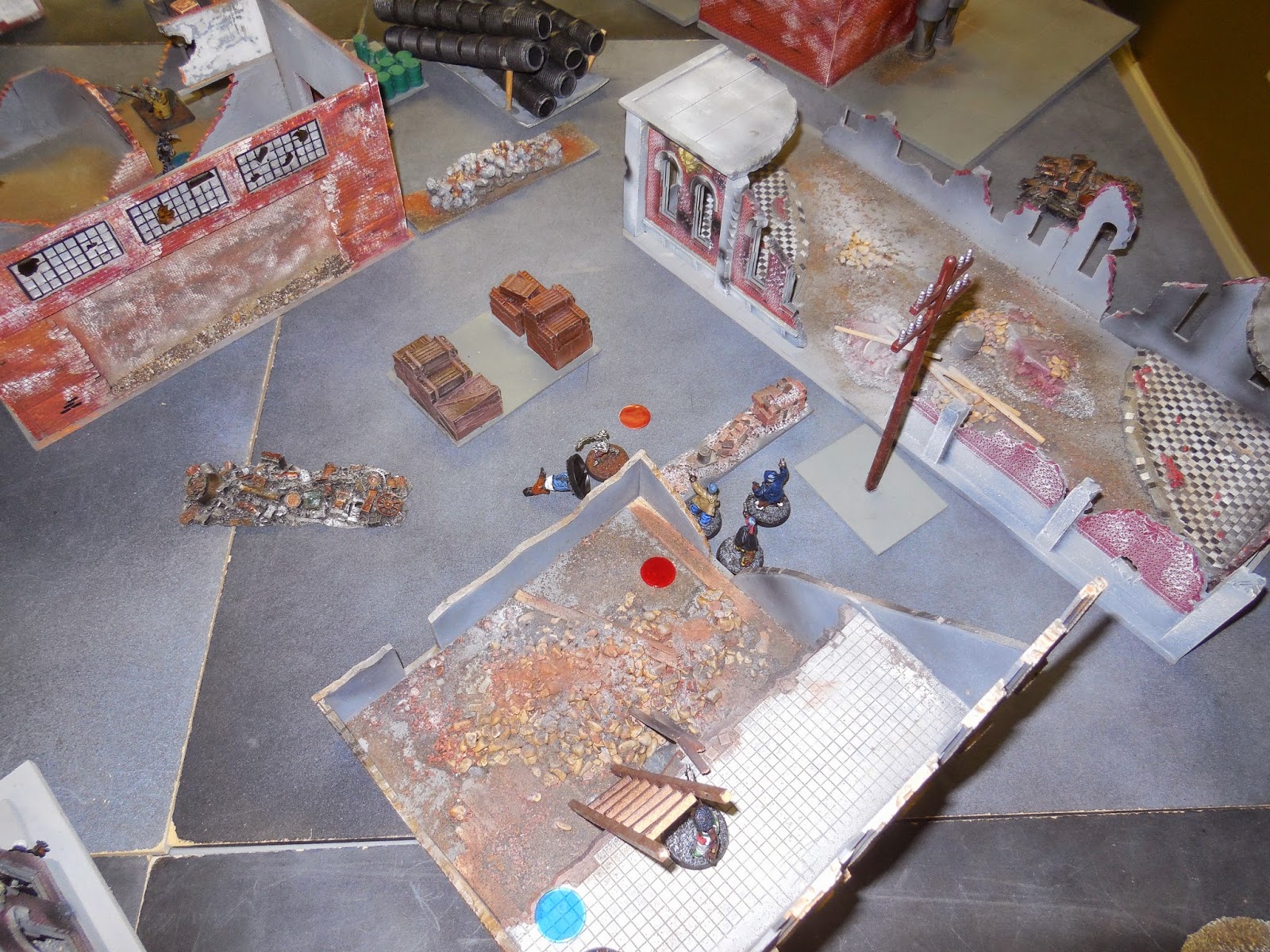 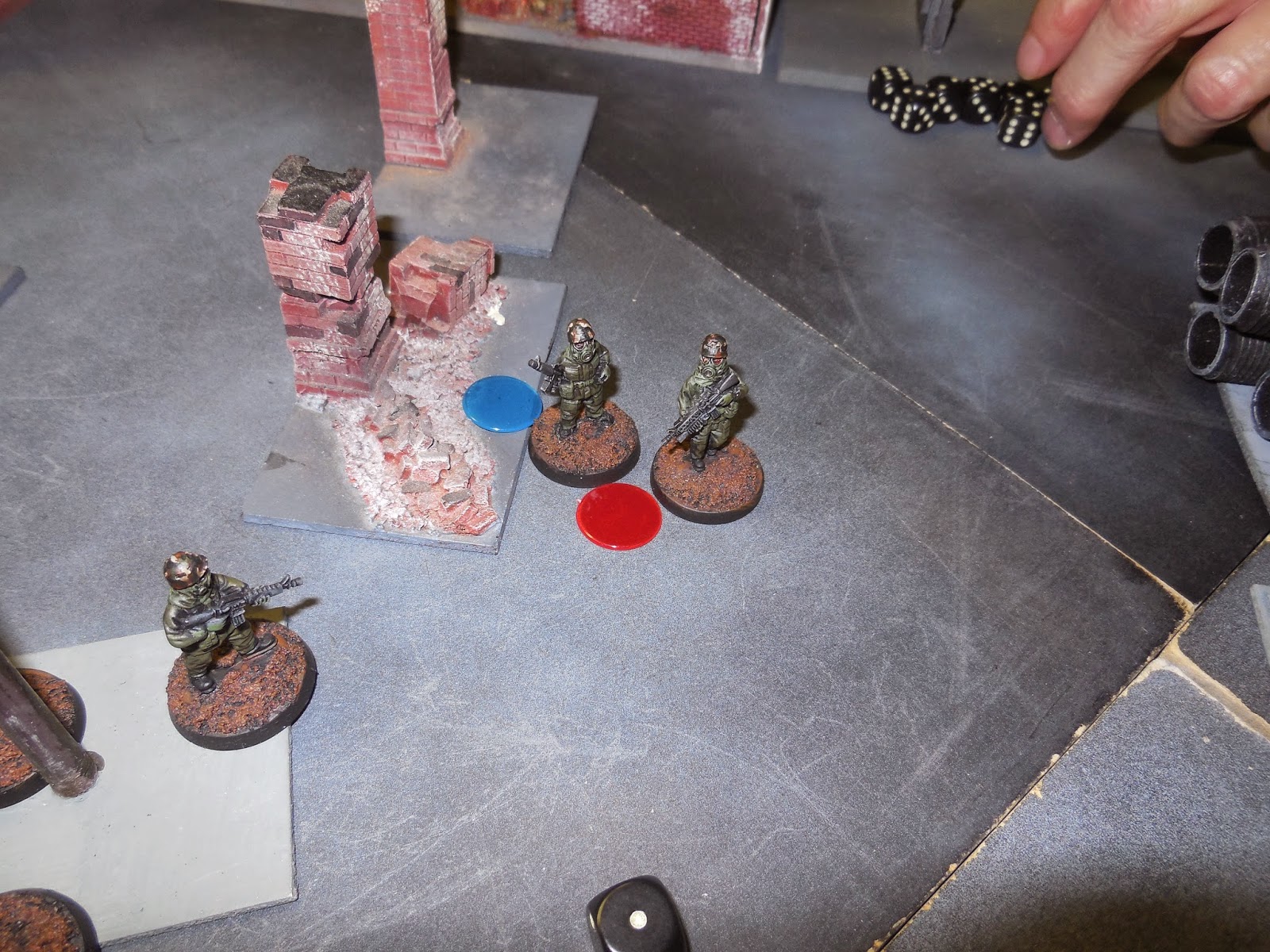 Conscript Dave had the US Army team that also stacked up zeds like cordwood. 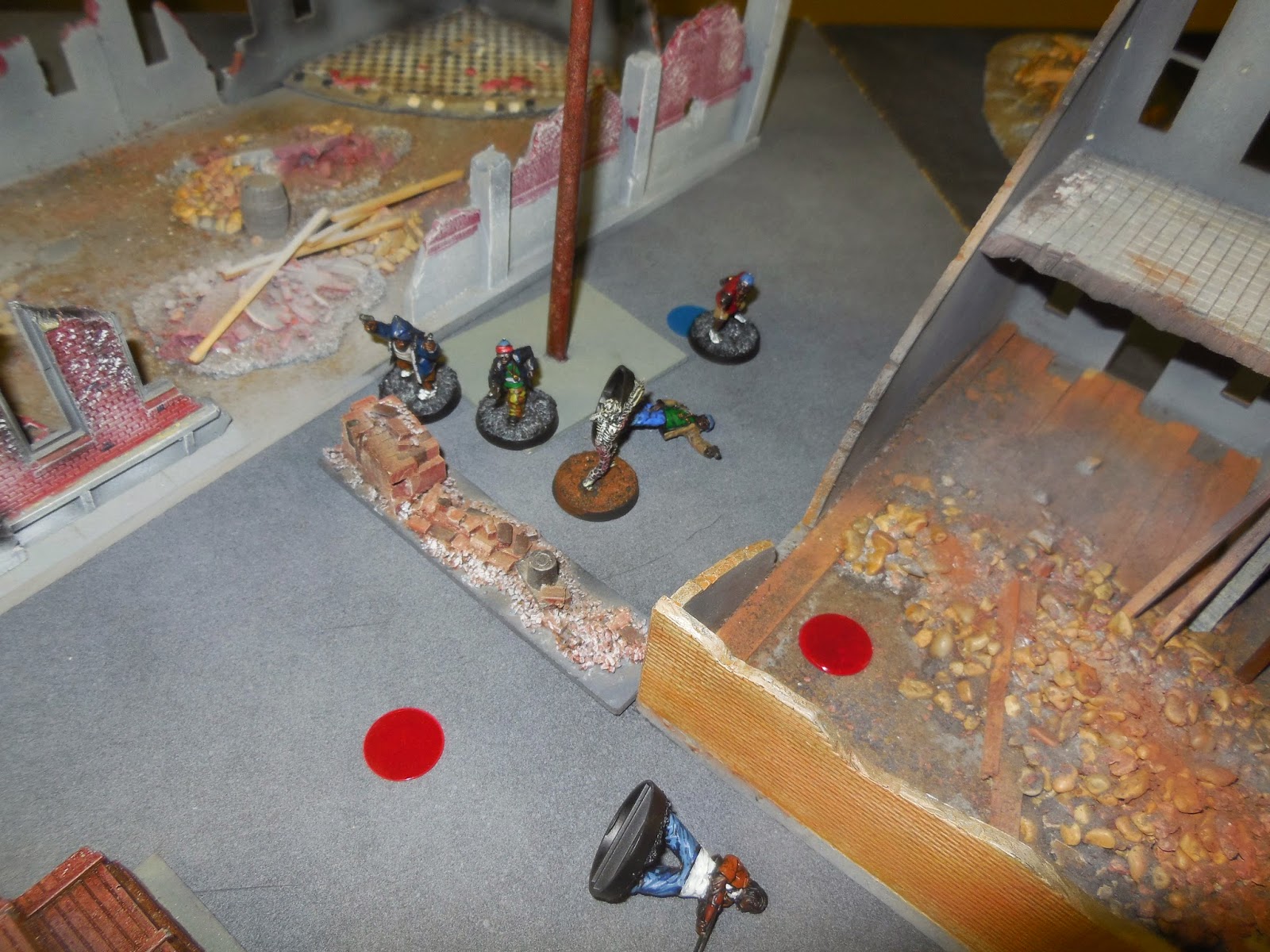 I think the best part of the game was the amount of friendly kills Jim racked up with his homies. They didn't scruple in the slightest at shooting into melees between zombies and their own comrades and invariably, the bullets hit their buddies.

The final standings were as follows:

CONGRATULATIONS DAVE V. ON THE WIN!!

We didn't have any prizes per se but the lads polished off the best part of a box of 50 mini chocolate bars :-)  Each time we play this game we've had a good time. The learnings from this session were that "hits" on zombies that don't kill should knock them back. Cinematic and good for gameplay too. We'll do that next time for sure!
Posted by Dallas at 6:20 PM

Looked very fun, I really like the Pharmie and zombie barrel models.