Continuing the theme of escalation in the 15mm Arab-Israeli Wars category here are a pair of ZSU-57-2 anti-aircraft artillery tanks. The models are from Battlefront's "Fate of A Nation" range.  They are very nice models and a breeze to paint.  The only challenge I had was to get the twin barrels to sit straight...I didn't quite meet it, but they don't look too cross-eyed :)

The Egyptians took the terrible lessons learned in 1967 to heart, and their Soviet patrons started equipping them with much more serious kit. By the time of the Yom Kippur War in 1973, Egypt's Operation Badr, the crossing of the Suez Canal, was covered by a lethal network of SAM missiles and ZSU-23-4 AAA tanks.  The Israeli Air Force paid a dear price against it. I think the ZSU-57-2 took a back seat to this newer kit in 1973, but they were still in the OOB somewhere... 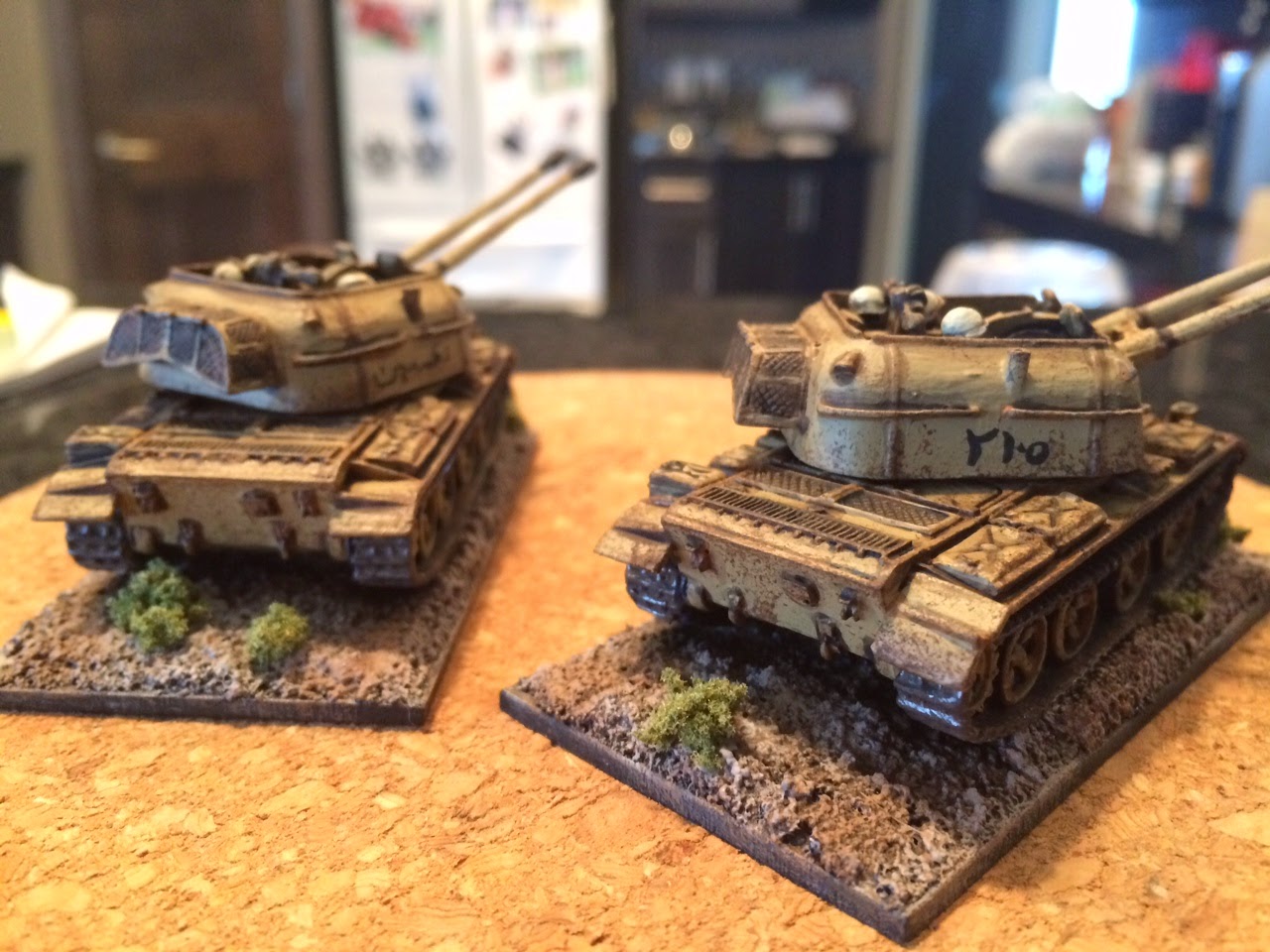 These will come in handy for Yom Kippur War games as Dallas continues to build on his excellent assortment of Egyptians.  Like any wargamer, the first time I see a AAA tank, I think of how mean it would be to use against infantry and light vehicles, as opposed to its actual stated purpose :)  Those IDF jeeps with recoilless rifles would not be too happy to see these things... 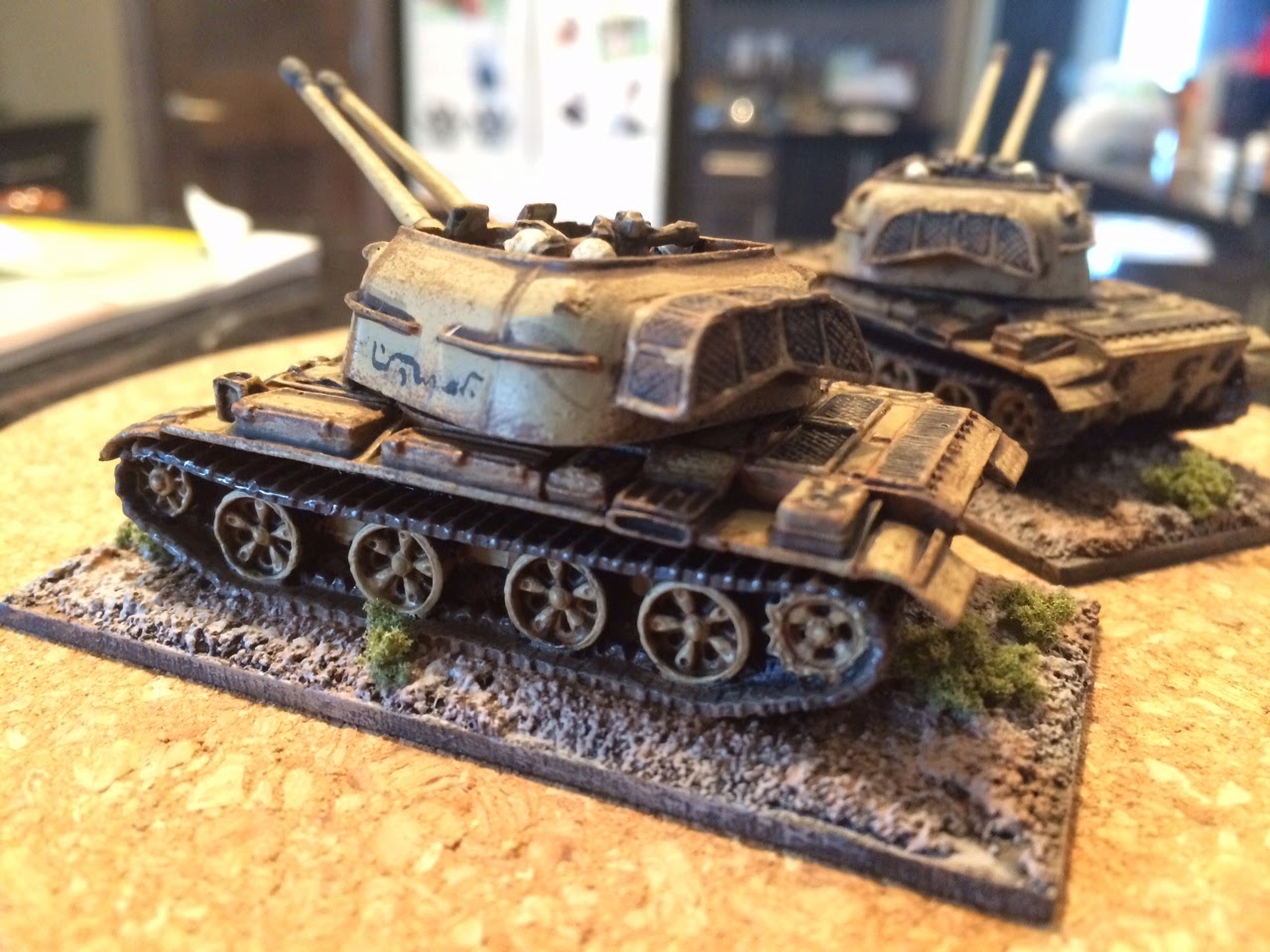 I do want to do some Flames of War games set in the Six-Day War too (once I get enough relevant models painted :)  I have a pile of T-55s, BTR-152s and other Egyptian goodies waiting around for time on the paint table to take on my pile of IDF Shermans. It won't be anytime soon, however, as I need to get back to my Legion Project! Volkite Calivers are waiting...
Posted by Greg B at 1:32 PM

Those look great, may I ask how you painted the skin tones? Mine came out rather dark.

Thanks guys. Stanley - the skin tone is a base Sienna colour (Americana craft paint) with GW rat skin flesh highlight followed by a wash of Agrax Earthshade.

Thanks for the reply. Take care.