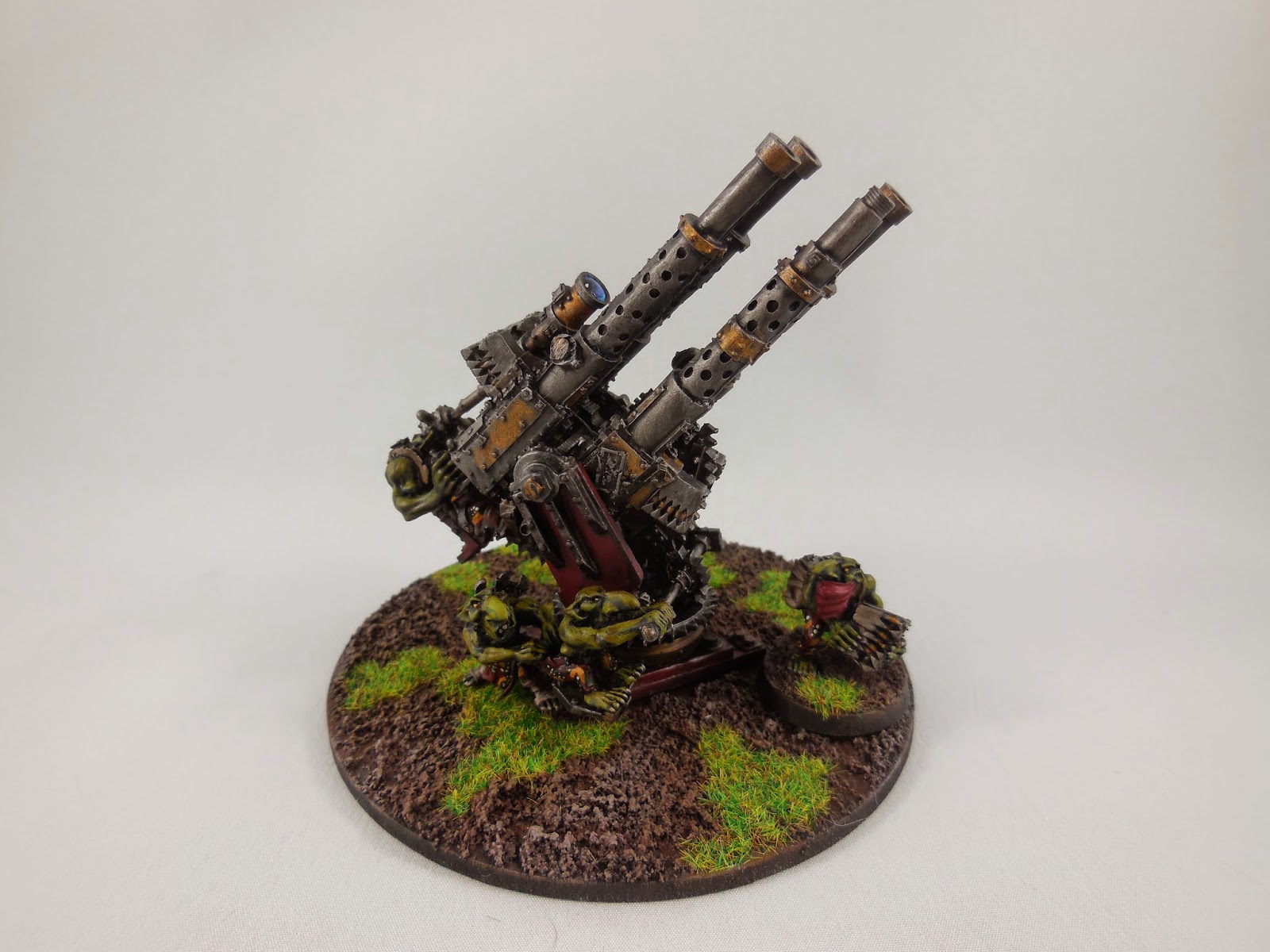 Sometimes I worry that the models I buy will just get put away forever and never painted. This feeling usually comes along when I'm contemplating a new purchase. Sometimes it passes and I pull the trigger on whatever shiny thing was in question; other times I sigh and put it back on the shelf (or more often these days, remove it from the electronic shopping cart).

So it happens that every so often I have to go into the large storage bins in the utility room and try to restore my faith in myself. This is one of those times... I bought this Ork Flakk Gun off the Forge World stand at Salute 2012 and decided to assemble and paint it for a summer Apocalypse game with the good old Red Star Orks. 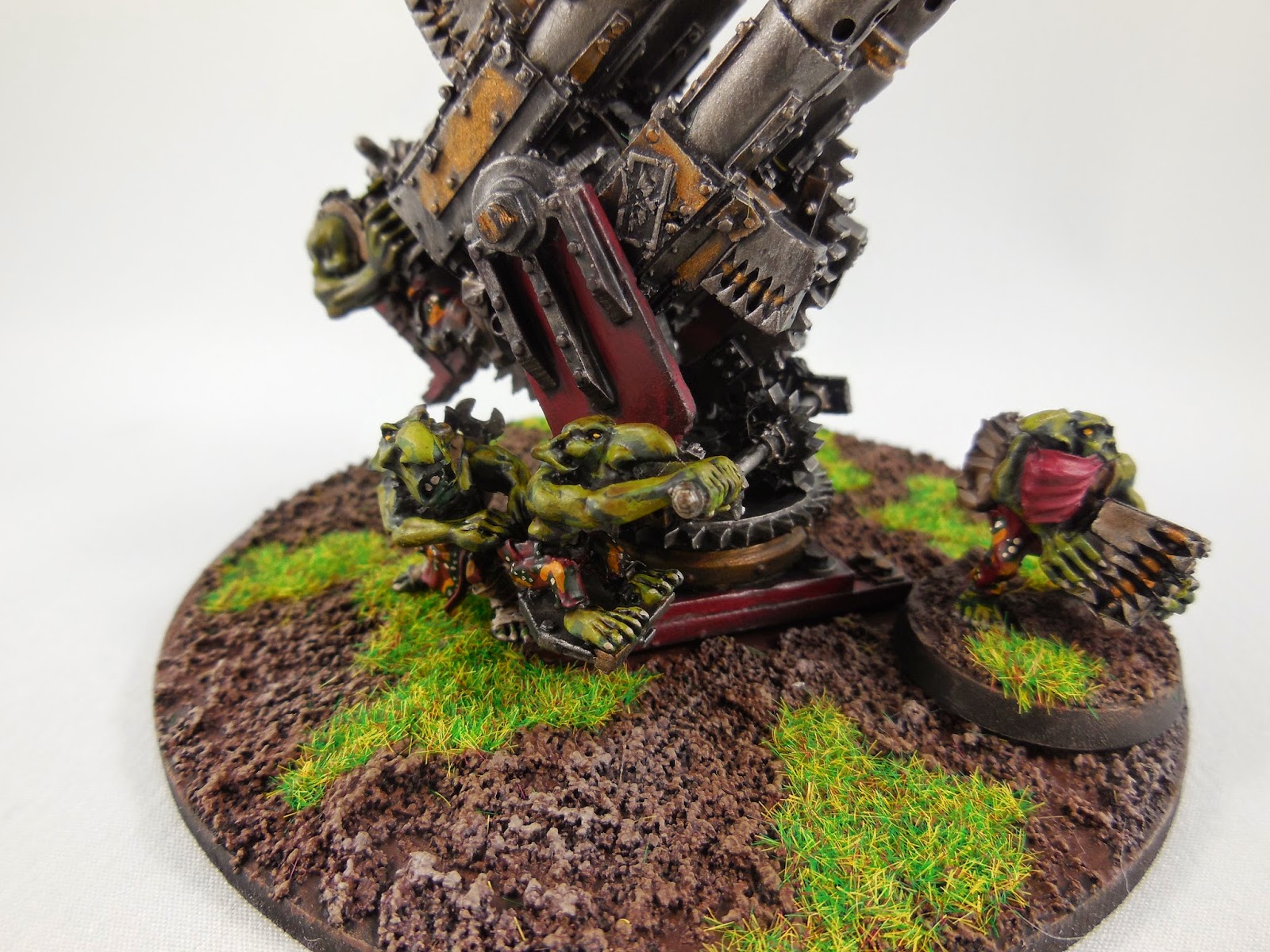 The model is typical Forge World resin circa 2012 - that is to say, crap. It's bendy, it's brittle, and thank God it's not like this anymore. The kit was a right bugger to assemble. Comes with some cool Grot crew though. I've superglued the two guys to the crank handle and everything else is fixed solid too - it's the only way I could get the barrels to sit anywhere near straight. 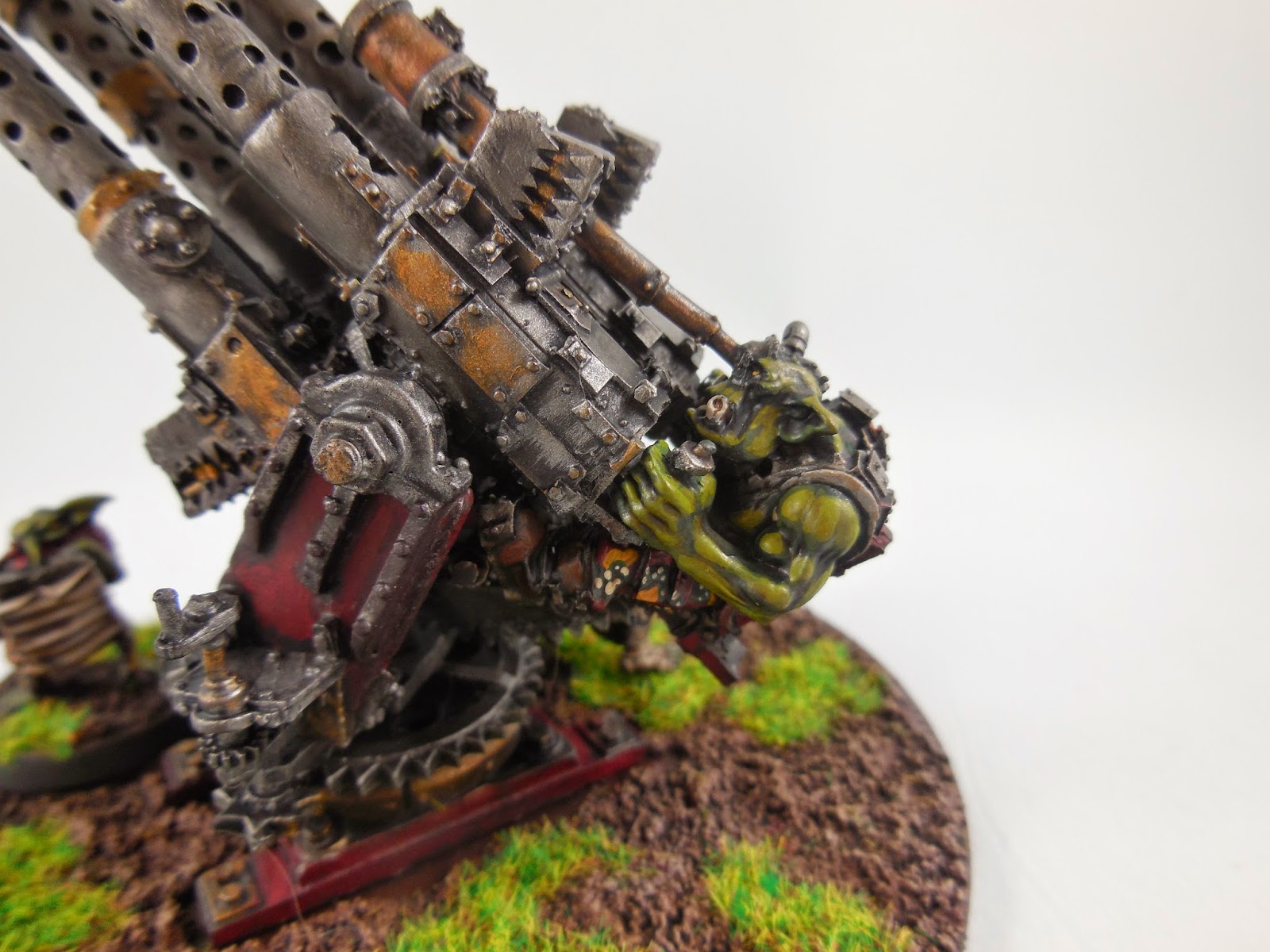 The Ork gunner peering through his telescope is a nice touch. 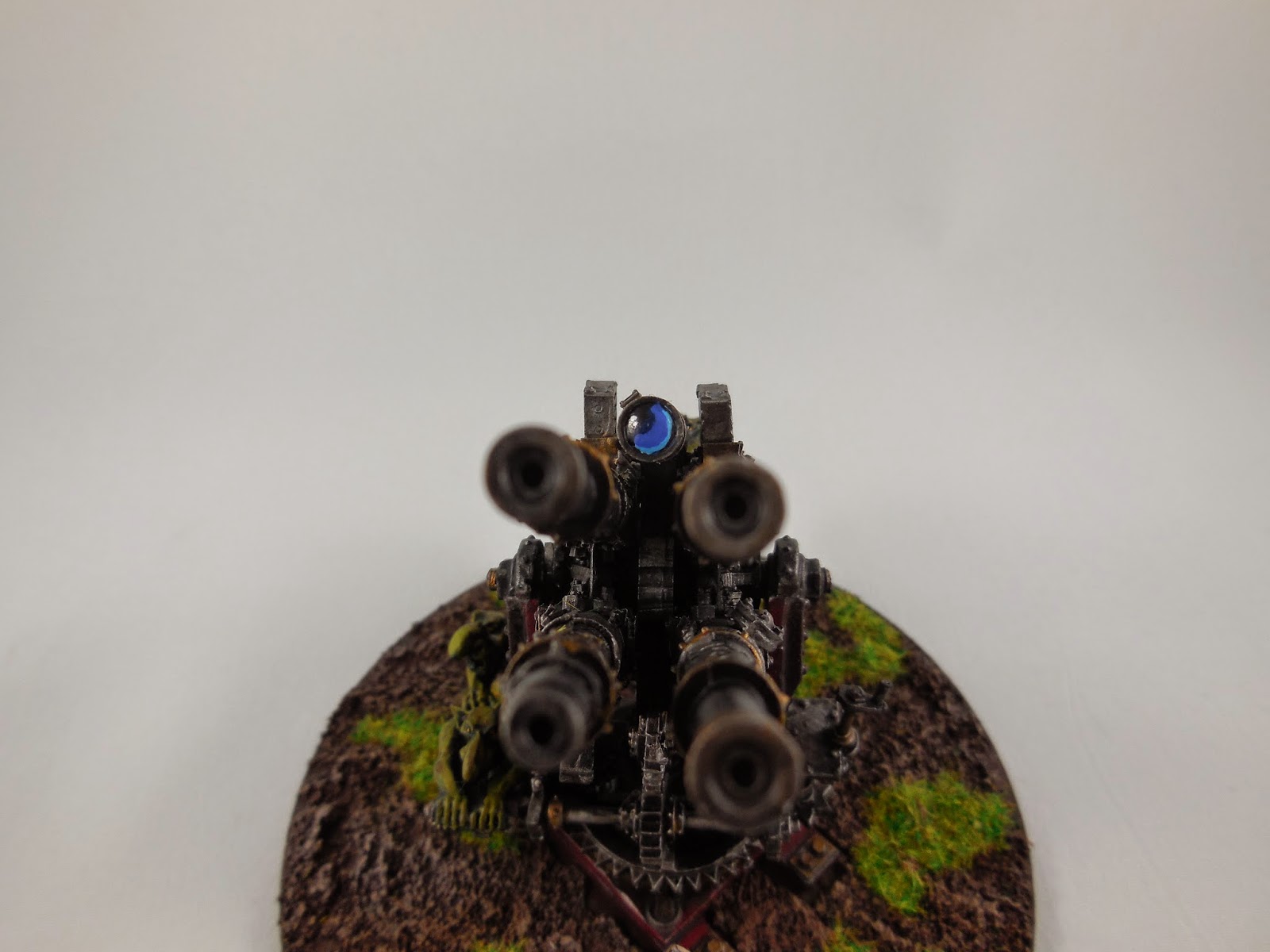 I painted the 'scope lens in my standard gem style, with gloss varnish for good measure. 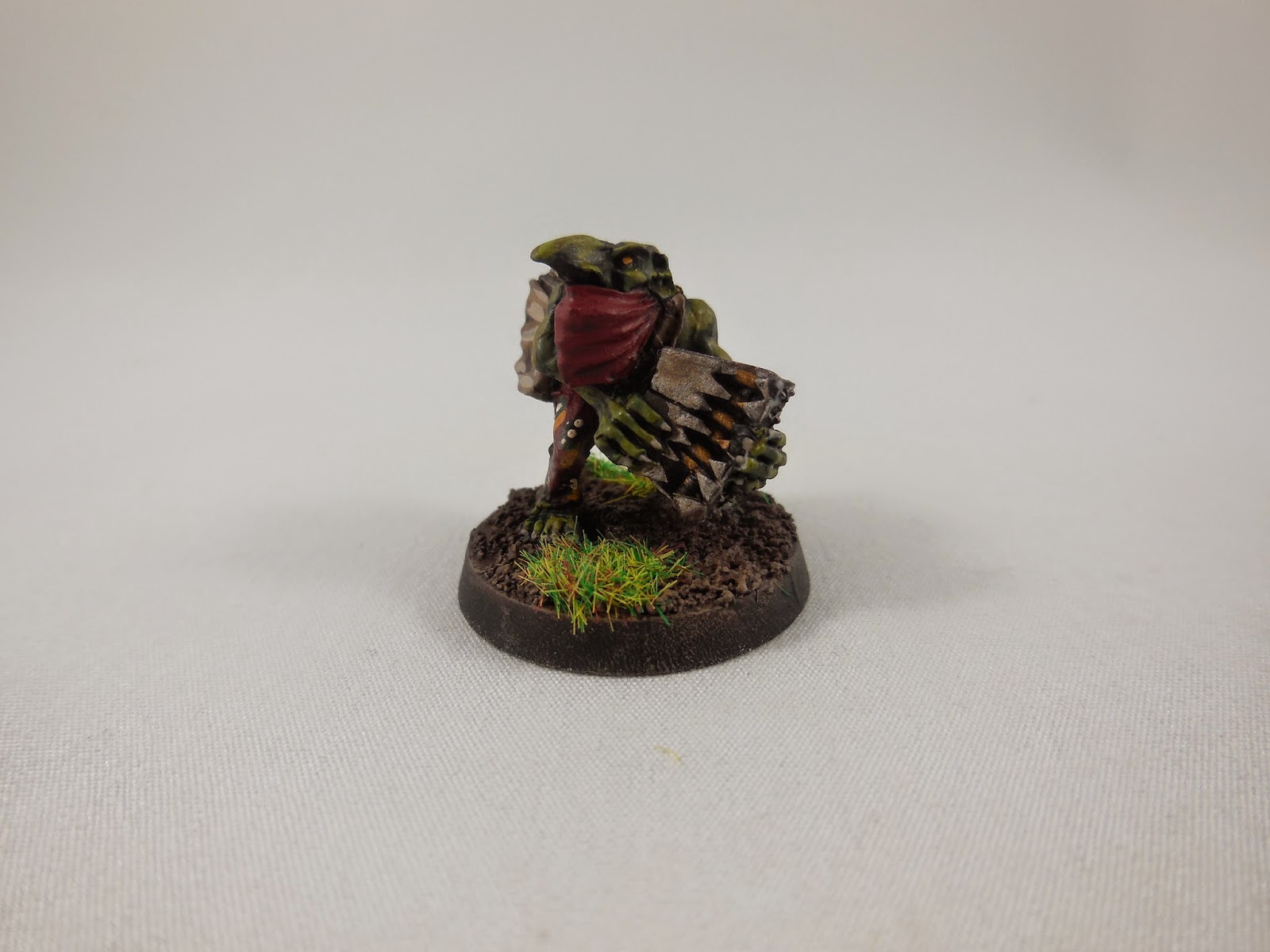 The little fellow carrying spare magazines has been based separately. 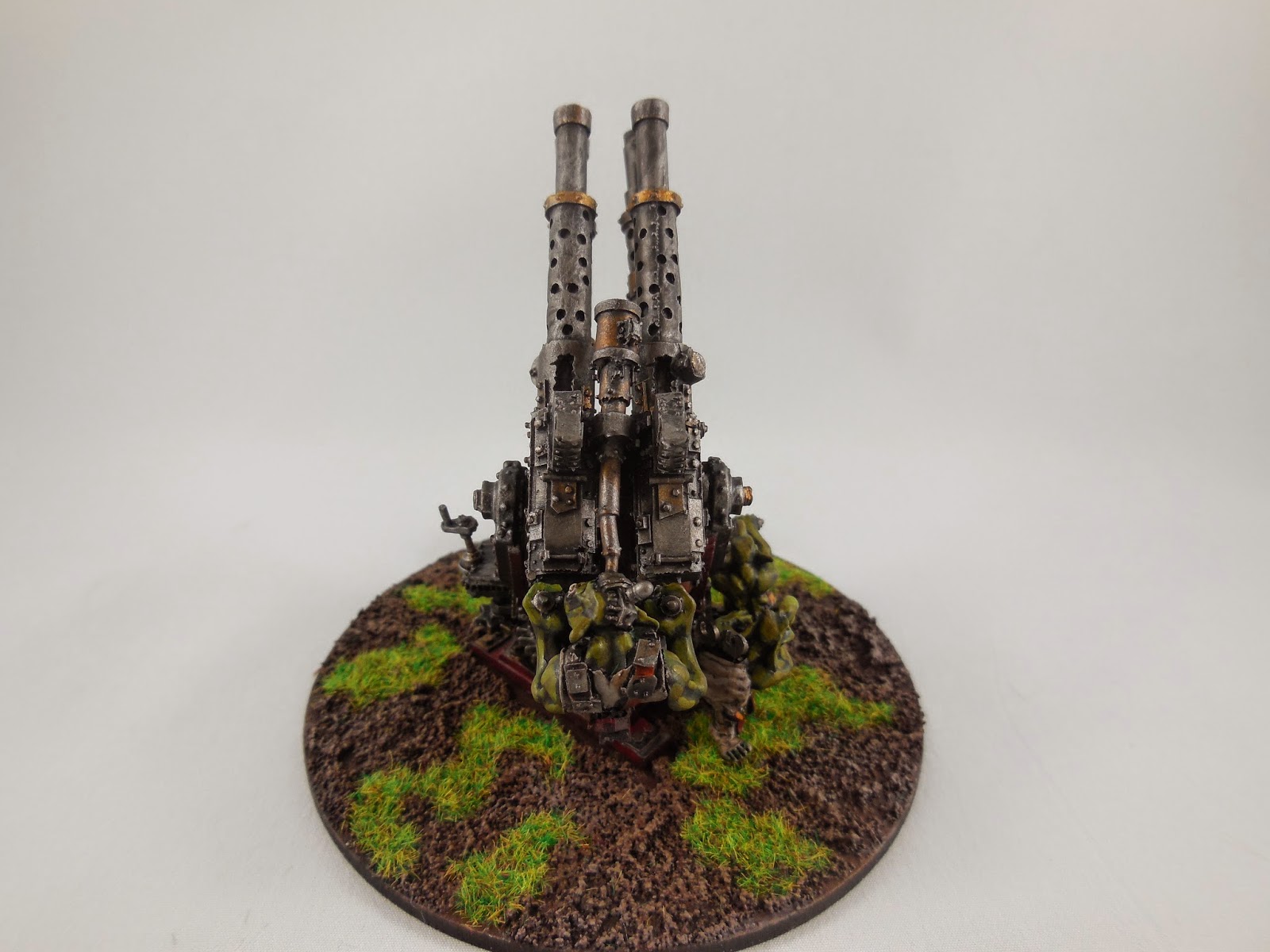 Barrels are a little wavy but dem's Orks, right?? Byron made me a nice wooden base with his magic laser machine. I've put a couple of pins in the base and drilled corresponding holes in the base of the model to mount it. The idea is that the gun can come off the base and do THIS... 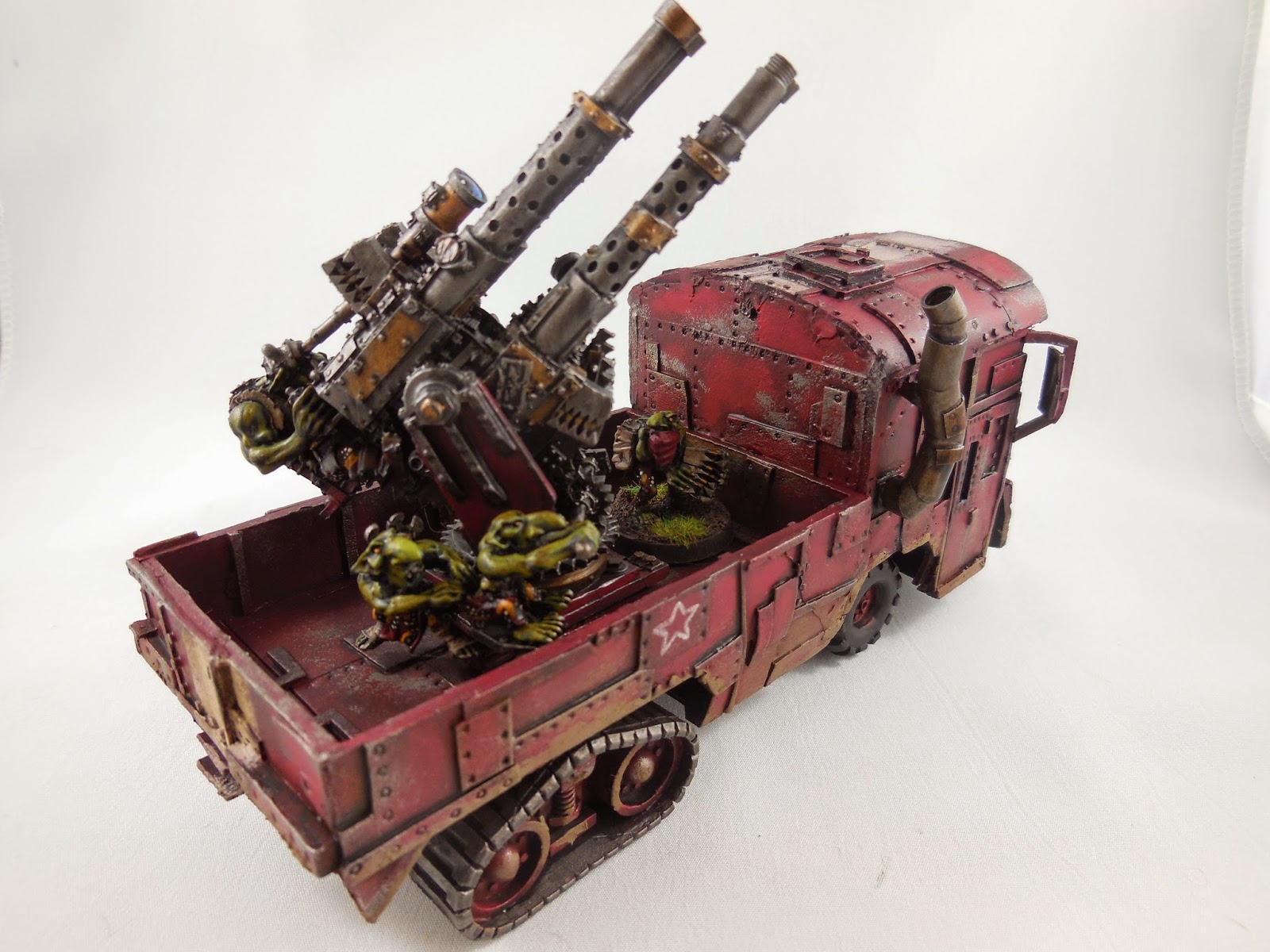 Quad flak on a heavy halftrack! How cool is that??? My next post will feature more of the vehicle (it's an Ork Warbus from Polish company Puppets War) and some other Ork stuff I've just finished. Stay tuned if you're into Orks! ;-)

Dallas - that looks really good. Can't wait to see that on the table!

I really like your ork skins. They look great. If that forgeworld resin is anything like the resin for the mega dread, I feel your pain!