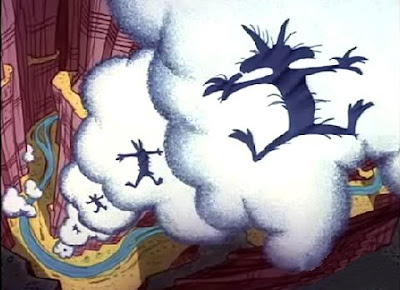 Well - so much for the "let's get the Eldar" plan. The Deathwing rolled in boldly against Dave V's Eldar Swordwind force (apologies for lack of pictures) and looked great, but that's about it. The TSN turning point came on turn two, when one of my sentry batteries obliterated a Wave Serpent (that ALWAYS feels good) and exploded, giving me the chance to wipe out a whole squad of Fire Dragons and Howling Banshees - talk about a bank shot! Sadly, 90% made their saving throws. A Deathwing BBQ ensued, which I helped along by flubbing reserve rolls so my terminators would arrive in dribs and drabs, allowing Dave to adjust his alignment and wipe them out as they showed up.

Well, this is what I get for all that smack talk after knocking out Typhus so easily in the game against Dallas' Plague Marines...

Meanwhile, the Dark Angels have appointed a Royal Commission To Avoid Completely Sh!tting The Bed Again Because There Are Only So Many Terminators Around. The comprehesinve review is under way.

PS - the Farseer we hoped to "get"? He didn't even need to arrive...spent most of the game in reserve, and rolled in to mop up in the last turn!

>my terminators would arrive in dribs and drabs