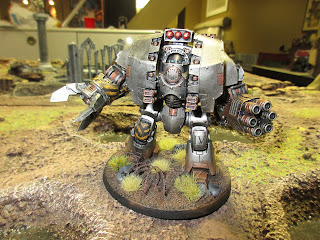 So, as prep for the New Year's game, some desperate last-minute escalation occurred on the Iron warriors front, in the form of a Leviathan Siege Dreadnought, two squads of Iron Havocs, and a mighty Typhon Siege Tank! 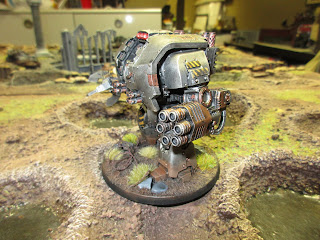 The best thing about the Iron Warriors, though, is how quickly the models paint up. Even assembling the Leviathan went quickly. I used magnets to attach the arm weapons for quick swaps, so the model can be equipped with any two of the Siege Claw, Cyclonic Melta-Lance (!), or Grav-Flux Bombard (!!)

As a side note, it was pointed out at the game how comical the naming conventions are for the Heresy-era Forge World weapons. It's like the designers take one adjective from column A, one from column B, and stick a noun in from column C, and there's your weapon name: 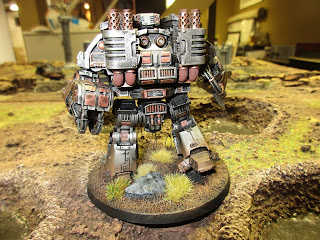 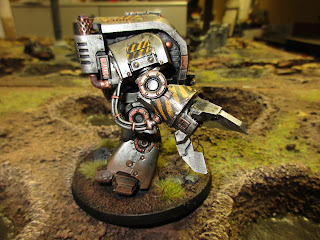 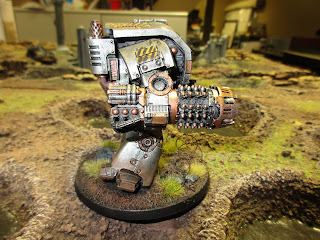 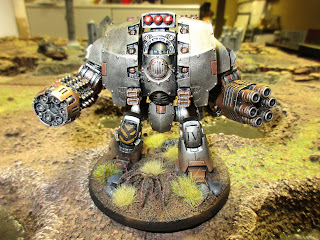 Magnets are fun... and the economy that results from easy swaps is undeniable. 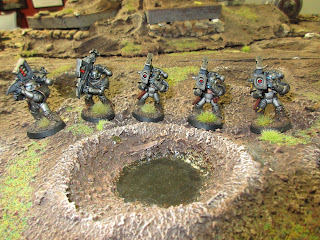 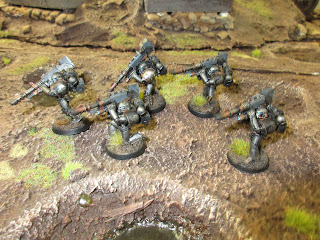 ...while a lascannon squad adds some vehicle-killing capacity. 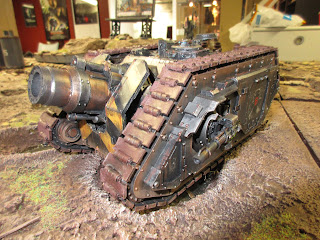 The Typhon Siege Tank is another key addition to the Iron Warriors contingent. 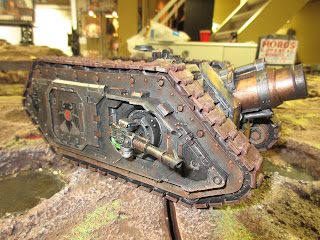 Assembly was mostly straightforward. The sponson lascannons were a bit tricky but still went together OK. 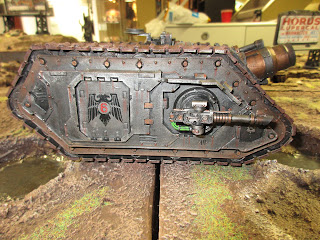 Decal is from the Iron Warriors transfer set with an added numeral. 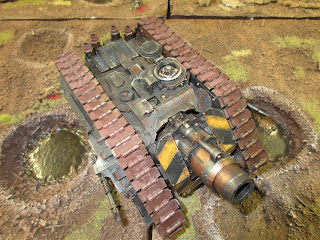 The Typhon is a mighty chunk of resin for sure! The main gun itself is ridiculous, but cool-ridiculous, if you know what I mean. 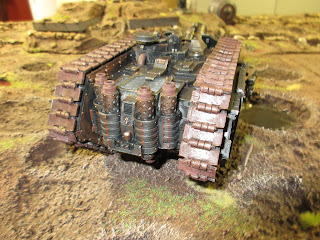 Tracks are ready to roll over the enemies of the Emperor Warmaster!

Of course, all new models acquitted themselves admirably as detailed in the battle report!
Posted by Dallas at 2:22 PM

Iron Without, Iron Within!

Great work on these Dallas, just awesome.
Will be time soon for another 30k "skirmish" on the gaming tables...

Really nice stuff, 30k does have a way of escalating alarmingly quickly I find!