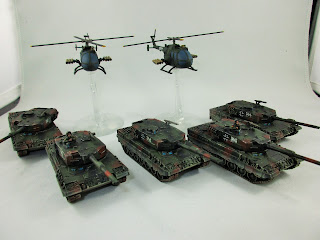 Well, it's fair to say that here at Conscript HQ we've gone in for Team Yankee in a big way. Although we've already posted a few battle reports and lots of pretty show-off piccies, I wanted to get into the act myself with some posts on my West Germans. First up is the basic Bundeswehr box set - Kampfgruppe Mueller - five Leopard 2 tanks and two PAH helicopters. 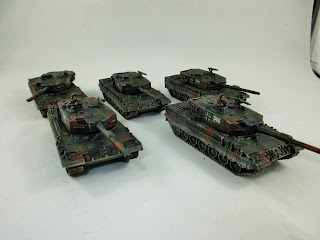 The big cats are gorgeous models. Easy to assemble with several crew options, these models make it easy to build your West German battlegroup. Decals are included too! 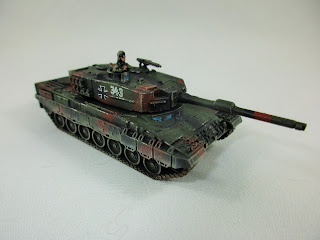 I painted these tanks using the techniques from Battlefront's Leopard "codex", basically undercoating with green (in this case GW Catachan Green) and painting in the camo with my own interpretation of "teerschwarz" (tar black - Abaddon Black with a bit of Mechanicus Standard Grey mixed in) and rot-braun (red-brown - GW Doombull Brown). It's important to note that unlike the WW2 Panzer forces, the Bundeswehr camo is applied in a particular prescribed pattern. Battlefront has a page that demonstrates the patterns quite clearly. 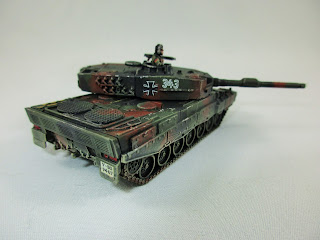 After applying the camo pattern, the whole vehicle is washed with GW Agrax Earthshade to tie it together a bit. The green is then highlighted with Catachan Green again. Decals are applied, then the vehicle is lightly drybrushed with GW Ushabti Bone. 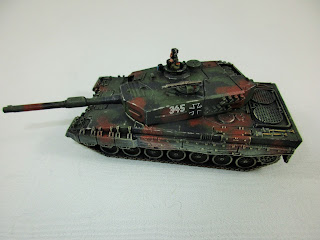 Some "spot weathering" is applied in the form of metallic chipping and brown-black sponging. 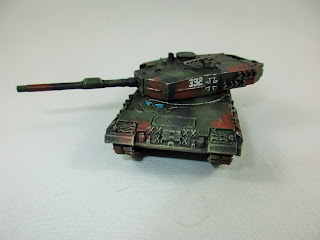 Lastly, some general road dust is applied with a drybrush of Ushabti Bone along the lower parts of the vehicle. 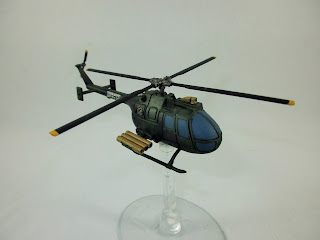 The PAH helicopters were pretty easy to paint in their two-colour camo scheme of teerschwarz and green. I used the same colours as for the Leopards. 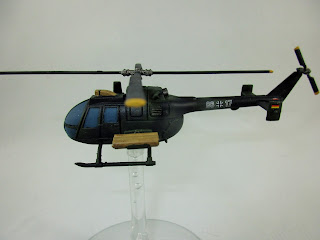 So there you have it - the basis for a Team Yankee West German battlegroup. I really enjoyed working on these vehicles, there's something about the three-tone NATO camo that just appeals to me. The Leopards are beautiful tanks and even the PAH helos are starting to grow on me with their whole "TC" vibe.

Anyway, stay tuned for the rest of the battlegroup, there's much more to come!
Posted by Dallas at 12:32 PM

Wow, those look fabulous Dallas! I've always liked the look of the Leopard more than the Abrams - they've carried forward the slab-sided look of their 'previous designs' which always looks so imposing.

Having seen these in real life, the pictures don't do the justice. Great work Dallas!

Great work on these Dallas - not so crazy about them when they are blowing away entire Soviet companies in one turn, but man, they look beautiful...