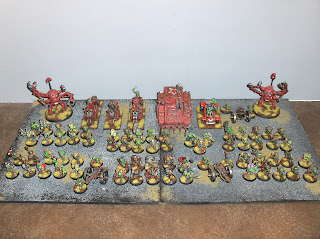 I was thinking it would be fun to have the Conscripts show off some of what we've been working on over the winter, and this dovetails nicely with Games Workshop's current promotion for its upcoming Games Day - "Armies on Parade".  So I am hoping that some of the crew will wheel out their toys for an old-school photo shoot to get the rest of us inspired. 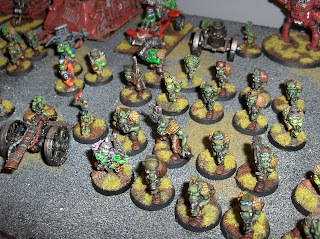 So I'm starting with my Rogue Trader-era Space Ork army.  This started out as a mini-project over a year ago and like these things do, grew... 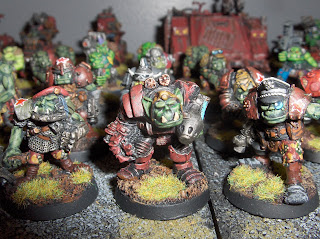 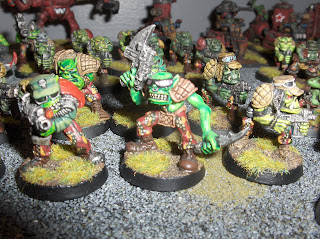 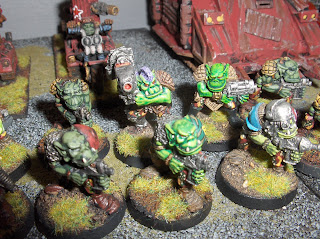 The current count is 65 or so models plus vehicles, with another 40+ metal models in the painting queue.  You can never have enough Orks, right? 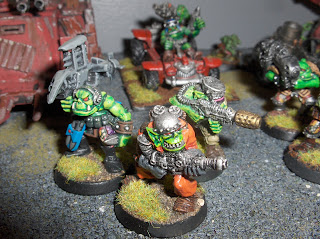 The latest additions to the "Red Star Boyz" came courtesy of Conscript Mike A., in a trade that brought me several dozen metal models painted by Conscript Kevin, and very nicely done they are too.  I like to think of my Orks as "multi-racial" and that's helped by the fact that Kev's Orks tend to have brighter green skin while the ones I've painted are much more muted in tone.  I did a little work to unify the armt by painting camo pants on most of the new models, to tie in with the rest of the force. 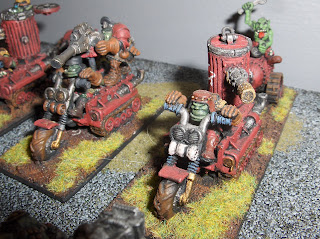 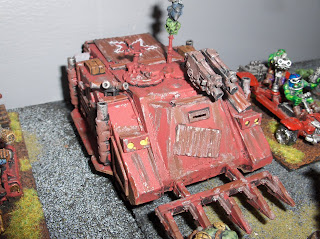 I also added a looted Rhino for some of the lads to ride in.  The buggy came in the trade as well. 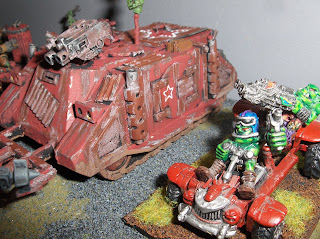 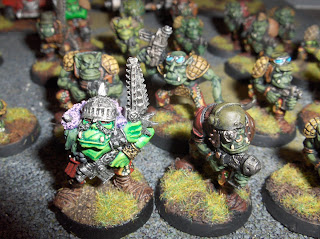 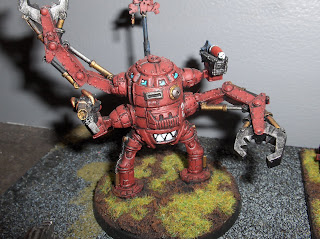 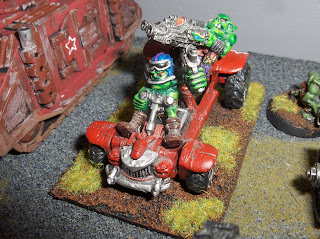 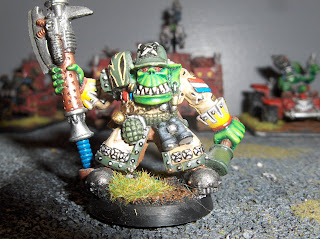 Although this model isn`t part of the army proper (it`s from the second edition, post-RT) I wanted to include some pics as it`s a simply amazingly-painted model.  Well done Kevin!
﻿ 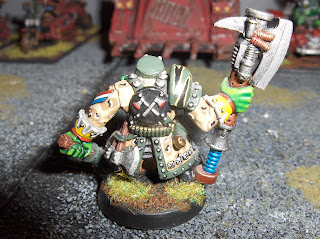 So let`s see some Armies on Parade from the rest of you lot!﻿
Posted by Dallas at 7:40 PM

...and this is one of how many armies, Dallas?

Looks great Dallas. Could be time for another RT smackdown soon...

>...and this is one of how many armies, Dallas?

If there's a game this week, I'll drag out my Nurgle stuff to be added to the "parade".